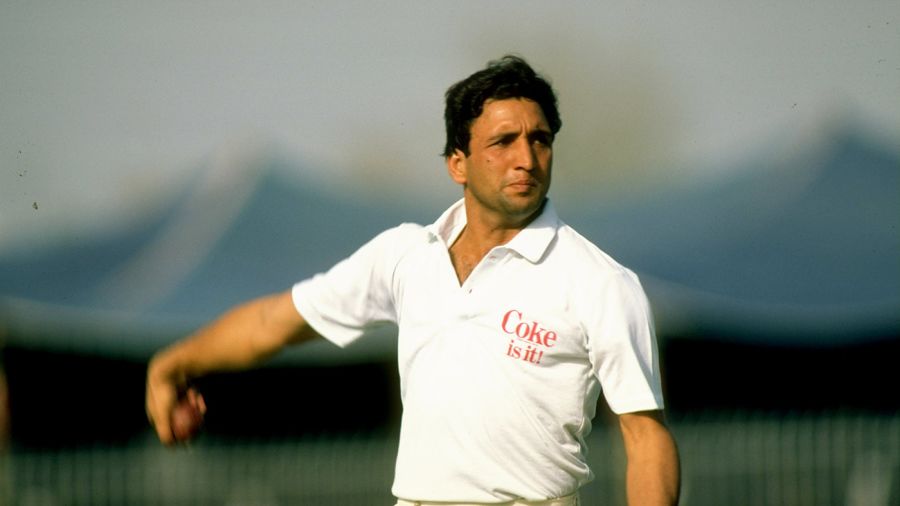 Abdul Qadir and Fazal Mahmood, two of the greatest to ever play the game for Pakistan, have been inducted into the PCB hall of fame.
Mahmood was a devastating swing bowler and such was his skill that he grew into becoming the very first superstar of Pakistan cricket. He made his debut against India in 1952, picking up 139 wickets in 34 Tests at an average of 24.70. His twin six-fors against England at the Oval in 1954 are part of cricketing folklore, especially the one in the second innings that helped Pakistan defend a total of 167.

After a professional career that lasted 20 years and having inspired generations of fast bowlers – Shoaib Akhtar called him “a torch bearer” – Mahmood died in 2005 aged 78. In 2012, he was posthumously awarded the Hilal-e-Imtiaz – the second highest civilian award – in recognition of his services to Pakistan cricket.

Qadir was every bit as influential and had such mastery over his legspin that it was almost like magic. Over a 13-year Test career, he picked up 236 wickets at an average of 32.80, including a nine-for against England. But numbers alone cannot encompass his impact on the game. He was a showman. When he had the ball, no one could look away. Even his action was a wonderfully extravagant routine, and he admitted more than once that it was contrived as a spectacle to distract the batters. Variety was the key; it was said he had six different deliveries per over.

Qadir left behind an immense legacy when he died in 2019 aged 63. He was conferred with the Sitara-e-Imtiaz, the third-highest civilian award in Pakistan, the following year. His son Usman has followed in his footsteps and is a reserve member of the Pakistan squad that is due to play the T20 World Cup.

PCB chairman Ramiz Raja heaped praise on both men as he prepared to induct them into the hall of fame, alongside Hanif Mohammed, Imran Khan, Javed Miandad, Wasim Akram, Waqar Younis, and Zaheer Abbas.

“Fazal’s heroics in the early days introduced Pakistan cricket to the world as a force to be reckoned with and later inspired the next generations of fast bowlers,” Raja said. “The wily, crafty and magical Abdul Qadir revived and reignited the slowly vanishing art of wristspin bowling. Fazal Mahmood and Abdul Qadir are all-time greats and truly outstanding ambassadors for Pakistan and global cricket.”