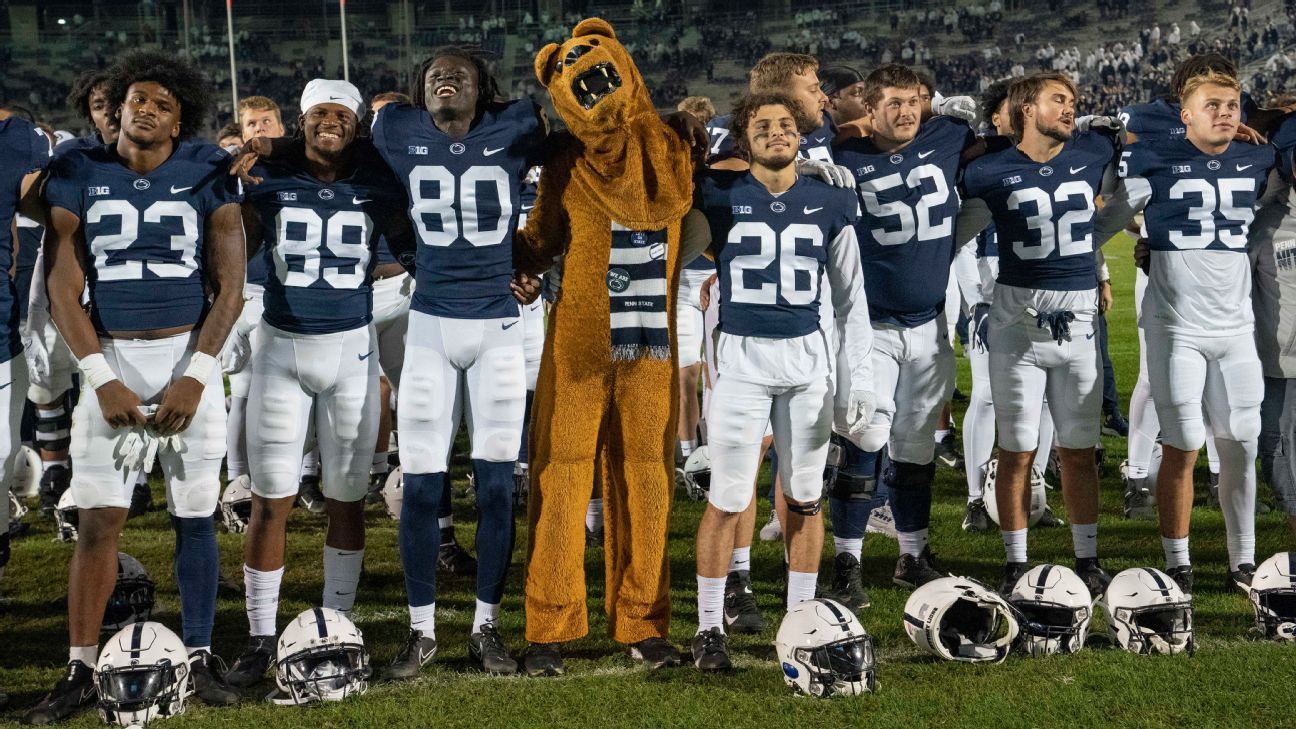 It’s Week 6, and it’s sure to be a good one. We’ve got the Red River showdown early in the day, a top-five matchup between No. 3 Iowa and No. 4 Penn State (hey, Cincinnati, this is your time to maybe sneak into the top four with a win over Temple!) and plenty more in store this Saturday.

Check out all the results, reaction and revelry from throughout the land.

We rarely get enough time to separate trends from small-sample oddities in a 12-game college football season. A two- to three-game sample is rarely treated as a trend in any other sport, but we have almost no choice here.

I mention that because of this:

Rivalry beef (or pork, we suppose)

We’ve been waiting all season long for this. The first East/West BBQ Bowl between Gardner-Webb and Campbell. And with a trophy like this on the line that features a hog, how could you not give it your all.

So yeah, let’s get things going already! And maybe this video is a sign of things to come?

And Gardner-Webb has been focused all week long, even preparing with an eating contest.

What do you do to prepare for the 1st annual N.C. East/West BBQ Bowl? Rib eating contest after practice! @GWUFootball defensive staff had an assassin. #BBQBowl #PlayForThePig #SkoDawgs pic.twitter.com/9CAqsIqYZD

Just in case you needed some more beef … well, pork, but you get what we mean!

It’s all fun and games

Remember when Lane Kiffin said to get your popcorn ready before Ole Miss played Alabama and then promptly lost 42-21? Well, we sure do, and so does Ole Miss. The first 5,000 fans at Saturday’s game will receive free popcorn.

Embrace life it’s to short to be serious!! It’s ok to laugh at yourself. 🏈🔥❤️@OleMissFB https://t.co/GN1shHnNC5

Know what other game will surely be a fun time? Oh yeah, it’s the Bottom 10 Battle of the Year between UMass and UConn.

Because it’s the most important game of the weekend, I wrote this for @SportsCenter. #Bottom10 pic.twitter.com/QfuCxapZs1

Are you hyped for the Red River rivalry?

Because we sure are, especially after seeing these uniforms from Oklahoma.

It’s all in the details for Ole Miss this weekend.

Up close and personal.

And Tennessee is going all dark mode.

For more on uniforms, check this out.