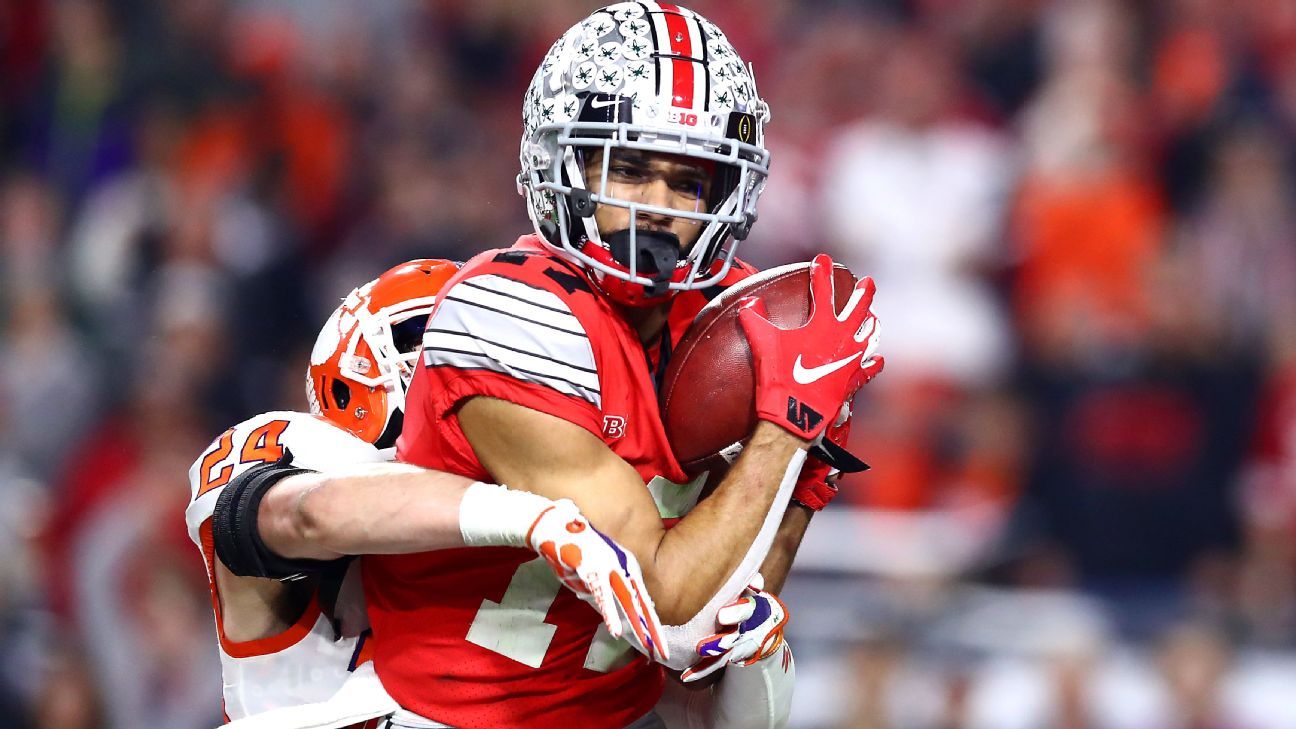 Ohio State is losing quarterback Justin Fields to the NFL draft, but his favorite target, Chris Olave, announced on social media on Monday that he’s returning to the Buckeyes for the 2021 season.

Olave, the Buckeyes’ leading pass-catcher the previous two seasons, was ranked by ESPN’s Mel Kiper Jr. as the No. 7 receiver had he entered the draft.

“There are so many great memories but we’re not done yet. I’ll be returning for my senior year at Ohio State,” Olave wrote in a message posted to Twitter.

The junior from San Marcos, California, had 50 catches for 729 yards with seven touchdowns this past season. In three seasons at OSU, Olave has 111 receptions for 1,175 yards with 22 scores.

With Olave returning, the Buckeyes are expected to bring back each of the five receivers who caught passes in 2020, including Garrett Wilson, Jameson Williams, Julian Fleming and Jaxon Smith-Njigba.

“It’s truly a blessing to have the opportunity for the 2021 NFL draft however … I will be returning to Ohio State for my senior season,” Smith wrote in a message posted to Twitter. “There’s still unfinished business that needs to be taken care of.”

Smith played in seven games this season for the Buckeyes, missing the national championship game against Alabama, and had nine total tackles, two sacks and a forced fumble on the year. He is entering his fourth season with the Buckeyes and has appeared in 29 total games in his career with 30 tackles and seven tackles for loss.

Returning Smith and sophomore Zach Harrison in 2021 will give Ohio State two veteran options along the defensive line.