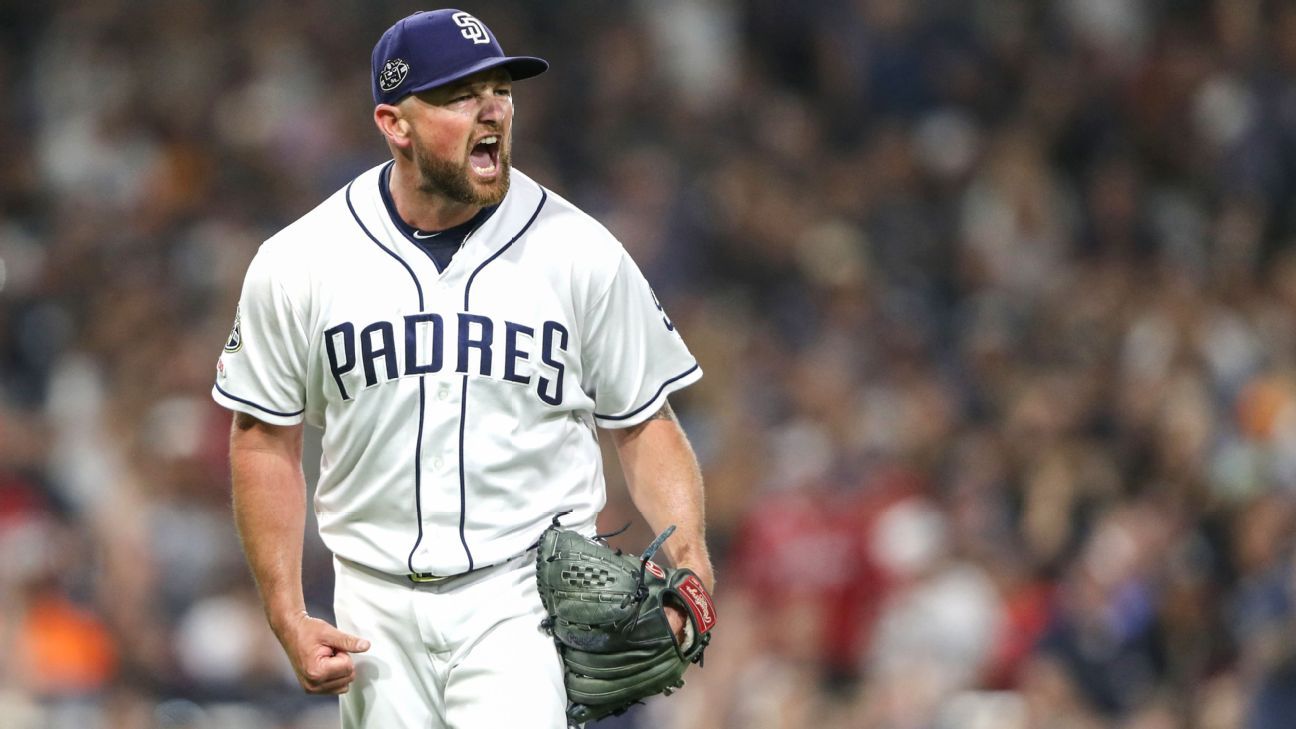 Free-agent reliever Kirby Yates has reached agreement on a deal with the Toronto Blue Jays, The Athletic reported.

The one-year deal has a $5.5 million guarantee, according to Sportsnet, and includes $4.5 million in performance bonuses for appearances and awards.

The deal is pending a physical, which Yates underwent Tuesday at the Blue Jays’ spring training facility in Dunedin, Florida, per The Athletic.

Yates pitched just 4 1/3 innings last season for the San Diego Padres before undergoing season-ending surgery in August to remove bone chips from his right elbow. Before the surgery he struggled in his six appearances, going 0-1 with a 12.46 ERA and two saves.

Yates was one of baseball’s best relievers the previous two seasons for the Padres, and led the majors in 2019 with 41 saves. He also had a miniscule 1.19 ERA that season in 60 appearances and was selected as an All-Star for the first time.

The 33-year-old right-hander has a 3.54 ERA and 57 saves in 291 appearances over seven major league seasons with the Tampa Bay Rays, New York Yankees, Los Angeles Angels and Padres.