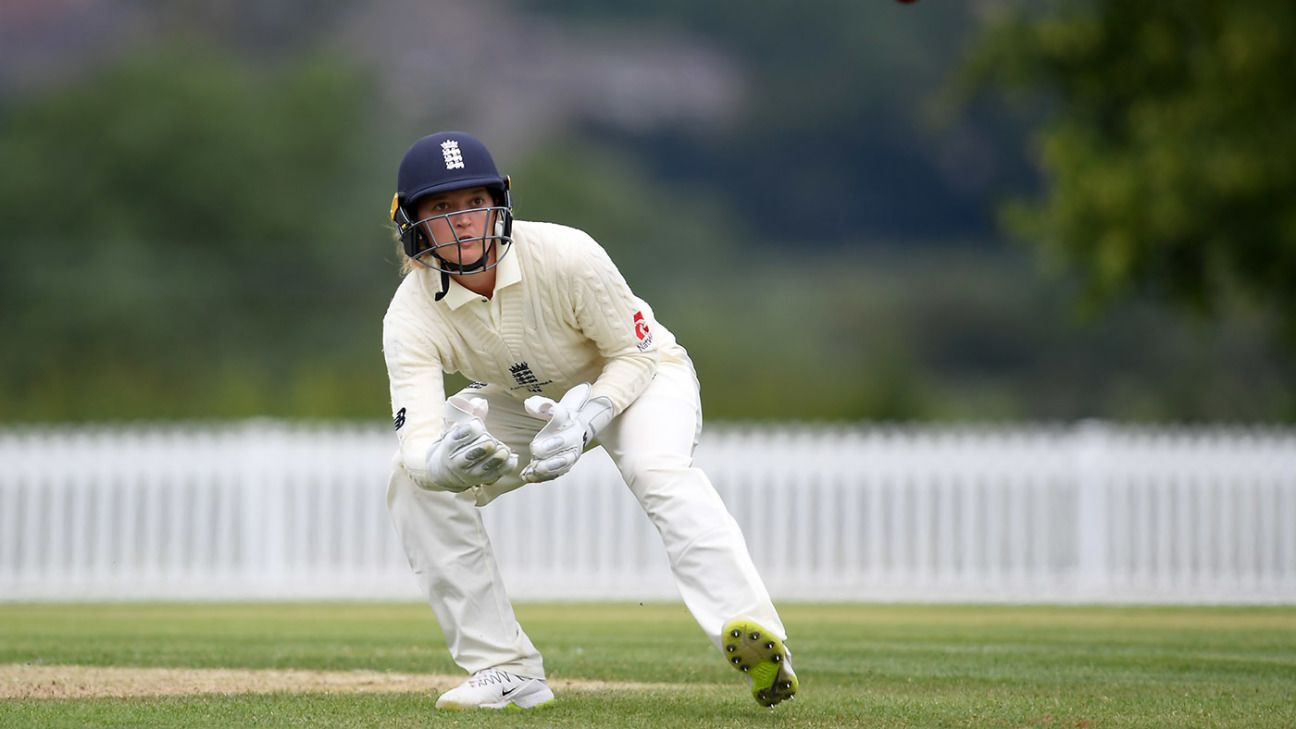 Sarah Taylor, England’s World Cup-winning wicketkeeper, says that a new sense of identity has left her in a “much healthier, happier place” after retiring from the game aged 30 due to anxiety issues, and has not ruled out making a comeback on the cricket field.

In fact, having not picked up a bat since her last match, for KSL side Surrey Stars in August 2019, Taylor was poised to have her first hit at Bede’s School in Eastbourne, where she now works as a sports and life coach. Then the Covid-19 situation in England worsened, schools closed as part of another national lockdown and she was placed on furlough, leaving any prospect of a return to the sport – or not – in limbo.

“I’ve got my cricket bag at school, ready to have a net,” Taylor tells ESPNcricinfo. “Given everything that’s happened, the school’s obviously shut down. I was ready to have a hit just to see where I was at.

“Until I have that hit, I really can’t give you give you anything but yeah, it’s not a yes and it’s not a no.”

Taylor made the last of her 226 appearances for England in the Ashes Test of July 2019, pulling out of the subsequent T20s which rounded out the multi-format series against Australia. She announced her retirement two months later.

Taylor had already taken a break from the sport in 2016 after a long-term battle with anxiety that resulted in panic attacks and left her unable to get out of bed at its worst.

She returned to the sport, missing or curtailing her involvement in series as part of a management plan aimed at limiting the amount of time she spent on tour, away from home and family, which she had discovered was a major trigger for her anxiety. But when she felt her anxiety spilling into her cricket again, she decided to retire.

While she points out that it wasn’t cricket fueling her anxiety by that time but her anxiety affecting her cricket that sparked her decision, she believes she is much better off for retiring. Asked how she arrived at the point where she is now “comfortable in my own skin”, the answer is relatively simple.

“Well, I retired,” Taylor said. “So that was obviously a big one. Not that I had anything against cricket, it was just the lifestyle, the expectation of myself, from others, I struggled to deal with and I started to resent the sport a little bit.

“I was in a very unhealthy place that I couldn’t control and it was just spiralling, and I didn’t want to let things happen, just to let them happen, because I was unhappy and I didn’t understand that.

“But now, I think that juggling of Sarah Taylor, cricketer, and Sarah Taylor, the person, I’ve got that right now. I’m Miss Taylor at Bede’s, which is odd, and to my friends, I’m just Sarah.

Hearing that makes a cricketing comeback sound a long way off, but perhaps less so given that she is willing to give it a go and accept whatever feelings it sparks. That’s a far cry from the sense of expectation and not wanting to let others down that weighed so heavily in the past.

In the meantime, teaching youngsters between the ages of about 10 to 18 poses a whole new set of challenges, whether it be engaging those who would rather just play than learn the technicalities of glovework, to coaching an entirely different sport. But they are challenges Taylor is relishing rather than fearing.

“Because my whole life for so long was cricket, that actually I can now flip into, I’m just going to stand in the middle of a hockey pitch and coach hockey, and it’s the most random scenario that you never thought you see yourself in, it’s so kind of humbling and grounding that it takes away that kind of staleness of doing the same thing all the time,” she says.

There is also a strong mental health focus to Taylor’s role.

“The kids need to know about the experiences that us all as teachers, or all adults really, have been through,” she adds. “The kids respond really well to it.

“They need people to talk to, especially in these times. We have counsellors there as well, so there’s a real push at the school, that kind of holistic side of things, to help out. It was a no-brainer, really, to work there.”

Taylor has also extended her work in the mental health field to the wider community, helping to launch the Sussex Cricket Mental Health and Wellbeing Hub on Monday. The online platform allows people to access mental health services and watch videos of others – including Taylor – tell their own mental health stories (read more here).

And while fans of Sarah Taylor, the cricketer, and “just Sarah” alike will be pleased that she is so ensconced in her next chapter, they will no doubt keep a keen eye on where the plot might go next.

Valkerie Baynes is a general editor at ESPNcricinfo