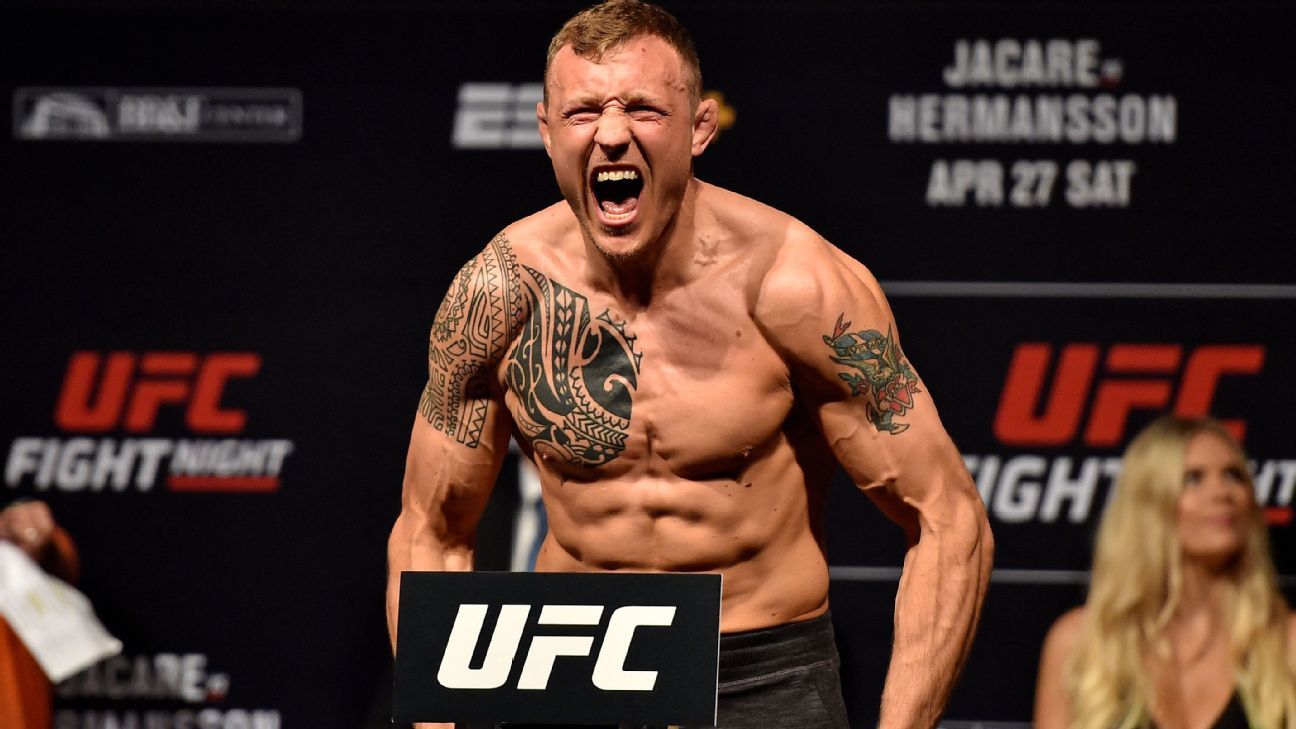 Jack Hermansson will face Marvin Vettori in the middleweight main event of UFC Fight Night on Saturday at the promotion’s Apex facility in Las Vegas. The fights will be broadcast on ESPN2 and ESPN+, with the main card starting at 10 p.m. ET, preceded by prelims at 7 p.m.

Vettori is Hermansson’s third opponent for this fight card. Originally, he was to face Darren Till, but the Brit pulled out of the bout because of a knee injury. The UFC then booked Kevin Holland as a replacement opponent, but last Saturday Holland was removed from the fight because of a positive COVID-19 test and replaced by Vettori.

The event is part of V Week, held Dec. 1-12. Donate to the V Foundation for Cancer Research.

You can also donate to the Stuart Scott Memorial Fund.

Hermansson (21-5) has won five of his past six fights, most recently a quick first-round submission of Kelvin Gastelum in July. Hermansson is No. 6 in the ESPN middleweight rankings.

Vettori (15-4-1) has won three in a row, and he too got it done by first-round tapout in his last outing, submitting Karl Roberson in June.

Saturday’s main card also has a light heavyweight co-main event featuring former title challenger Ovince Saint Preux, who has won two of his past three, with the loss coming during a one-fight detour to heavyweight. OSP takes on undefeated Jamahal Hill, who is coming off his first UFC finish, a first-round, ground-and-pound TKO of Klidson Abreu in May.

Watch the fights on ESPN+. If you don’t have ESPN+, get it here.

UFC Fight Night predictions: Does anyone give Marvin Vettori a chance vs. Jack Hermansson?