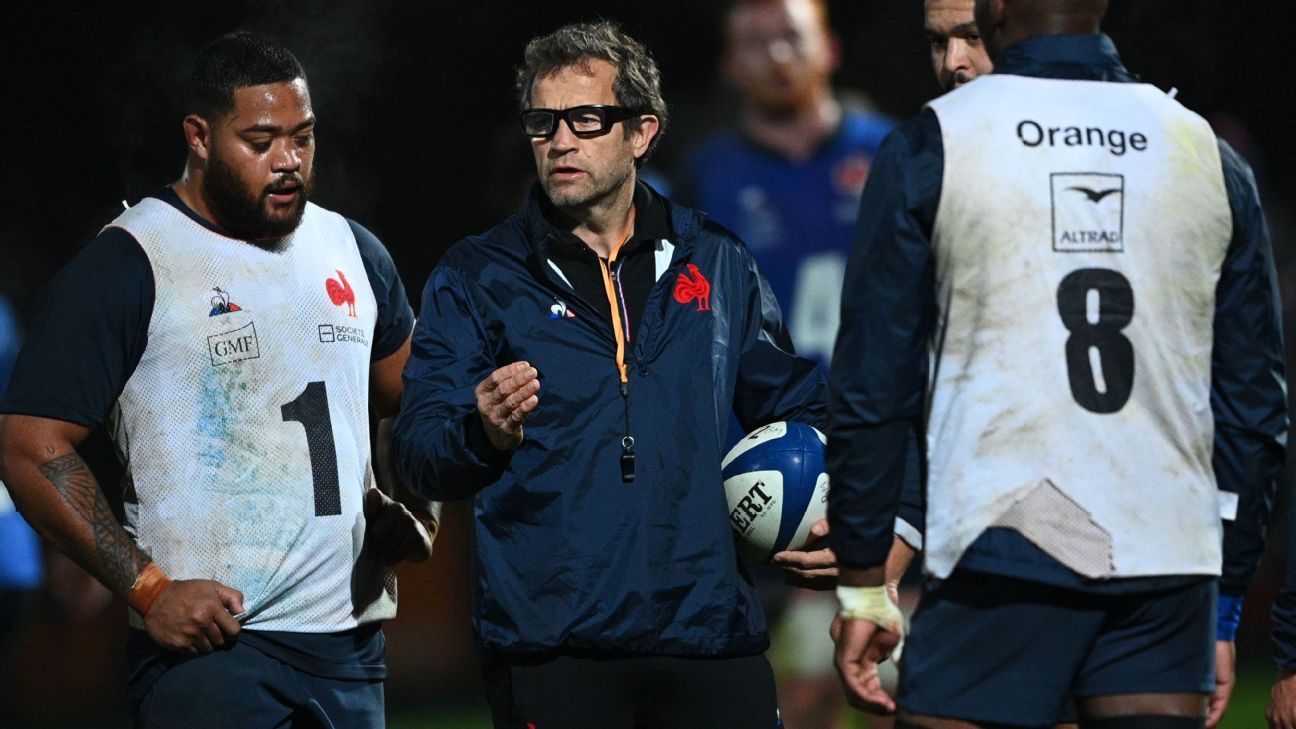 France coach Fabien Galthie named an inexperienced and youthful team as expected to face a seasoned England side in the Autumn Nations Cup final, making six changes for Sunday’s clash at Twickenham.

An agreement between the federation and the Top 14 meant that no player could be involved in more than three France matches during the autumn international window, leaving Galthie to name a team boasting a total of 68 caps — to England’s 813.

“We read headlines saying ‘England showdown thrown into a farce.’ I can tell you that our players are worthy of the cap they’re earning,” team manager Raphael Ibanez told a news conference.

Having already had to cope without the vast majority of his first team in their previous encounter against Italy, Galthie was also forced to leave scrum-half Baptiste Serin and wing Teddy Thomas out of the side to face England.

Full-back Brice Dulin, with 30 international tests under his belt, is the most experienced player named in the side ahead of fly-half Matthieu Jalibert, who has seven caps, in a team averaging 23.8 years old.

No. 8 Selevasio Tolofua is the only uncapped player to start but five others have just a single cap to their name.

“England have years of collective experience and we have a young team who’ve had only two training sessions together,” Galthie said.

Les Bleus, however, are where they wanted to be.

France finished second in the Six Nations behind England on points difference despite beating Eddie Jones’s team in the championship’s opening round of games.

“When we started together, we wanted France to be back among the world’s top nations and we wanted to be title contenders,” Galthie added, who has led France to seven wins in eight tests since he took over this year.

“We were joint top of the Six Nations and now we’re contesting for the title.

“These inexperienced players needed to learn quickly and they have been learning quickly.

“We have had the opportunity to improve on what we can offer our players in terms of preparation.”

‘We can do better’: Even when Steph Curry is on, Warriors struggling to find their rhythm
Wyshynski: Why the Maple Leafs are my Stanley Cup pick
Ryan Garcia aiming to retire at 26, then try MMA
Dan Campbell might not be popular Lions choice but he could be the right one
Ex-A’s pitcher bids $115M on share of Coliseum