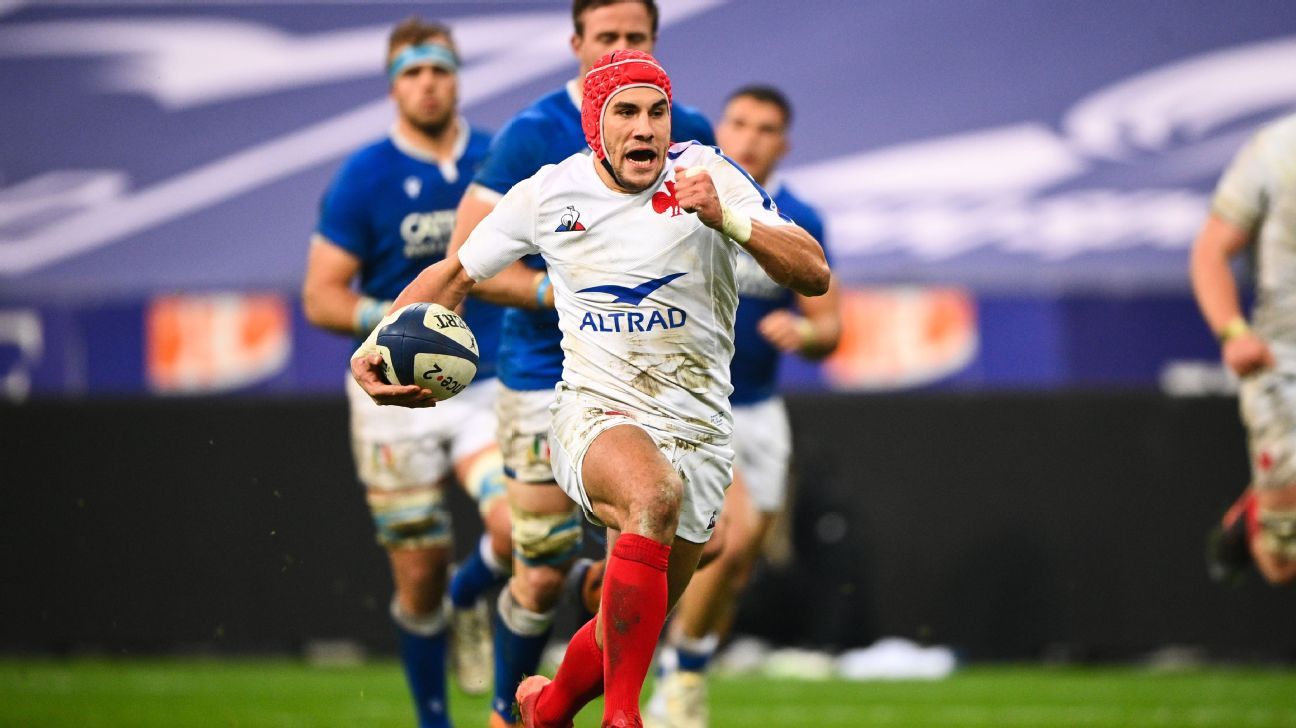 A revamped France beat Italy 36-5 at home on Saturday to top Autumn Nations Cup Group B and set up a bizarre final with England next weekend.

Following an agreement between the federation and the league, coach Fabien Galthie had to made 13 changes to his A-team and the same players will have to face England at Twickenham next Sunday.

Les Bleus, however, did the job at the Stade de France following a poor start, scoring five tries through Jonathan Danty, Gabin Villiere, Baptiste Serin, Teddy Thomas and Sekou Macalou, the other points coming from the boots of Matthieu Jalibert and Louis Carbonel.

Italy scored a try through Carlo Canna, as they finished third on five points with France on 14 and Scotland on 11. The Azzurri should face Wales in Llanelli next Saturday unless Georgia claim a bonus-point win or make up a largely negative points difference against Ireland in Group A on Sunday.

There was a minute’s silence in memory of former France international Christophe Dominici, who died on Wednesday at the age of 48.

With five uncapped players and only two from the team who beat Scotland last weekend, France lacked cohesion and discipline.

Canna burst through the defence to put Italy ahead after Jalibert had opened the scoring with an early penalty. Les Bleus regained the advantage shortly before the interval when Danty touched down after being set up by Baptiste Serin from a scrum.

Jalibert converted and Les Bleus reached the break with a 10-5 lead. France scored three tries within nine minutes between the 55th and 63rd minutes.

Winger Villiere scored at the end of a 35-metre slalom, Serin sneaked through to add his team’s third just before Thomas dived over after being set up by Brice Dulin.

Italy were down to 14 on the pitch after Jacopo Trulla had been sin-binned following an illegal tackle.

Macalou capped a decent performance with a last-second try converted by Carbonel.

With players allowed to feature on a maximum of three match sheets for the autumn tests, France will still be without the likes of scrum-half Antoine Dupont and usual captain Charles Ollivon at Twickenham.