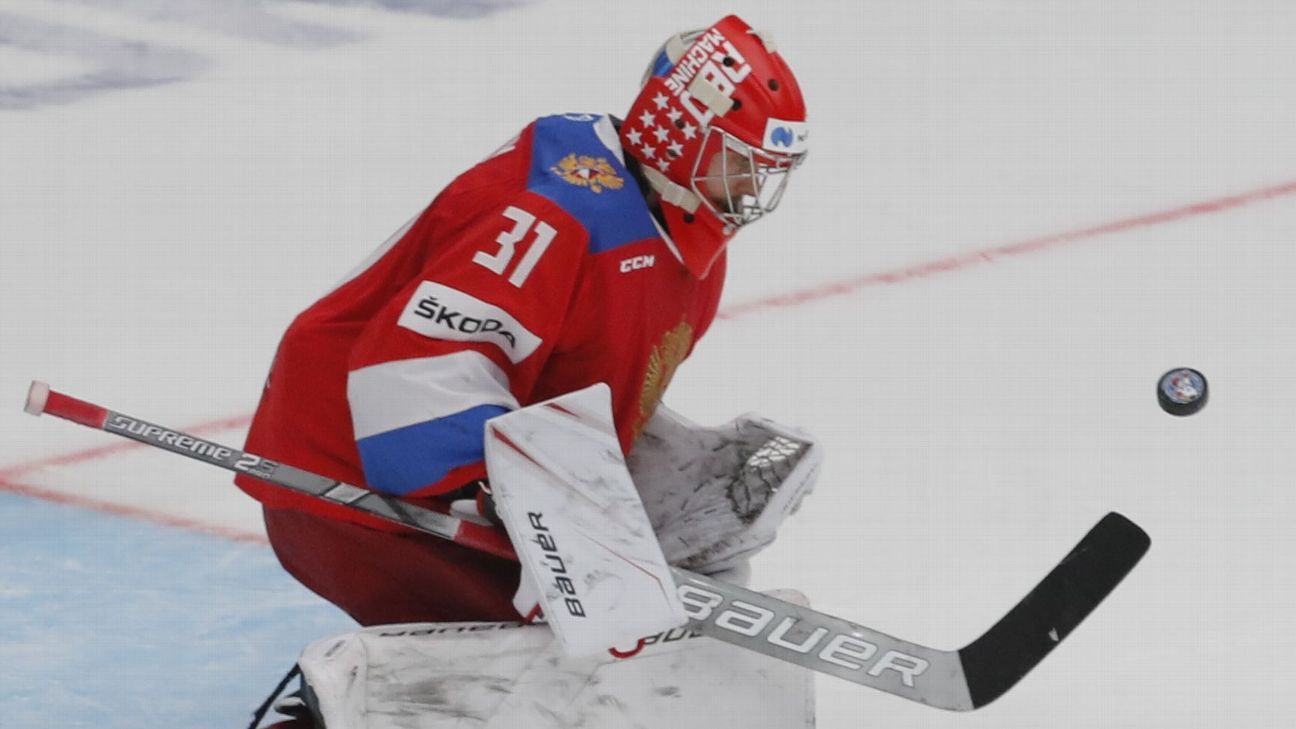 Kirill Kaprizov, Alexander Romanov and Ilya Sorokin — three of the best NHL prospects playing in Russia’s KHL — signed deals with their respective NHL clubs on Monday. There’s only one catch: they won’t be available to play for their teams in this summer’s 24-team restart.

The Wild (Kaprizov), Canadiens (Romanov) and Islanders (Sorokin) each decided to burn a year of their prospect’s eligibility and utilized a 53-hour window which began Monday to sign their draft picks, just happy to get them in the building. According to an agreement between the NHL and NHLPA, any player signing a new contract for the 2019-20 season will be able to participate in training camp and travel to the bubble, though they will be ineligible to play in postseason games.

Romanov, a 20-year-old defenseman, signed the longest deal at three years — meaning he will be on his entry level contract for Montreal through 2021-22 season. Romanov was a second-round draft pick of the Canadiens in 2018.

Sorokin, the reigning Gagarin Cup MVP, was a third-round pick of the New York Islanders in 2014, and has long been viewed as their goaltender of the future. The 24-year-old’s contract is only through this season, at which point he will become a restricted free agent.

The 23-year-old Kaprizov, a fifth-round pick by Minnesota in 2015, secured a two-year deal. Since he was drafted, three different Wild general managers (Chuck Fletcher, Paul Fenton and now Bill Guerin) have made trips to Russia to court the winger. Kaprizov scored the game-winning goal in the Olympic gold-medal game in 2018, which made him a national hero.

By peers, Kaprizov has been largely viewed as the next great NHL superstar to come over from the KHL, following the footsteps of New York Rangers forward Artemi Panarin.

“I think everyone sees it,” former NHL and current KHL forward Nigel Dawes told ESPN in January. “It’s kind of a no-brainer. He’s a great player, he’s done a lot already in his young career. I’m sure he’ll face some challenges going over to North America, but the way he plays the game and the type of guy he is, and his character, I think he’ll have a lot of success in the NHL.”

The Wild campaigned for Kaprizov to be eligible immediately, though that was ultimately denied.

“I stated my case,” Guerin told the ESPN on Ice podcast last week. “There are things going on at the league and negotiations going on at the league, and decisions are made there that they make them for a reason. When they make them, you don’t have to like it, but you have to support it. We’ll deal with it…. It’s disappointing that we won’t have him available to us, but in the bigger picture we’ll eventually get him signed and he’ll be part of our team and we’ll be really happy about that.”

Sorokin will have to compete for the starting job with the Islanders, as countryman Semyon Varlamov is signed through the 2022-23 season. In an interview with ESPN in January, Sorokin said he met Varlamov three years ago and called him “a great guy and great sportsman.”

Sorokin is also good friends with Rangers rookie goaltender Igor Shesterkin, a rapprt that could set up interesting dynamics in the New York hockey rivalry for years to come.

Capital One Arena ready to take cash bets
Experts debate: What now for Terence Crawford? Is Luke Campbell too big a step for Ryan Garcia?
Football historians talk about the game in a previous pandemic
Todt: ‘Inappropriate’ to force drivers to take a knee
A championship performance and two KOs to remember on a Saturday packed with fights