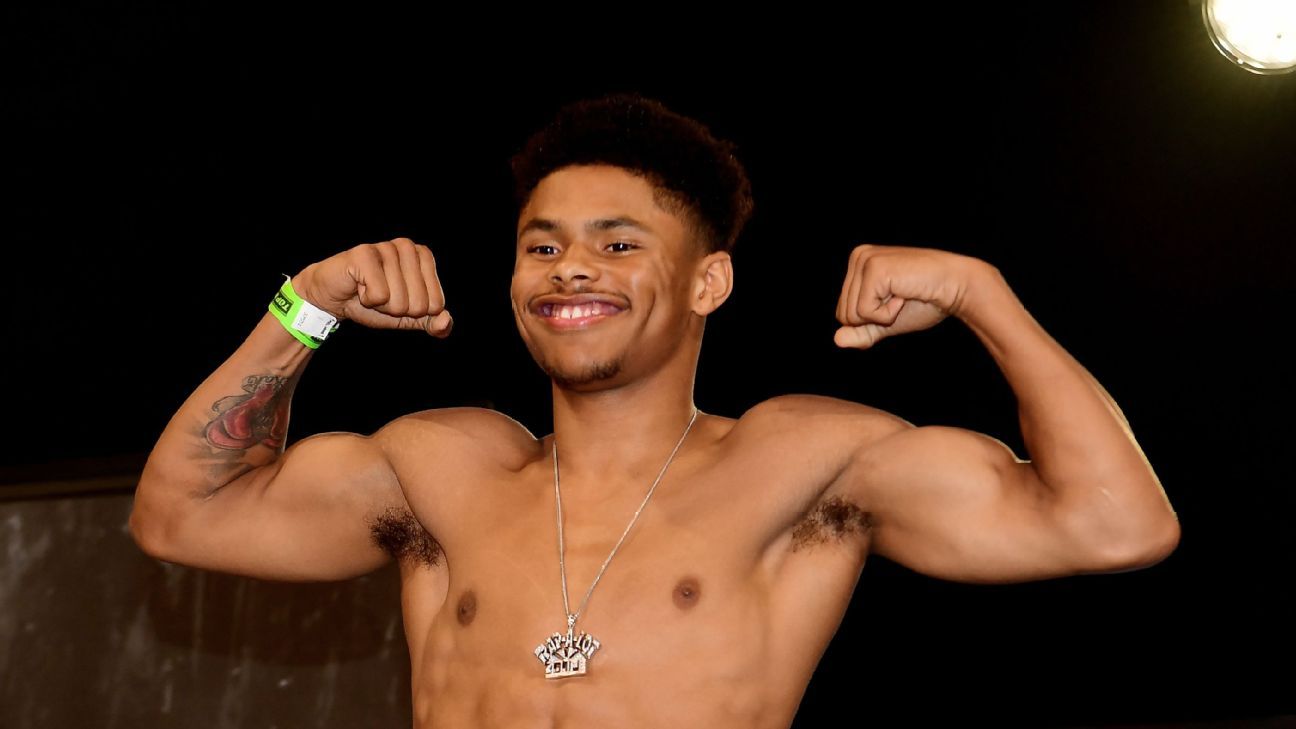 Shakur Stevenson is vacating the WBO featherweight world title to move up to the junior lightweight division.

“We’re moving on up … We’re getting all the belts, and everyone at 130 (pounds) can get it,” Antonio Leonard, who co-promotes Stevenson, told ESPN on Thursday.

Stevenson (14-0, 8 KOs) was scheduled to unify titles with IBF belt-holder Josh Warrington this summer, but those plans were disrupted by the coronavirus pandemic, and ultimately, the inability to make a deal that satisfied both parties.

Even if the Warrington fight was still possible, Stevenson said he is ready to move up.

“I just didn’t want to keep making that weight,” Stevenson told ESPN. “I think I should be in the rankings to fight for a title (at junior lightweight) ASAP. I think I deserve it.”

“We’re putting all those guys on notice at 130,” said Leonard, adding that Stevenson could be ready to fight again in August. “They can bring the belt, vacate them, because Shakur’s going to whup everybody — it don’t matter who it is. We’re taking on all comers.”

Until fights against the title-holders can materialize, Stevenson said he has one opponent in mind.

“I want Leo Santa Cruz,” said Stevenson. “It seems all the belt-holders are occupied with opponents. But I really want Santa Cruz, though.

“They know I’m coming for them. They see I’m on the way.”

One candidate to fight for the belt Stevenson is vacating could be WBO junior featherweight world titlist Emanuel Navarrete (31-1, 27 KOs), who also has plans of moving up one division.

“Navarrete has publicly stated he is moving up to 126 (pounds). We haven’t received an official communication from his team relinquishing the title, but that’s highly likely,” Gustavo Oliviere, in-house counsel for the WBO told ESPN. “If (Navarrete) relinquishes the title, he’s going to be available to fight for the vacant title (at 126).”

Since defeating Isaac Dogboe in December 2018 to win the belt, Navarrete has been one of the busiest world champions in the sport, having fought six times, five of them in title defenses. On June 20 he faced Uriel Lopez in Mexico, scoring a sixth-round TKO.

Juan Carlos Torres of Zanfer Promotions, who co-promotes Navarrete, also said he believes it is likely the fighter will vacate his title.

“And this is the idea,” Torres said. “A fight for the vacant title against Jessie Magdaleno. So that’s a possibility for September, October. That’s not a bad idea, and that’s what’s probably going to happen.”