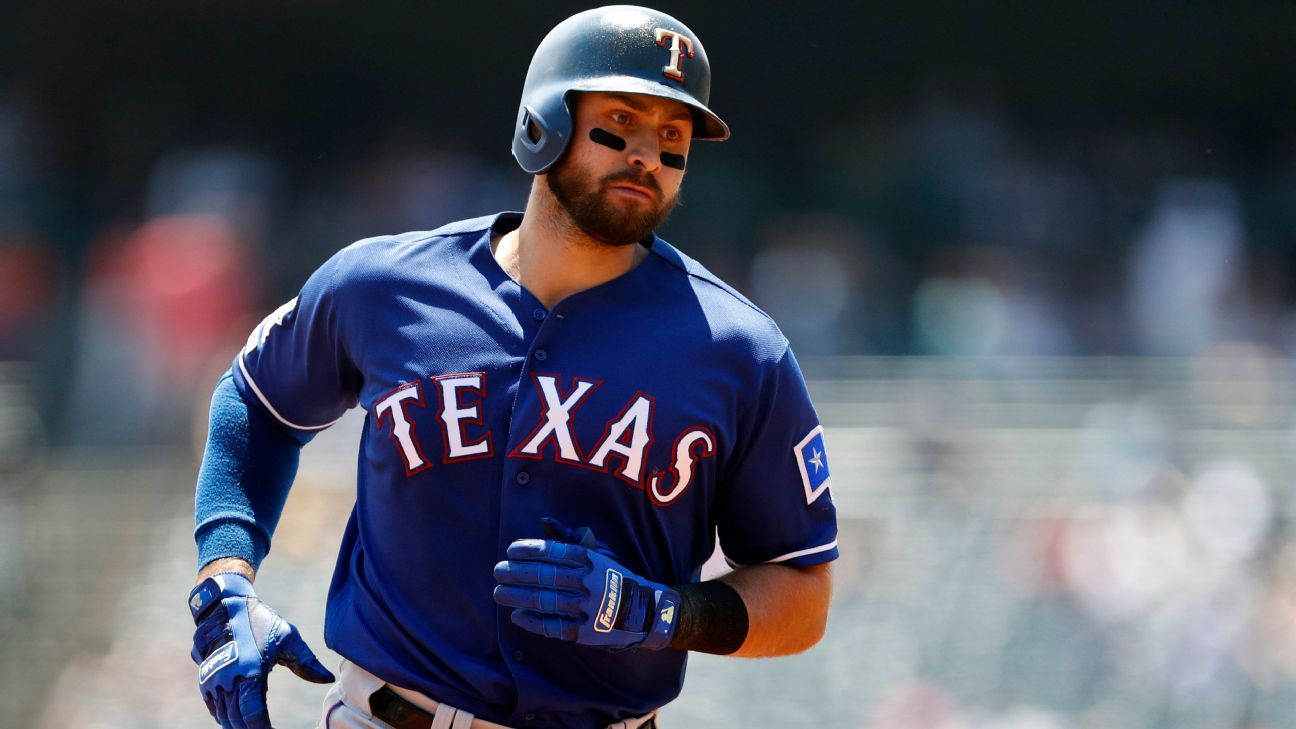 All-Star slugger Joey Gallo has been cleared to return to the Texas Rangers for team workouts after previously testing positive for the coronavirus, the team announced Friday.

Gallo had to have two consecutive negative tests more than 24 hours apart in order to be cleared by a physician.

The outfielder, who was asymptomatic, had missed the start of summer camp and was isolating after testing positive. Gallo, 26, initially took a saliva test as part of the team’s intake process June 27 and got a positive result two days later. Gallo, who allowed the Rangers to share the information, took a nasal swab test on June 30 that came back negative, but then had another saliva test that came back positive Sunday.

Gallo has 110 career homers in his 416 big league games. After consecutive 40-homer seasons while hitting under .210, he had 22 homers and a .253 average in 70 games last season, when he was an All-Star before right wrist surgery. He homered in the All-Star Game.