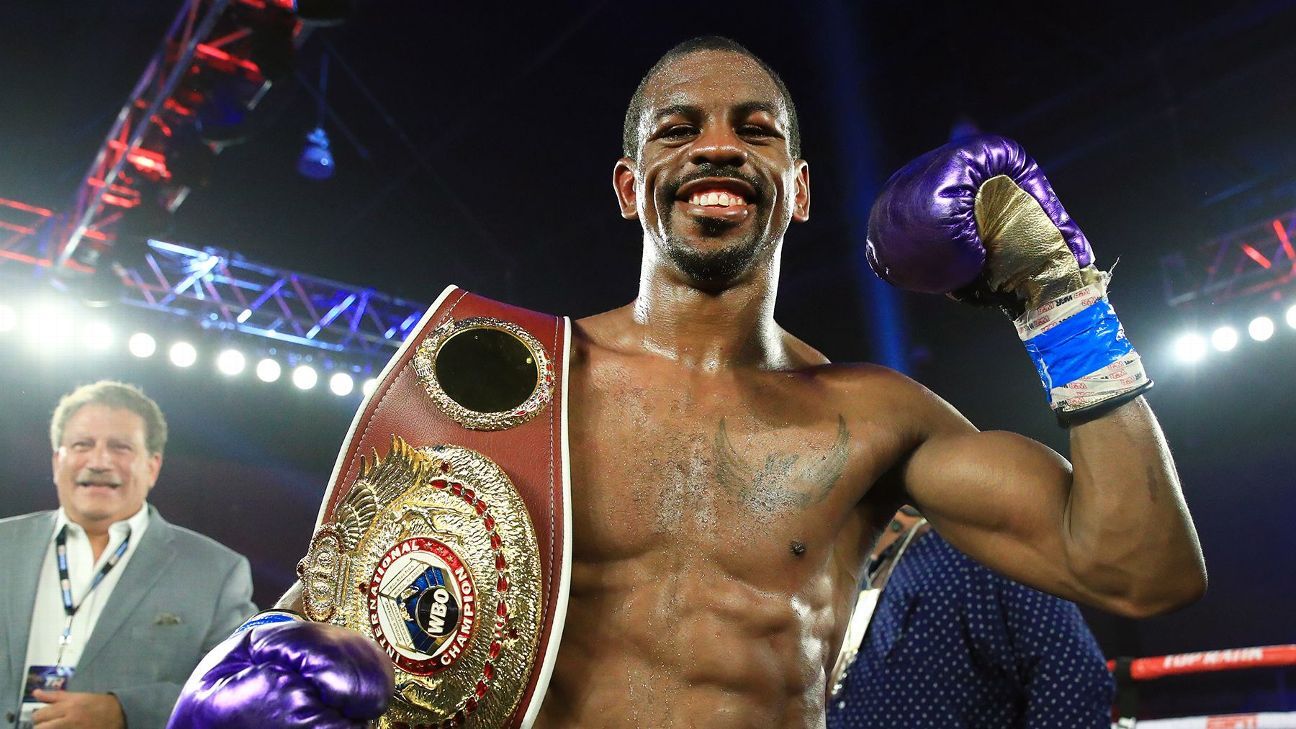 Just over three weeks after testing positive for COVID-19, WBO junior lightweight world titlist Jamel Herring is feeling ready enough to put his title on the line on Tuesday, July 14 against Jonathan Oquendo (ESPN, 8 p.m. ET) — even in the face of his team suggesting he should consider not putting that belt on the line.

Herring tested positive on June 21, ahead of a fight against Oquendo that was originally scheduled for July 2. Herring is now symptom-free and tested negative in a follow-up COVID test, but according to a report from ESPN’s Mark Kriegel, within the last 10 days Herring’s camp asked the fighter if he would be willing to turn his 12-round title defense into a 10-round non-title fight.

Herring’s response was a resolute, “absolutely not.”

According to Kriegel, the former Marine feels bound by honor and duty, even when it may come at his own expense. Herring says he is 90 percent of what he usually is and that he’s getting better every day. He also says that he feels very confident that he will beat Oquendo.

Herring’s strength and conditioning coach Jamie Belt said there’s been no fall off in training since Herring returned, and that the only significant symptom that Herring showed during his time with the virus was a fever.

Most of the concern from Herring’s team derives from the uncertainty surrounding recovery post-COVID, but the team feels they’ve done what they can to prepare him for Tuesday’s fight.

“We have no idea how athletes recover from COVID,” said Paulina Endara of Perfecting Athletes, who works as Herring’s nutritionist. “This is still so new. But we’ve done everything we can to make sure Jamel is healthy and ready to fight.”

Coach: Neal septic, on dialysis while in hospital
Ben Stokes to miss rest of England-Pakistan series for family matter
Champions League quarterfinal preview, predictions and the sleeper team to watch (hint: Atalanta)
What you missed this weekend: The Lakers’ Madden tournament is getting tight
LPGA Shanghai tourney canceled due to virus