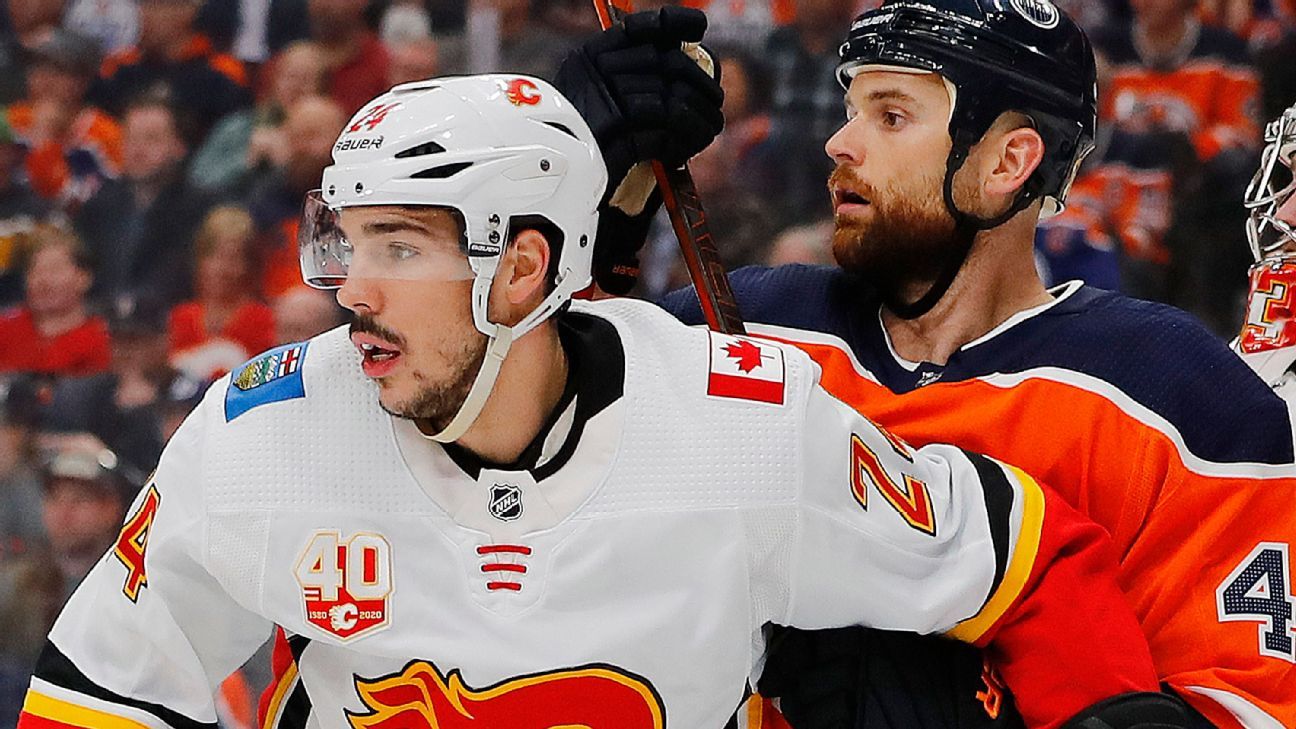 Flames defenseman Travis Hamonic became the first NHL player to opt out of this summer’s restart.

“Earlier this evening Travis called me to inform us that he has decided to opt out of the NHL return to play program,” Treliving said in a statement. “Travis explained that due to family considerations, he has made the difficult decision not to participate in the Stanley Cup qualifier and playoffs. While we will miss Travis in our lineup, we understand and respect his decision. Our focus remains on preparation for training camp and our upcoming series in the NHL qualifying round.”

In a statement posted to Twitter by Hamonic’s representatives, he said he was opting out over concern for his daughter, who was hospitalized in 2019 because of a respiratory illness when she was 8 months old.

Players have until Monday to inform their teams if they are opting out. As part of the NHL and NHLPA’s agreements, players will not be punished if they choose not to play this summer, and they do not need to cite a specific reason.

Hamonic, 29, only played in 50 of the team’s 70 games this season and was on injured reserve with an upper body injury when the NHL paused play on March 12. Hamonic is on the final year of his contract and will become an unrestricted free agent this fall.

Hamonic is a 10-year NHL veteran, and played his first seven seasons with the New York Islanders.

The Flames will face the Winnipeg Jets in the qualification round, which is a best of five series. The Western Conference games will be held in Edmonton, Alberta.