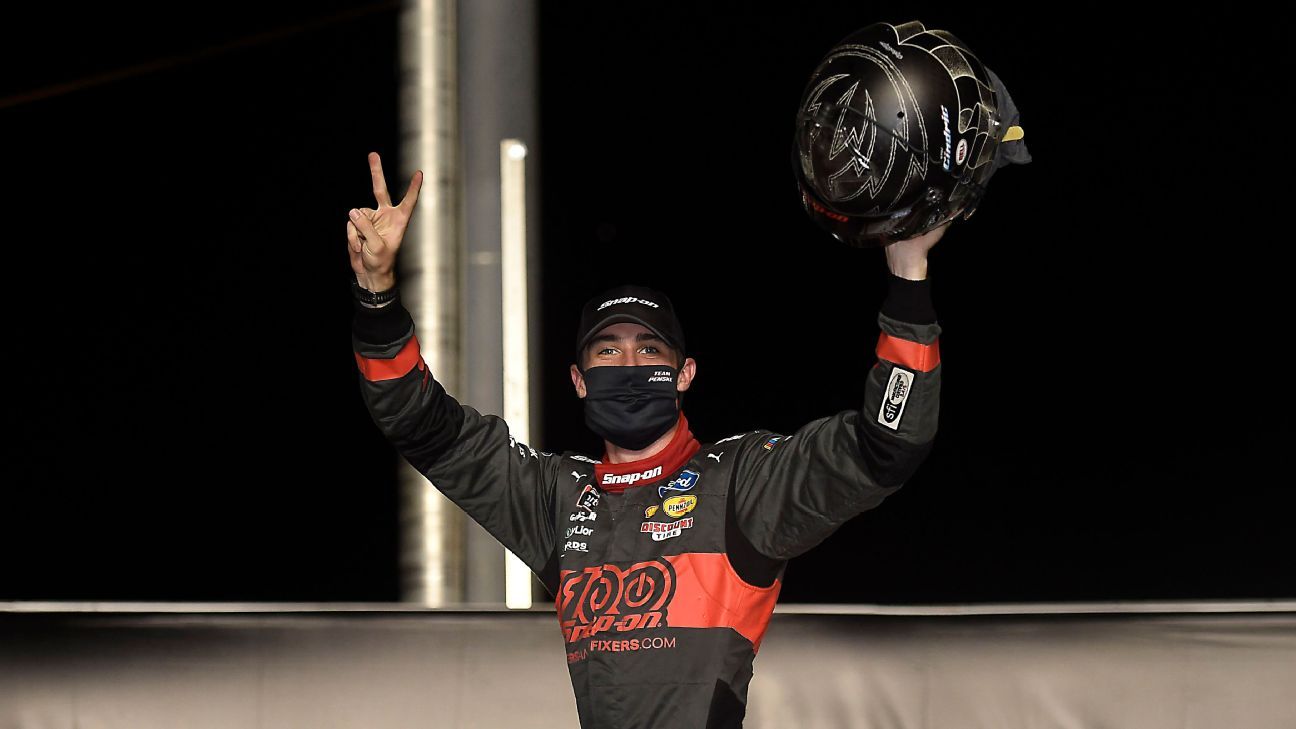 A night after racing to his first career oval victory in an overtime finish, the Team Penske driver was even stronger in the No. 22 Ford Mustang in the 300-mile capper.

Cindric was third in the first stage, won the second and stretched it out in the final segment. He trailed briefly on the final restart, then sliced through two cars out of Turn 2 and rolled to victory by 2.262 seconds over points leader Chase Briscoe in the No. 98 Ford.

Just after Cindric celebrated his victory with a burnout, drivers Harrison Burton and Noah Gragson argued before throwing punches in a fight that lasted several moments before they were separated.

“I had a lot of people come up to me and say that was a long time coming, so I guess that was the popular move,” said Burton, alluding to previous clashes with Gragson. “I was just frustrated, and sorry for our team that that happened.”

Justin Haley was third, followed by fellow Chevy drivers Ross Chastain and Justin Allgaier, who was cleared to race earlier in the day after being taken to a hospital following Thursday night’s race.

Shortly before the race, Allgaier tweeted a video where he said doctors weren’t happy with his heart rate after Thursday’s race, but tests showed there were no issues.

The 21-year-old Cindric, son of Team Penske president Tim Cindric, won twice last year on road courses at Watkins Glen and Mid-Ohio. On Friday night, he led the final 43 laps and 130 of 200 overall.