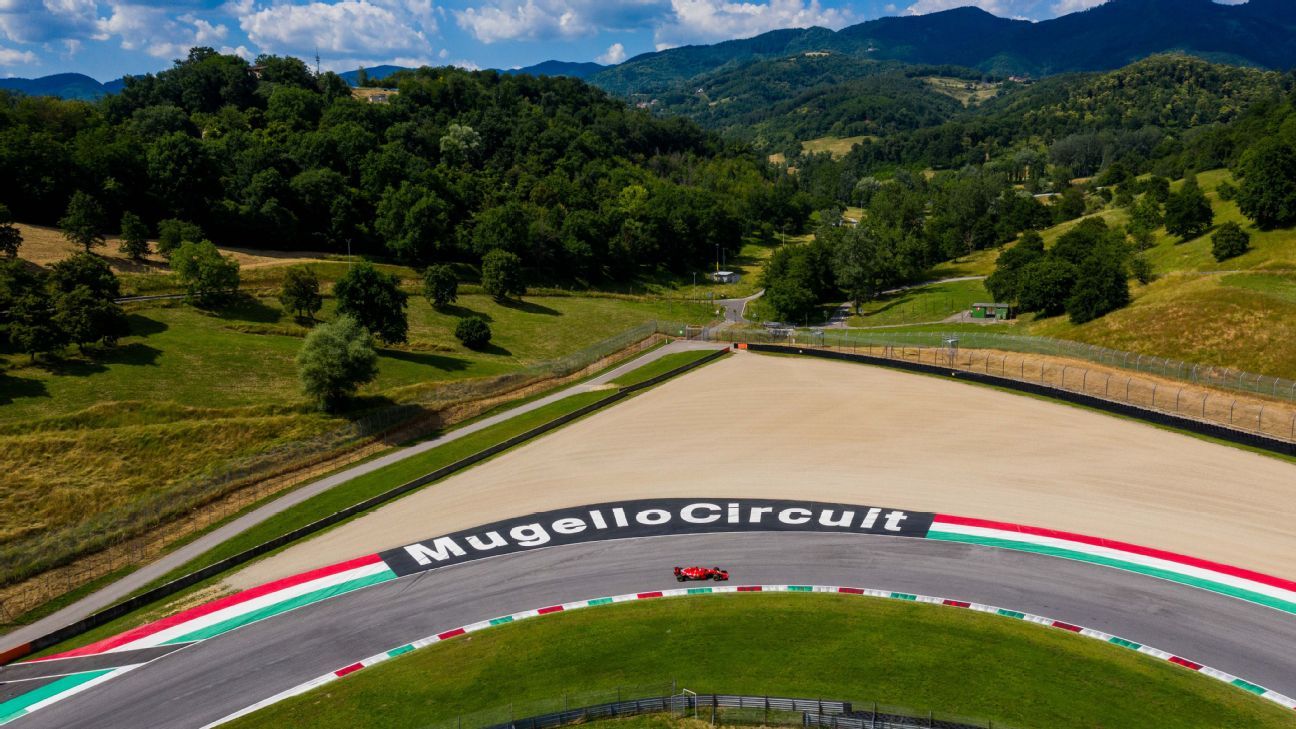 Italian circuit Mugello will host its first Formula One race later this year after being added to the evolving 2020 schedule.

Mugello, the Tuscany circuit owned by Ferrari, will host the Grand Prix of Tuscany on September 13. It will mean Ferrari will celebrate its 1000th at its own circuit. It named this year’s car the SF1000 to commemorate that milestone.

Ferrari drivers Charles Leclerc and Sebastian Vettel drove Ferrari’s 2018 F1 car at the circuit last month in a test to prepare for the new season.

The Russian Grand Prix at Sochi has also been added, to take place on September 27. Sochi has hosted an F1 race every year since 2014.

Sochi is hoping to welcome fans to its events. F1’s opening races are being held without spectators until further notice.

The reaction to Fernando Alonso’s sensational return to Formula One, set to take place in 2021 with Renault. Haas driver Kevin Magnussen also joins the show to talk through his Austrian GP.
Listen to the latest episode

F1 originally released a schedule of eight European races, which started with the Austrian Grand Prix on July 5. The championship hopes to hold at least 15 events across the season. Friday’s additions take the calendar to 10.

It is expected there will be two other new venues on the final schedule, with Portugal’s Portimao looking likely to be added in the coming days. F1 is also increasingly confident at hosting the Vietnam Grand Prix at the end of November — the Hanoi race was originally meant to take place in April but was delayed due to the coronavirus pandemic.

F1’s season looks likely to end with races in Bahrain and Abu Dhabi, with both likely to host back-to-back events to flesh out the calendar.

There are growing doubts over the status of the U.S. and Mexican Grands Prix, traditionally held on back-to-back weekends in late October/early November. F1 has already cancelled two events traditionally held in the second part of the calendar, the popular events in Japan and Singapore.

The other races on the original 2020 schedule to have been officially cancelled are Australia, Monaco, Azerbaijan and France.