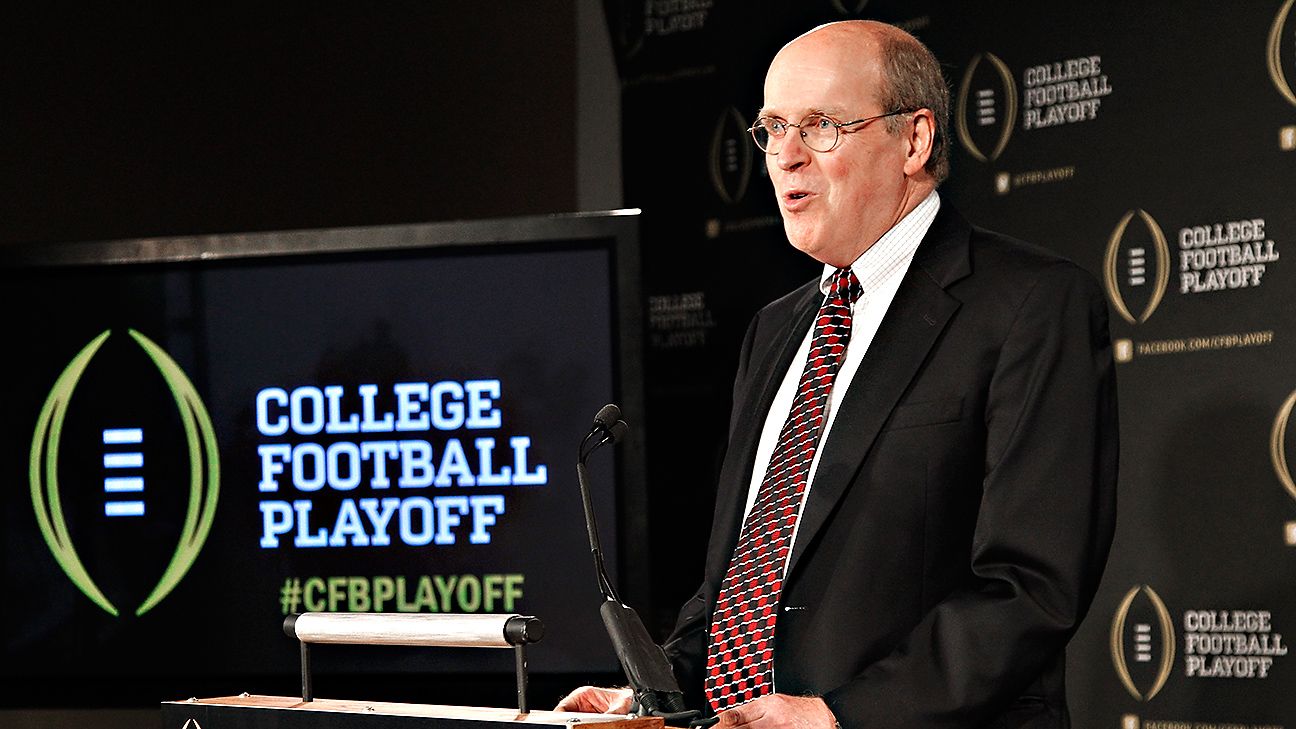 While acknowledging there will be challenges this year for the 13-member College Football Playoff Selection committee, executive director Bill Hancock told ESPN on Thursday that the group will continue to use its existing protocol to determine the top four teams in the country — at least for now.

“This is why the committee has 13 football experts,” Hancock said in reaction to the Big Ten’s decision to move to a conference-only model for all fall sports. “Their task is to select the best four teams based on play on the field and schedules that conferences establish.”

Hancock said the CFP is not yet ready to determine if a minimum number of games need to be played in order to qualify for the semifinals.

The Big Ten has yet to decide how many conference games it will play this season, or how it might determine its champion if the season is disrupted, but Ohio State athletic director Gene Smith said Thursday that he had hoped for a 10-game schedule. The conference is expected to announce more details next week, Smith said.

When asked Thursday if there was an effort to get every conference to agree to play the same amount of games to help the CFP system, Smith, a former selection committee member, said, “That’s no longer a concern of mine.”

“As I’ve learned more about the virus, I’ve shifted my priority of concerns as it relates to what other leagues are doing and postseaon to be quite frank,” he said. “I just want to give our kids a chance to play.”

The Big Ten’s decision still begs the question if other conferences will follow, and how that will impact the entire playoff picture and selection process — a point that could be moot this year if the coronavirus pandemic brings NCAA sports to a screeching halt again like it did this past spring.

The SEC on Thursday said it continues to meet with campus leaders “to determine the best path forward” for fall sports, and Big 12 commissioner Bob Bowlsby said in a statement that he has been advised to “move ahead slowly” and plan “for all available scenarios.” Meanwhile, the ACC has already said it would delay all fall sports until at least Sept. 1.

There has been a surge of pessimism across athletic decision-makers across the country in recent weeks, but if there is a college football season — in whatever form that might be — Hancock said the committee will be ready to determine a winner for the seventh straight season.

This year’s national championship is tentatively scheduled for Jan. 11 in Miami, a state now ravaged by the coronavirus.

“Clearly there will be challenges this year,” Hancock said. “We’ll see what the challenges look like and work through them. Whatever the season looks like, the committee will select the best four teams using the protocol. Our committee’s fundamental mission has not changed.”