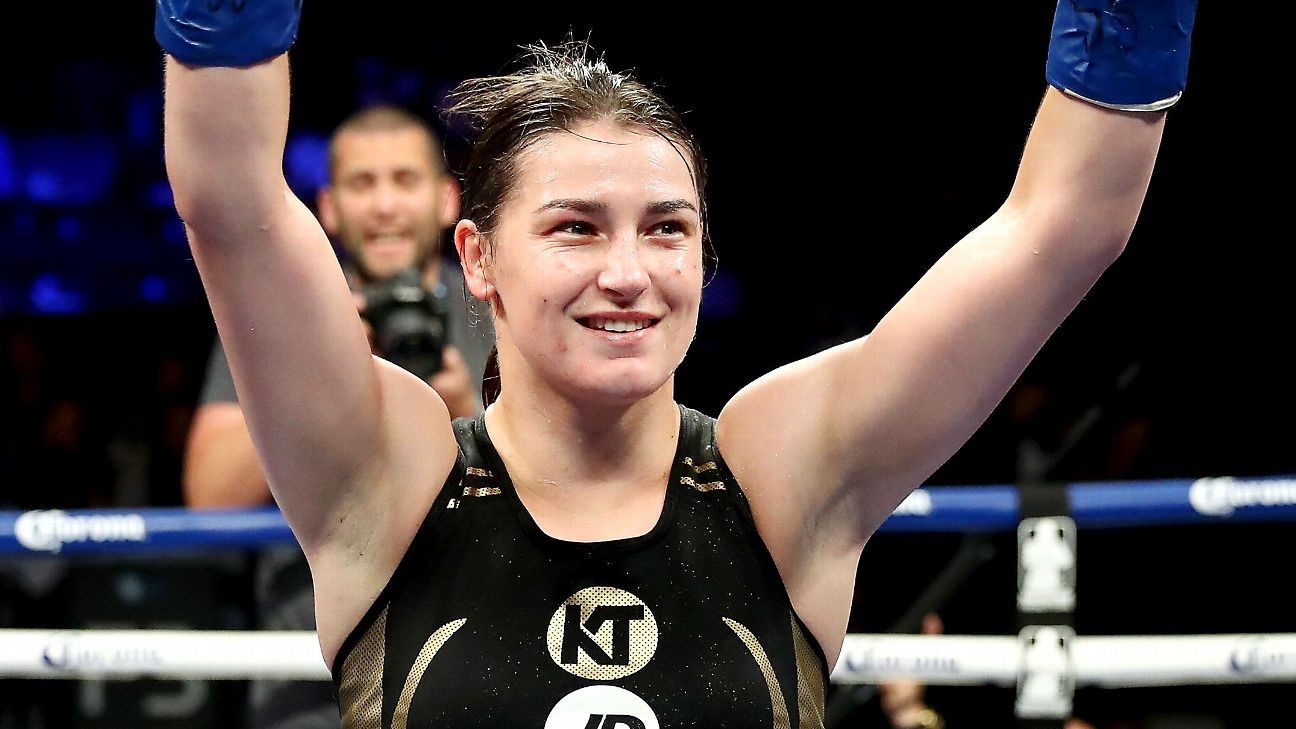 Katie Taylor and Delfine Persoon will meet in a rematch on August 22, according to Matchroom promoter Eddie Hearn.

The announcement came as a surprise, hours after Persoon’s partner, manager and trainer Filiep Tampere was reported as saying there would be no deal due to disagreements over the contract.

But Hearn claimed later Thursday the pair will meet in a rematch next month in the back garden of Matchroom’s office headquarters Mascalls in Brentwood, Essex, England.

“I can’t quite believe this fight has been made, I can’t give enough credit to Katie and Delfine for agreeing to do it again,” said Hearn.

No fans will be present for the biggest fight in women’s boxing this year due to coronavirus restrictions, and Taylor will put all four world lightweight (WBC, WBA, IBF, WBO) titles on the line.

Taylor won the WBC belt from Persoon via a close, majority points win at Madison Square Garden, New York, in June last year. Seven-weight world champion Amanda Serrano, born in Puerto Rico and now based in Brooklyn, was initially linked to facing Taylor on August 22, but when she declined the offer Hearn switched attention to Persoon.

“With Amanda Serrano not taking the fight I wanted the biggest fight possible in August and I think a second Persoon fight is one that everyone wants to see,” said Taylor.

“I’ve been looking forward to a rematch ever since the first fight and I’m delighted it’s been made. It was definitely very close first time around, but I felt I deserved the win and I intend to leave no doubts in the rematch.”

Persoon (44-2, 18 KOs), 35, felt she deserved to get the decision last year. Many think the Belgium-based boxer deserves a rematch.

“I am ready to get the victory following the injustice last June in New York, not by words but in the ring,” Persoon said.

Both have boxed once since their first encounter: Taylor stepped up a division to win the WBO world super-lightweight title from Christina Linarda last November, while Persoon won a ten-round decision over Helen Joseph the same month.

Taylor-Persoon II will be on the same bill as the heavyweight clash between Dillian Whyte, of England, and Russia’s Alexander Povetkin who meet to decide who will challenge for the WBC world heavyweight title in early 2021.