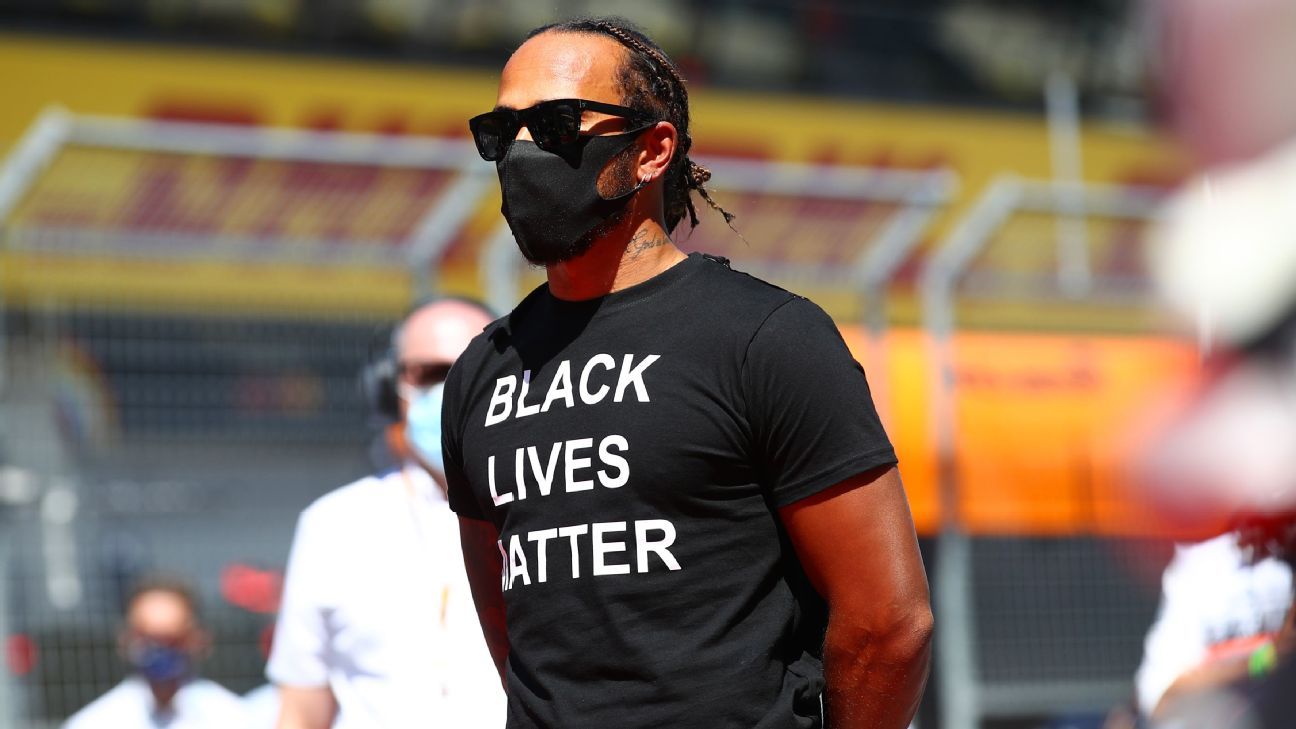 Lewis Hamilton says the threat of “potential consequences” prompted him to opt against wearing a Colin Kaepernick tribute helmet at the 2017 U.S. Grand Prix.

The reaction to Fernando Alonso’s sensational return to Formula One, set to take place in 2021 with Renault. Haas driver Kevin Magnussen also joins the show to talk through his Austrian GP.
Listen to the latest episode

After last weekend’s Austrian Grand Prix, Hamilton revealed his regret at not following through with the tribute, which he had planned at the height of Kaepernick’s kneeling protests during the national anthem. Hamilton has been vocal in recent months around the Black Lives Matter movement, and he was one of 14 drivers to take a knee ahead of the opening race of the season.

When asked to clarify who had “silenced” him in 2017, Hamilton replied: “I was advised from outside, from someone in the States who was really quite high up, that it wasn’t the time for me to be doing so.

“There were potential consequences for me doing it. So that’s why they advised me not to do it.

“I don’t remember who else was involved. It’s not particularly important. I do still have that helmet that I’ve done for Colin. And I did speak to Colin about it, who was super supportive.

“I’m grateful that I was able to do it last weekend [take the knee], and continue on the great movement I think he initially started [that] so many are continuing on today.”

Hamilton’s Mercedes team opted for an all-black livery this season as part of an initiative to increase the number of ethnic minority personnel in the company. Hamilton is also wearing a Black Lives Matter tribute helmet for the season.

Should he claim another championship this season, Hamilton will equal Michael Schumacher’s record of seven world titles.