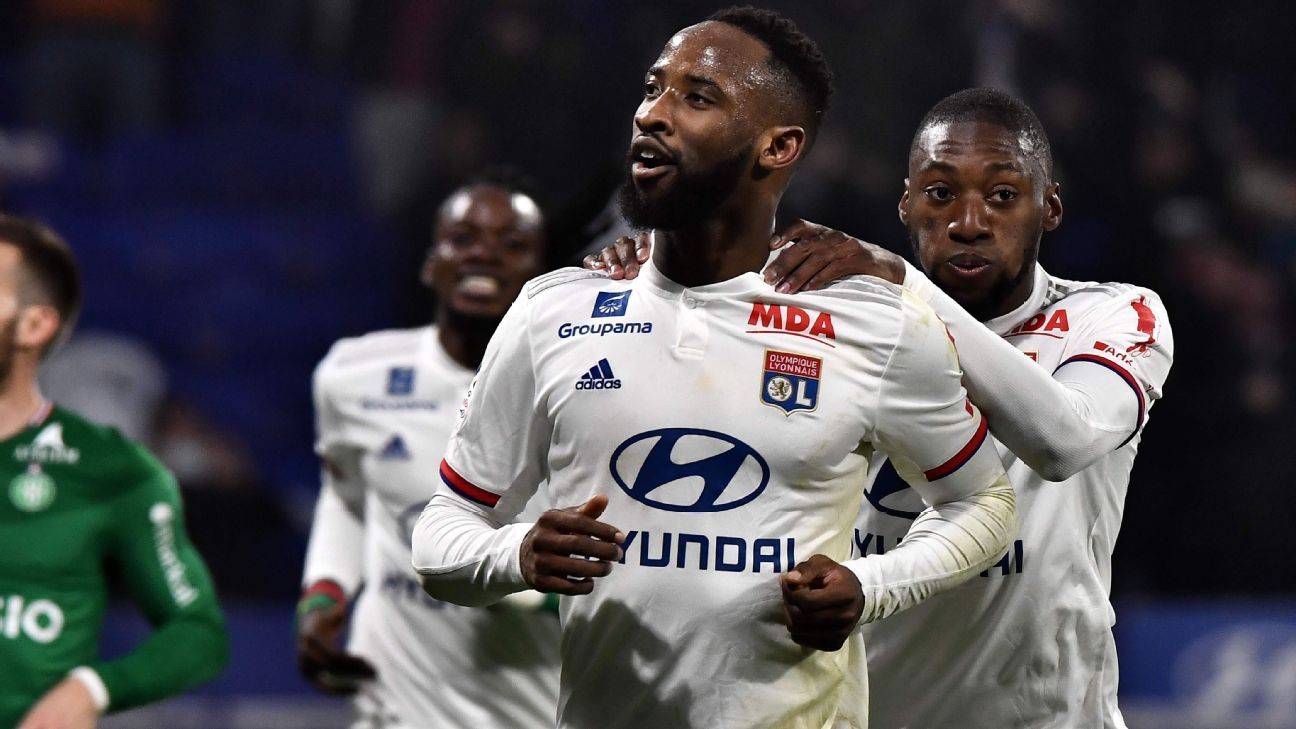 Moussa Dembele remains a target for a number of English clubs, and it’s emerged that Arsenal could table a bid for the striker — if they lose one of their own strikers this summer, reports Foot Mercato.

The Gunners are in the process of trying to extend the stays of both Pierre-Emerick Aubameyang and Alexandre Lacazette, and should they fail to keep hold of one or both of them, then the North London club reportedly will raid Lyon. Mikel Arteta is expected to overhaul his squad this summer, but he’s keen to hang on to his strike force. However, with Aubameyang targeting silverware and Lacazette yearning for more first-team starts, Dembele could yet prove a key part of Arteta’s jigsaw.

Dembele’s contract expires in 2023, and as well as Arsenal, Paris Saint-Germain and Atletico Madrid are also interested.

Real Madrid continue to express their interest in Rennes youngster Eduardo Camavinga, and although the French club have stated he won’t be sold on numerous occasions, their ability to keep the 17-year-old may hinge on whether they quality for the Champions League.

That’s according to L’Equipe, which reports that even though Rennes president Nicolas Holveck has repeatedly said he wouldn’t sell the midfielder, the player himself is having doubts about his future. The report suggests that Rennes’ ability to qualify for the Champions League next season could prove pivotal in what the player decides to do next.

Alhough he has remained committed to Rennes, Camavinga is only signed through 2021-22, and there’s a growing fear that he could leave next summer for a considerably smaller fee. Holveck may decide to cash in this summer should Rennes only qualify for the Europa League, and if that’s the case, you can guarantee Real Madrid will be first in line with a bid.

Recent weeks have seen reports emerge of Napoli closing in on the signature of Lille forward Victor Osimhen, but Le10 Sport writes that it’s another Italian club who may prove to be the Nigeria international’s final destination.

The report states that Napoli and Lille are finalising an €80 million deal for the 21-year-old, but that Internazionale has bid the same amount in hopes of persuading him to move to San Siro rather than San Paolo. At one point, before Napoli’s offer, the Nerazzurri had the highest bid for Osimhen, but their latest effort to recruit the forward is described as a “last-ditch” attempt to get their man — an operation whose hopes are “slim,” according to the report.

Osimhen has scored 18 goals and added six assists in 38 appearances across all competitions. With a contract that has another four years to run, Lille will be able to name their price before parting with their prized possession.

– West Ham United and Crystal Palace are interested in signing Chelsea striker Michy Batshuayi, reports Belgian outlet DH. The forward hasn’t featured for the Blues since February and his contract comes to an end next year, meaning Chelsea would prefer to sell him for a fee this summer rather than lose him on a free in 12 months’ time.

– RB Leipzig have identified Werder Bremen forward Milot Rashica as the man to replace Chelsea-bound Timo Werner, and had been in “advanced” talks over a €15m deal. However, Bild writes that with Werder avoiding relegation and the 24-year-old having two years left to run on his contract, the asking price has jumped to €25m, a figure Leipzig reportedly can’t afford, allowing Napoli and AC Milan the chance to swoop in for the Kosovo international.

From DJ to Koepka and more: Who still has a shot at the PGA Championship
UFC 252 real or not — Cormier vs. Miocic winner will be heavyweight GOAT
Survey: Fans unsure how long sports will continue
No. 1 recruit to skip last HS season, train for OSU
Tom Moores sparkles with momentum-seizing hundred for Nottinghamshire