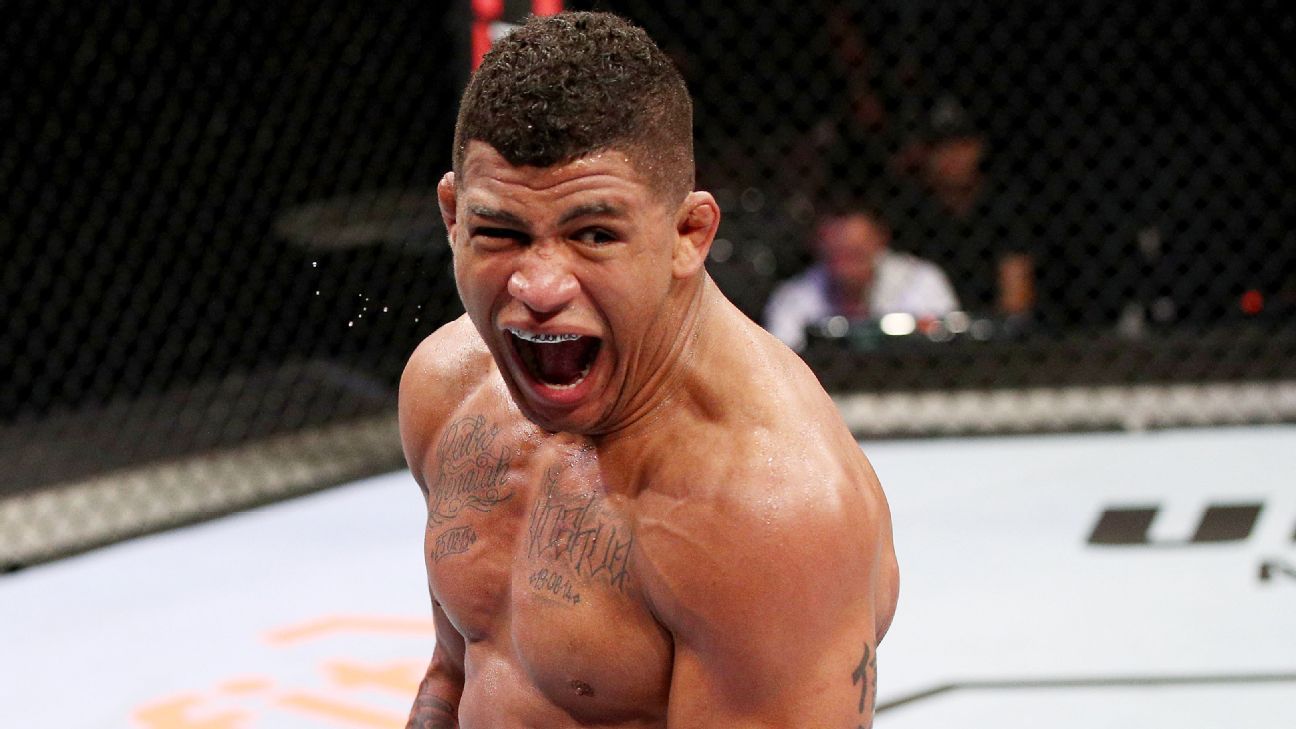 Gilbert Burns was supposed to challenge Kamaru Usman for the welterweight championship at UFC 251 on Saturday. Now, he’ll be rooting for his former teammate instead.

Burns (19-3) confirmed to ESPN on Monday that he was removed from his 170-pound title fight against Usman after testing positive for COVID-19 on Friday. Burns said he was tested in his home state of Florida on June 29 and results came back negative. He flew to Las Vegas on Thursday and was scheduled to fly to “Fight Island” in Yas Island, Abu Dhabi, on Friday but was informed of his positive test that morning.

“First of all, I kind of like the guy,” Burns told ESPN. “And if Masvidal wins, the [welterweight division] is going to get crazy. It’s going to be a circus in that division. He’s going to fight Conor [McGregor] or Nate Diaz. I don’t think the division is going to run correctly — the No. 1 and No. 2 guy fighting for the title. He’s going to make it a mess, so that’s another reason I want Kamaru to win.”

Burns, 33, said the only symptom he has felt all week is a consistent headache. Two of Burns’ coaches also tested positive for COVID-19. His younger brother, 32-year-old UFC lightweight Herbert Burns, tested negative, despite traveling to Las Vegas with the other three.

Gilbert Burns trains out of Sanford Mixed Martial Arts in South Florida. The gym is affiliated with Sanford Health, a health system based out of South Dakota, but it has been hit hard by the coronavirus outbreak.

According to Burns, he and his team drove to Florida from Las Vegas in a car provided by the UFC. He said he currently is feeling “good” and is with his family. He intends to quarantine until he produces a negative test.