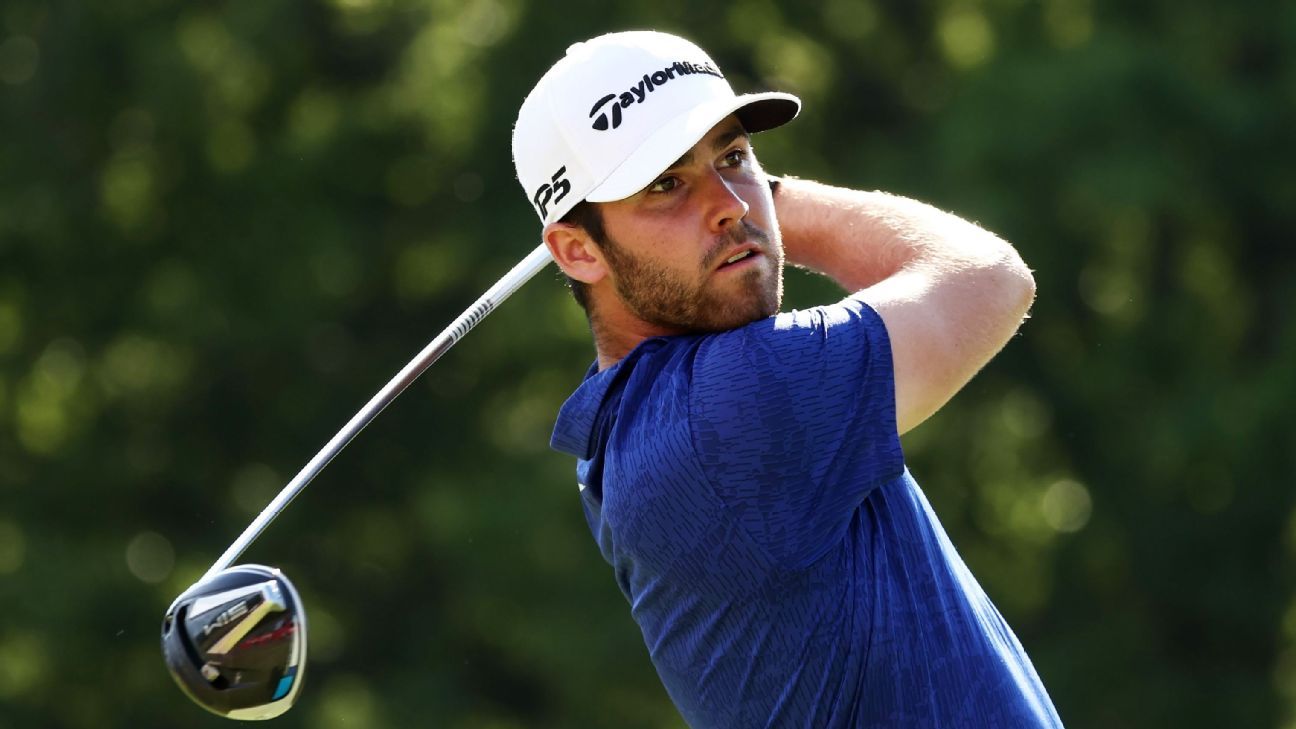 DETROIT — Matthew Wolff had a roller-coaster round that went well enough Saturday to give him a three-shot lead in the Rocket Mortgage Classic.

Wolff shot his second straight 8-under 64 to move into position for his second PGA Tour victory. He was at 19-under 197 at Detroit Golf Club.

Ryan Armour and Bryson DeChambeau were tied for second after 67s.

If the 21-year-old Wolff can win on Sunday, it will be his first victory since the 3M Open last year in Minnesota, when he made a 26-foot putt from the fringe for eagle on the final hole for a one-stroke win in his third tournament as a professional.

Wolff joined Tiger Woods and Ben Crenshaw as winners of a PGA Tour event and the individual NCAA title in the same year.

The former Oklahoma State star, though, has struggled enough this season that he was 108th in the world going into the week. He missed the cut at the previous two tournaments and was 54th at the PGA Tour’s first event after its restart.

Armour played well and was in a great mood on the front nine while making five birdies to reach 16 under, giving him a one-shot lead.

He chatted and laughed with some fans, watching the tournament from beyond a chain-link fence, near the seventh tee.

The former Ohio State player has his school’s logo adorned on the bag, and that caught the attention of some spectators perched on a platform a few minutes later.

“Go get ’em Buckeye,” one fan shouted from the backyard of a home.

Otherwise, it was often so quiet sans fans that the jingle from an ice cream truck in the neighborhood and a single-engine plane overhead broke through the eerie silence.

Golf is the second major sport in the U.S., behind motor sports, to resume a schedule shut down by the COVID-19 pandemic.

Armour opened the back nine with five straight pars before making a birdie at No. 15, helping him keep the lead a little longer before Wolff surged past him.

Armour slipped further behind with a double bogey at No. 17 before bouncing back with a birdie on 18.

“It felt like the front nine was in cruise control, I had looks all the time,” he said. “Then the back nine, it got a little squirrelly.”

DeChambeau birdied four of the last six holes and pumped his right fist after making a 12-foot birdie putt at 18, pulling him into a tie for second with Armour.

In the PGA Tour’s first three events after the COVID-19 pandemic stunted the season, the top five players in the world ranking participated in each tournament. None of the top five players is at the Detroit Golf Club, where Simpson (No. 6) and DeChambeau (No. 10) are the highest ranked in the field.