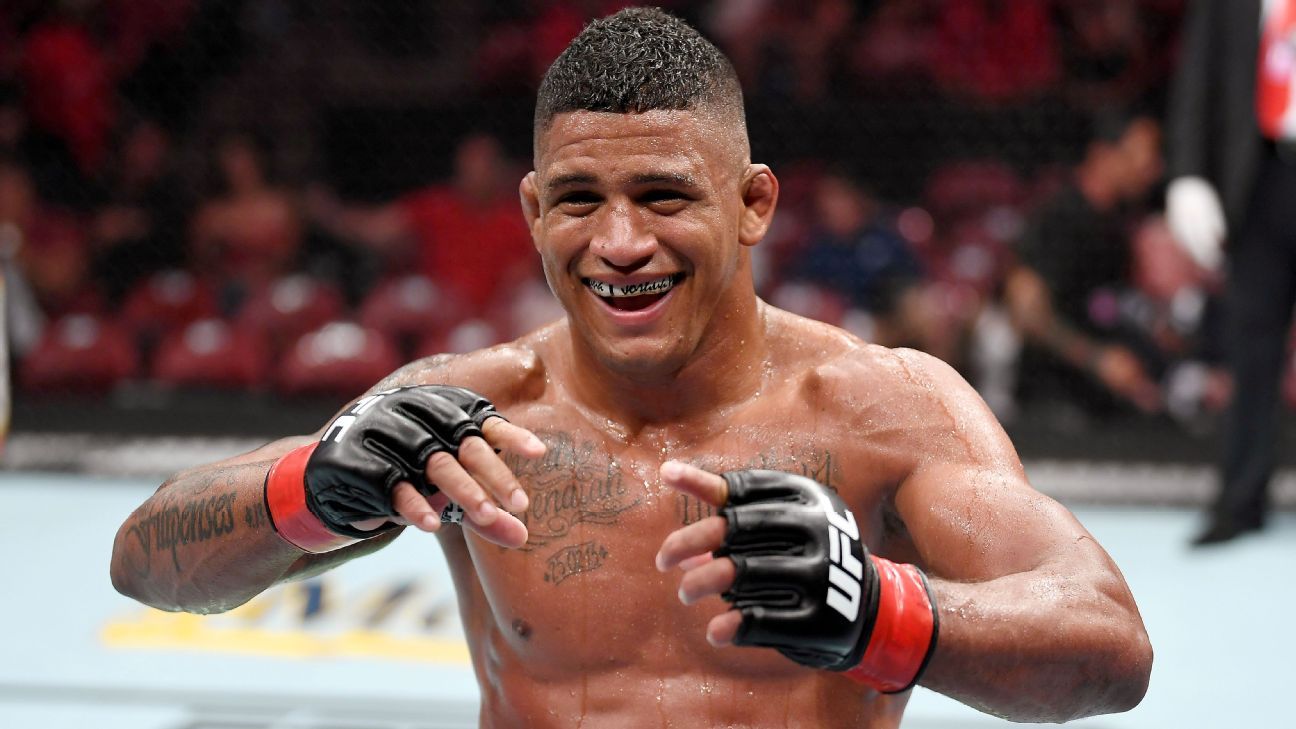 Gilbert Burns will not compete in the main event of UFC 251, a source confirmed to ESPN.

Burns had been set to face welterweight champion Kamaru Usman in a title fight July 11 that was the headliner of the first card at UFC’s Fight Island in Abu Dhabi, United Arab Emirates.

The 33-year-old Burns appeared to reference his removal from the fight in a tweet early Saturday, writing “devastating news” and saying he is “not feeling well but I’m going to win this battle.”

💔 devastating news, not feeling well but I’m going to win this battle! Stay safe out there! Much love 🙏🏾

MMA Junkie first reported that Burns would not compete at UFC 251. UFC has yet to confirm his removal from the fight.

UFC’s charter flight from Las Vegas to Abu Dhabi was scheduled to depart late Friday night, sources said, but neither Usman nor Burns was on the flight. Neither was seen at the airport as well, sources said.

Both Jorge Masvidal and former title challenger Colby Covington took to Twitter late Friday night to campaign for the fight, but there is no word on what UFC will do with Usman now.

Masvidal’s manager, Abraham Kawa, said his fighter is “absolutely willing” to take this bout on a week’s notice. Sources said there haven’t been any talks with Covington’s team.

Burns’ team, sources said, is hopeful the fight will be rescheduled for a later date.

The UFC 251 card includes a featherweight title rematch between Alex Volkanovski and Max Holloway and Petr Yan taking on Jose Aldo for the vacant bantamweight championship. The Volkanovski vs. Holloway fight is now expected to serve as the main event.

“This was the real main event,” Volkanovski told ESPN. “A lot of people thought this was the main event, so it’s in its rightful place.”

Burns (19-3) has won his past six fights in a row. Since March, he has picked up impressive victories over former title contender Demian Maia and former welterweight champion Tyron Woodley. Those wins put him in a line for a title shot once UFC could not come to terms with the original No. 1 contender Masvidal.

England wait on Ben Stokes’ bowling fitness after delaying final team
Tracking NFL players opting out of the 2020 season because of coronavirus concerns
Pirelli says tyre failures related to wear levels, extreme forces
MLB Power Rankings: Our first impressions of all 30 teams
Who can and who cannot win the PGA Championship