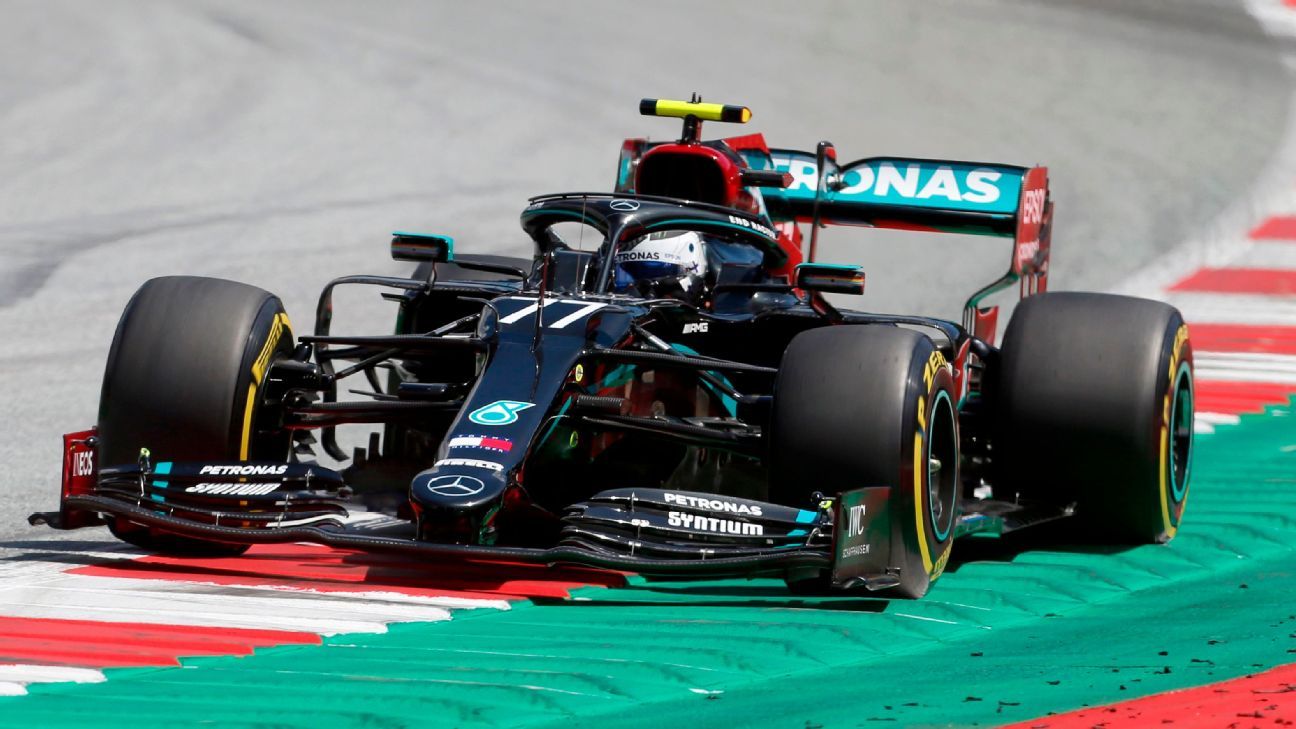 Valtteri Bottas secured pole position for the opening race of the 2020 Formula One season, beating teammate Lewis Hamilton to pole position by 0.012s.

Bottas secured pole despite sliding off the track and into the gravel on his final flying lap, just as Hamilton was on a faster lap behind. Despite yellow flags coming out to warn Hamilton about the incident, they did not appear to obstruct Hamilton’s progress and the reigning champion lost the majority of his time to his teammate running wide in the final two corners.

The qualifying result ignites the battle between the Mercedes teammates, but the early signs are that they are in a class of their own, with a half second advantage over the rest of the field. Speaking about how his lap panned out and Bottas’ spin in front of him, Hamilton said he did not lose time as a result.

“No, no, it wasn’t confusing,” he said. “I came out of Turn 4 and there was a big puff of dust and I didn’t know where the car was or anything and managed to see that Valtteri was just about to come on track. Fortunately it didn’t affect the lap and he kept his position.”

Hamilton later added he did not see the yellow flags to warn him about Bottas’ mistake.

Max Verstappen secured third on the grid in the Red Bull with a lap time 0.538s off Bottas, but could have a strategic advantage by starting on the medium compound tyres while the Mercedes ahead are set to start on the less durable softs. The starting tyre for the top ten drivers is determined by the compound they used to set their fastest time in the second session of qualifying, and Verstappen was able to sneak through to the top ten shootout using the mediums instead of the softs. Bottas later explained that Mercedes had considered the same strategy, but opted against it.

Lando Norris secured fourth with an impressive lap in his McLaren, meaning he will line up ahead of Alex Albon in the second Red Bull in fifth. Norris was just 0.149s off Verstappen and 0.345s clear of teammate Carlos Sainz, who will line up eighth on the grid.

Sergio Perez took sixth for Racing Point, fulfilling some of the promise the car showed in practice and testing, and qualifying ahead of the fastest Ferrari of Charles Leclerc in seventh. Ferrari, which is already planning an overhaul of its aerodynamic package for Hungary, appears to be in trouble, with Leclerc’s teammate Sebastian Vettel failing to make the top ten shootout.

Lance Stroll took ninth in the second Racing Point ahead of Daniel Ricciardo in the fastest Renault in tenth.

Vettel will start 11th after missing out on a place in Q3 by 0.165s to Ferrari teammate Leclerc. Vettel made a slight mistake at Turn 1 over the exit kerbs, but above all else his lap time confirmed the team’s fears that it simply isn’t quick enough at this stage of the season.

The car, running in the same specification as it finished testing while rivals Mercedes and Red Bull brought major updates, looked at risk throughout from the midfield teams throughout. But to underline just how tight the battle behind Mercedes is, Vettel was just 0.295 off Albon’s Q2 time, which was good enough for third in that session. Nevertheless, Ferrari’s car revamp for Hungary can’t come soon enough.

The two Alpha Tauris of Pierre Gasly and Daniil Kvyat will line up 12th and 13th on the grid behind Vettel and ahead of Esteban Ocon, who made his F1 return with Renault after a year out of the sport. Romain Grosjean rounded off the order in Q2 and will line up 15th, but was just 0.005s off Ocon’s effort.

Kevin Magnussen will start 16th on the grid after failing to make it out of the first session of qualifying. He was just 0.070s shy of teammate Grosjean and a place in Q2 in an incredibly tight opening session. Williams’ George Russell will start behind the Haas driver and was one of the stars of qualifying after missing out on a place in Q2 by just 0.073s and outqualifying rookie teammate Nicholas Latifi, who will start last, by 0.590s.

The two Alfa Romeos of Antonio Giovinazzi and Kimi Raikkonen will start 18th and 19th, with 2007 champion Raikkonen saying the team “messed up” with his track positioning ahead of his final attempt to set a quick time.