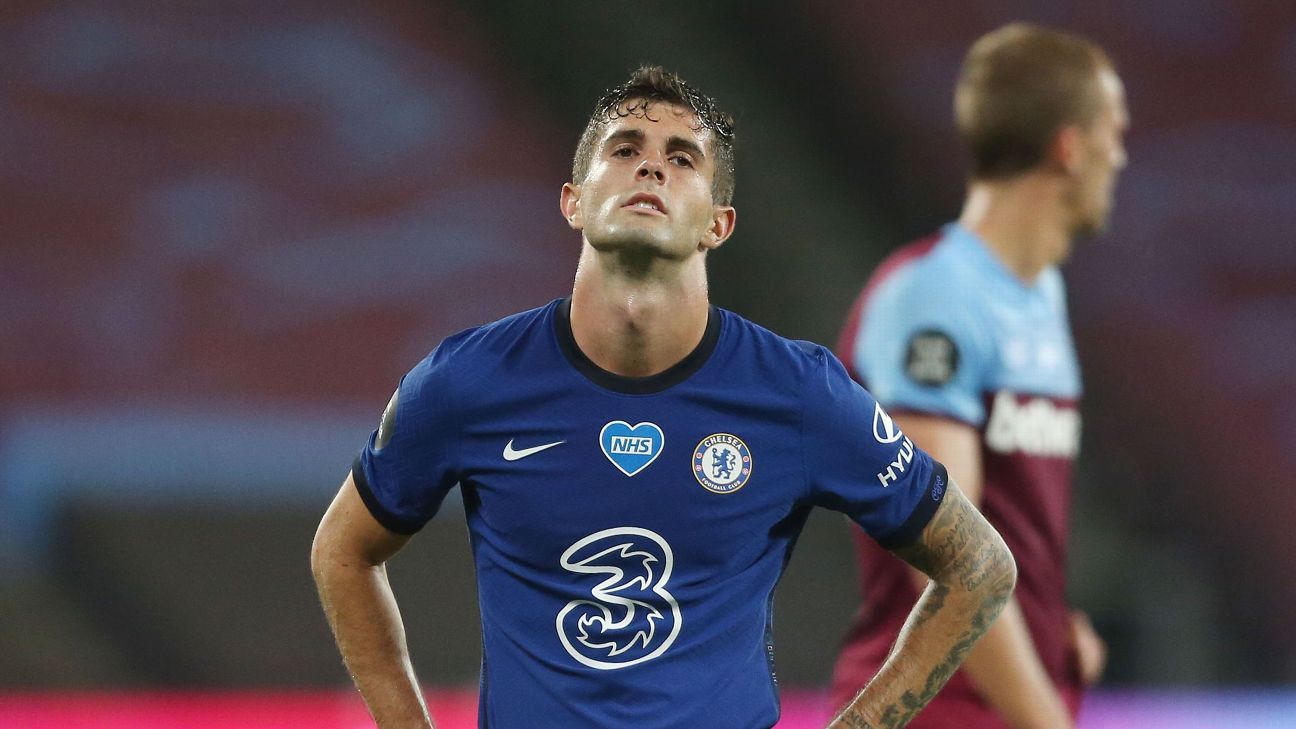 Chelsea unveiled their 2020-21 home kit this week, revealing a new stripped back aesthetic and a brand-new shirt sponsor along with it.

Gone are the abstract mottled motifs (apparently inspired by the architecture of Stamford Bridge) of last year’s jersey, replaced by a slick all-blue number.

Clubs love to run out in their new kits towards the end of the previous season. And they really would like to christen it with a victory.

It didn’t quite go to plan for Frank Lampard‘s men when they made the trip to take on West Ham United at the London Stadium on Wednesday.

Introducing our new @nikefootball 20/21 home kit, and shirt partner @ThreeUK! The herringbone-knit pattern is inspired by the traditional craft of London tailoring.

The new kit is inspired by London’s proud history of fine tailoring, with a subtle herringbone design helping to emphasise the Blues’ bold new sponsor logo.

We hear that ‘Three’ is a magic number. #COYB https://t.co/JkKNIAeN7P

It’s perhaps fitting then that Chelsea’s swanky 2020-21 shirt was worn for the first time for their midweek trip across town to face West Ham — a game they went on to lose by a rather unfortunate scoreline.

The perfect symmetry between the dreadful result and the number freshly festooned all over Frank Lampard‘s vanquished team’s torsos didn’t go unnoticed.

Chelsea wore their new kit for the first time against West Ham.

How many goals did they concede? pic.twitter.com/dOQJNoLHbU

After slumping to an unfortunate 3-2 defeat in the final minute at the London Stadium, Chelsea saw their five-match winning streak brought to an unceremonious end while wearing large No. 3s across their midriffs.

Outstanding commitment to their new sponsors from Chelsea to ship three goals in the first kit with the 3 logo on. Corporate relationships through the roof

Of course, with three points also being magnanimously donated to the Hammers, many Blues fans were left wondering just how much of a jinx their new sponsors will prove to be.

The threes kept coming, as it was also pointed out that Chelsea had missed the chance to climb up into third place in the Premier League by capitulating in east London.

As you might expect, West Ham were also quick to rub it in too.