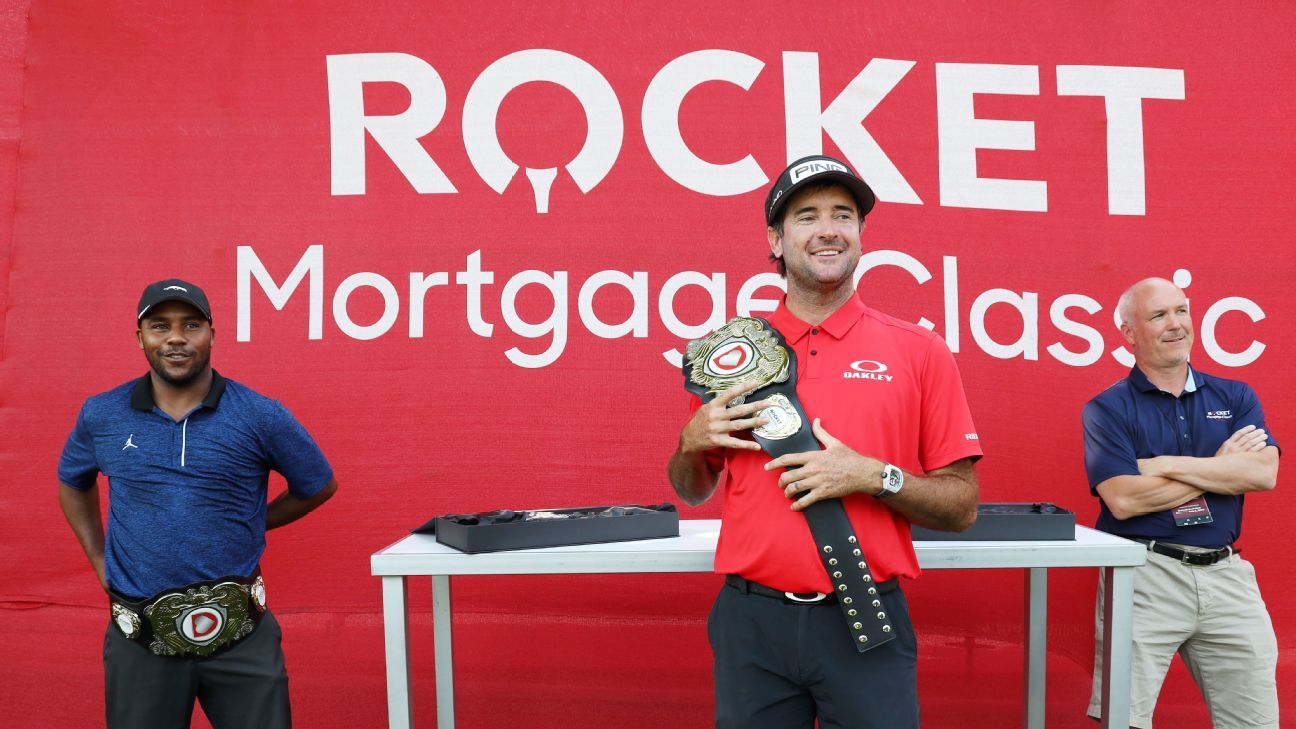 DETROIT — The nine-hole exhibition match between Bubba Watson and Harold Varner III against Jason Day and Wesley Bryan at The Rocket Mortgage Classic helped raise over $1 million towards the tournament’s charity initiative Wednesday.

Watson and Varner won the match and Watson donated $25,000 to the Changing the Course efforts after the win.

“When Bubba heard what we were doing with Changing the Course, he let us know he wanted to support the effort however he could, so he put this match together pretty quickly, and we can’t thank him enough for getting behind what we’re doing,” Farner said on the air with Golf Channel. “I was talking to Dan Gilbert about how we could spice things up a bit today, so any money that is raised today will be matched by Rocket Mortgage. And when we match the $250,000 donated by Workday, we’ve already got a half a million dollars raised toward Changing the Course. We encourage everyone else to get involved and start making donations.”

All the donations will go to helping provide Internet access, as well as technology and digital literacy training, to residents of Detroit as part of the Changing the Course efforts.

A new wrinkle to the donations this year, any 3, 1 or 3 individually carded on 14, 15 and 16 respectively will also bring about a donation of $5,000, $25,000 and $5,000. The tournament was able to raise $1.2 million for charity last year, and tournament director Jason Langwell said earlier in the week that he believes they will be able to match or exceed that number in 2020.

PGA of America modifies awards due to pandemic
Transfer Talk: Arsenal prioritise Willian move over Coutinho
Giannis, LeBron, Harden vie for MVP as finalists
Who can and who cannot win the PGA Championship
‘Women’s boxing needs these nights’ – Harper, Jonas gear up for Fight Camp event