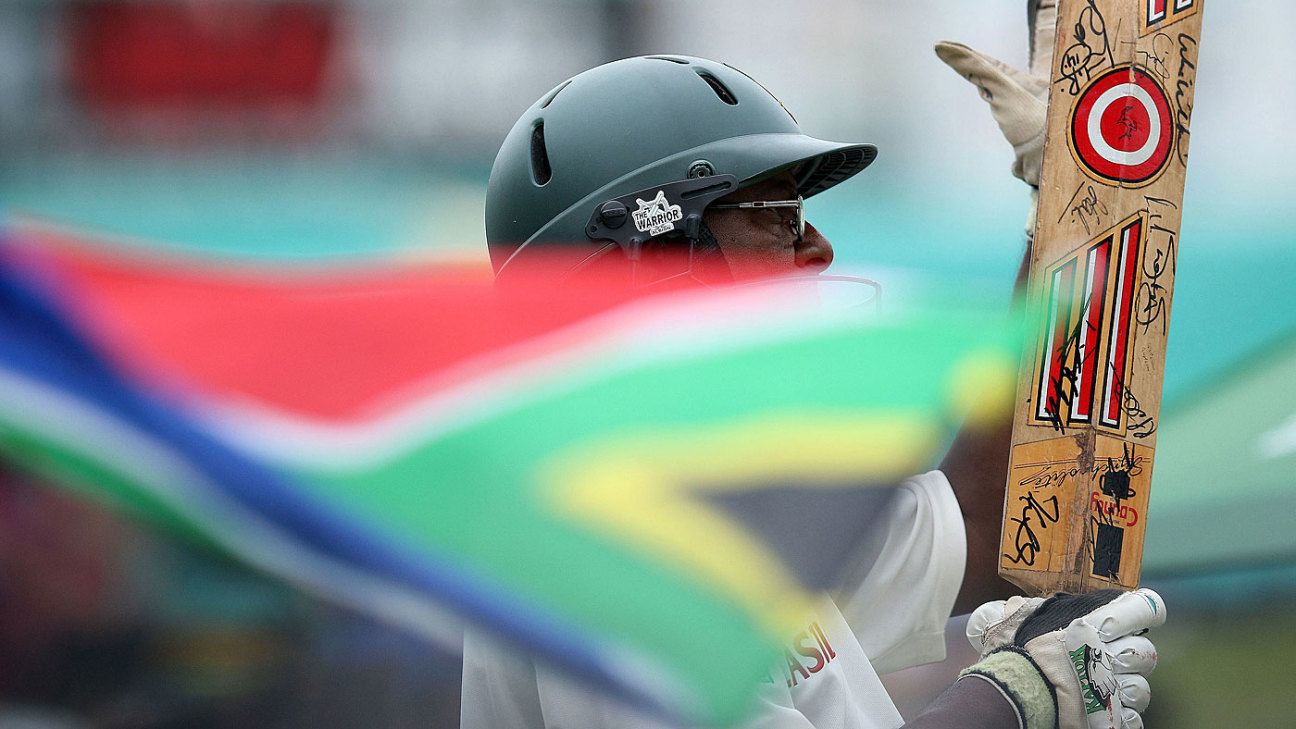 Cricket South Africa (CSA) has rescheduled the experimental 3TeamCricket (3TC) competition, which will flag off the resumption of cricket in the country, to July 18 – also celebrated as Nelson Mandela International Day.

Three teams – led by Kagiso Rabada, Quinton de Kock and AB de Villiers – will all compete simultaneously in the same match for the Solidarity Cup at SuperSport Park in Centurion, with the game televised live. The line-ups and playing conditions remain unaltered.

The announcement comes a day after the country’s sport ministry approved CSA’s plans of having the country’s national men’s and women’s team back in training.

“It’s very exciting to get live cricket, featuring our top players, back on our TV screens again,” CSA’s acting chief executive Jacques Faul said. “I can’t think of a more appropriate day on which to hold this game than Nelson Mandela Day, when its prime objective is to raise funds for those who have been badly affected by the coronavirus. It is still nearly three weeks away, so it also gives our players more time to prepare properly and to minimise the chance of injuries.

“I would like to thank the government and our own medical team once again for everything they have done to make a return to training and playing possible. I would also like to add special thanks to the incredible sponsors involved in this event for their continued commitment towards the match and its beneficiary, the Hardship Fund.”

The match was earlier supposed to take place on June 27 but had to be postponed as CSA hadn’t received government clearance for resumption of sporting activities.

There has been no cricket in South Africa since the group stage of the domestic one-day cup was completed on March 15. The playoffs and final had to be postponed in the wake of the Covid-19 pandemic, with South Africa going into strict lockdown on March 27.