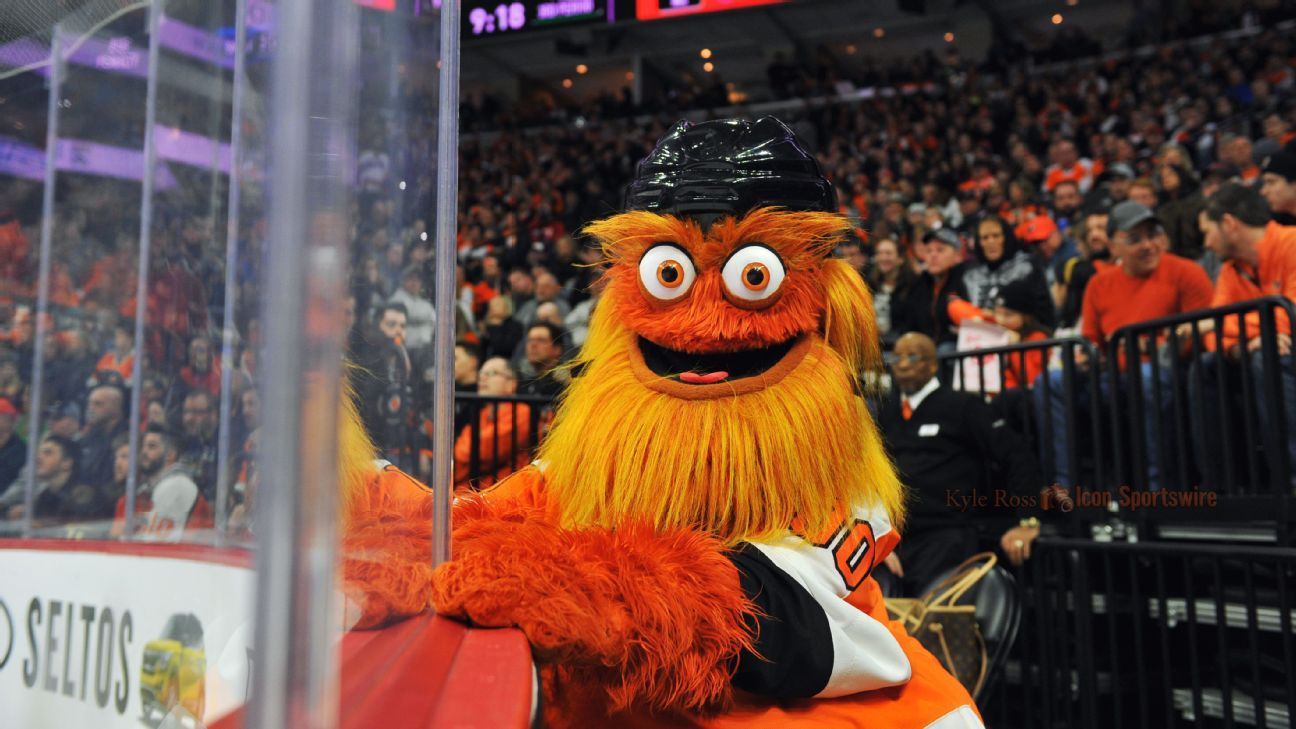 Netflix’s “Queer Eye” is heading to Philadelphia for its fifth season, so it was only natural that the Fab Five attempted to work their magic on one of the city’s biggest stars — one who prides himself on being rough around the edges.

In a mini-episode released on Tuesday, the Fab Five give Gritty a makeover. It’s just the latest pop culture crossover event for the Philadelphia Flyers‘ googly-eyed mascot, who debuted in 2018.

Gritty was nominated for the show by the Phillie Phanatic “with brotherly love” because “being a mascot is tougher than most people think, and we all handle it differently.” Phillie wanted the Fab Five to convince Gritty he didn’t need to eat a cheesesteak for every meal.

In the introduction, Fab Five member Jonathan Van Ness lamented Gritty wears the same outfit every day, but said the mascot decided to go on the show because he needed “a little bit of love.” Van Ness said the goal for the Fab Five was to “take this orange fluffy mess to game-day best.”