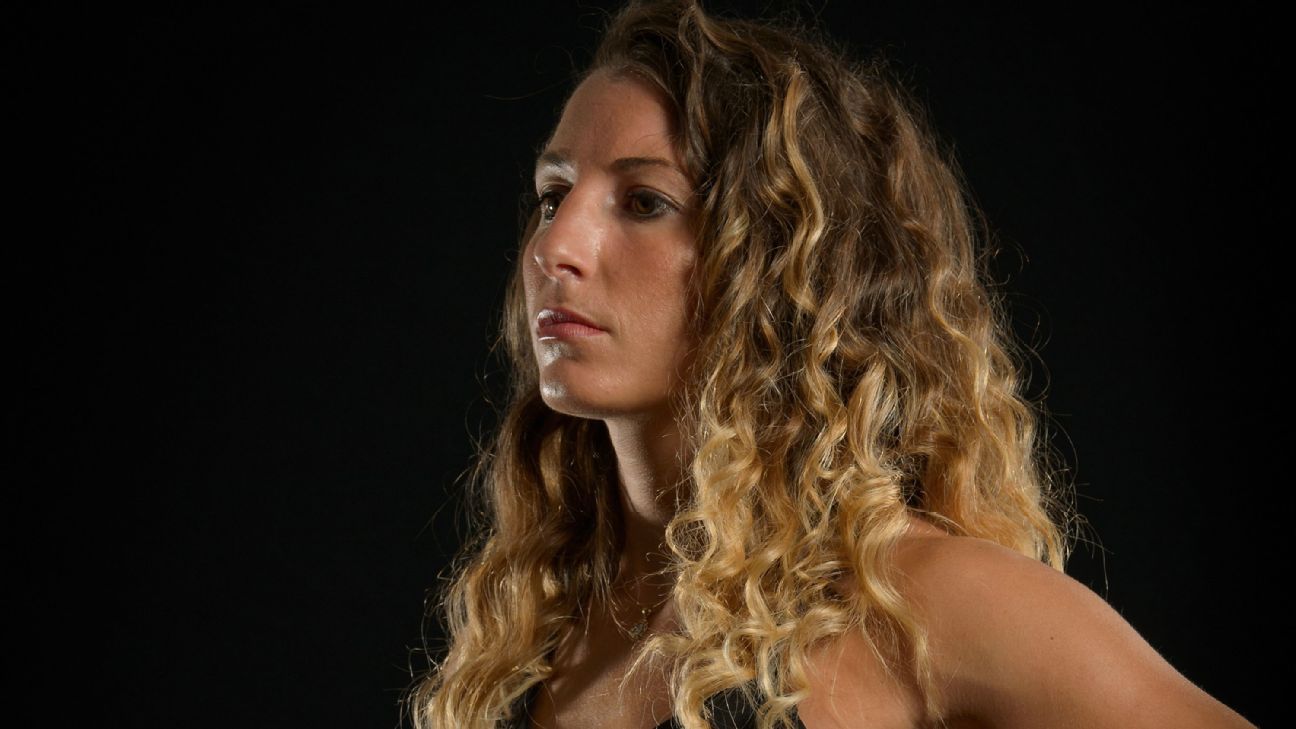 Kim Clavel, who won the 2020 Pat Tillman Award for Service at the ESPYS, will be returning to the ring on July 21 at the MGM Conference Center in Las Vegas. There has been no opponent named yet.

Clavel, a junior flyweight, said, “I am grateful to Groupe Yvon Michel, Top Rank, and ESPN for this opportunity, which allows me to make my United States debut on a major ESPN-televised card in Las Vegas. This is significant for my boxing career, and my training team and I are already counting down the days.”

In March, Clavel had put down her boxing gloves and returned to her first career — nursing. During the coronavirus pandemic, she has worked as an overnight nurse at retirement and elderly care centers in Montreal, treating the people most vulnerable to the virus.

Clavel, who made her professional debut in December 2017, had taken a leave from nursing in August so she could devote her focus to boxing.

In December, she won the North American Boxing Federation flyweight title with a unanimous decision over Mexico’s Esmeralda Gaona Sagahon. Clavel was scheduled to face Esmeralda Moreno in a non-title fight on March 21, but the fight was canceled because of the pandemic.

“When Kim Clavel’s boxing career was paused due to the pandemic, she didn’t hesitate to go head-to-head against this new opponent,” said Yvon Michel, Clavel’s promoter. “It is with the same courage and enthusiasm that she will step into the ring on July 21 to pursue her goal of becoming world champion and continuing to inspire people. Thank you to Top Rank and ESPN for offering Kim this unique opportunity to showcase her world-class talent.”

During a video that aired during the ESPYS on Sunday, Clavel talked about the elderly care facilities where she worked.

“I worked in the COVID zone,” she said. “It’s really hard, when everything gets dark, they think about their life … I sing, I talk with them and maybe make them smile. To see these people die alone, without their family — for me it’s not humanity. They need humanity.”

Clavel brings an 11-0 record with two KOs into the bout, which is scheduled for eight rounds.

The main event on this night will be a 10-round junior lightweight contest between former WBO featherweight titlist Oscar Valdez and Jayson Velez.