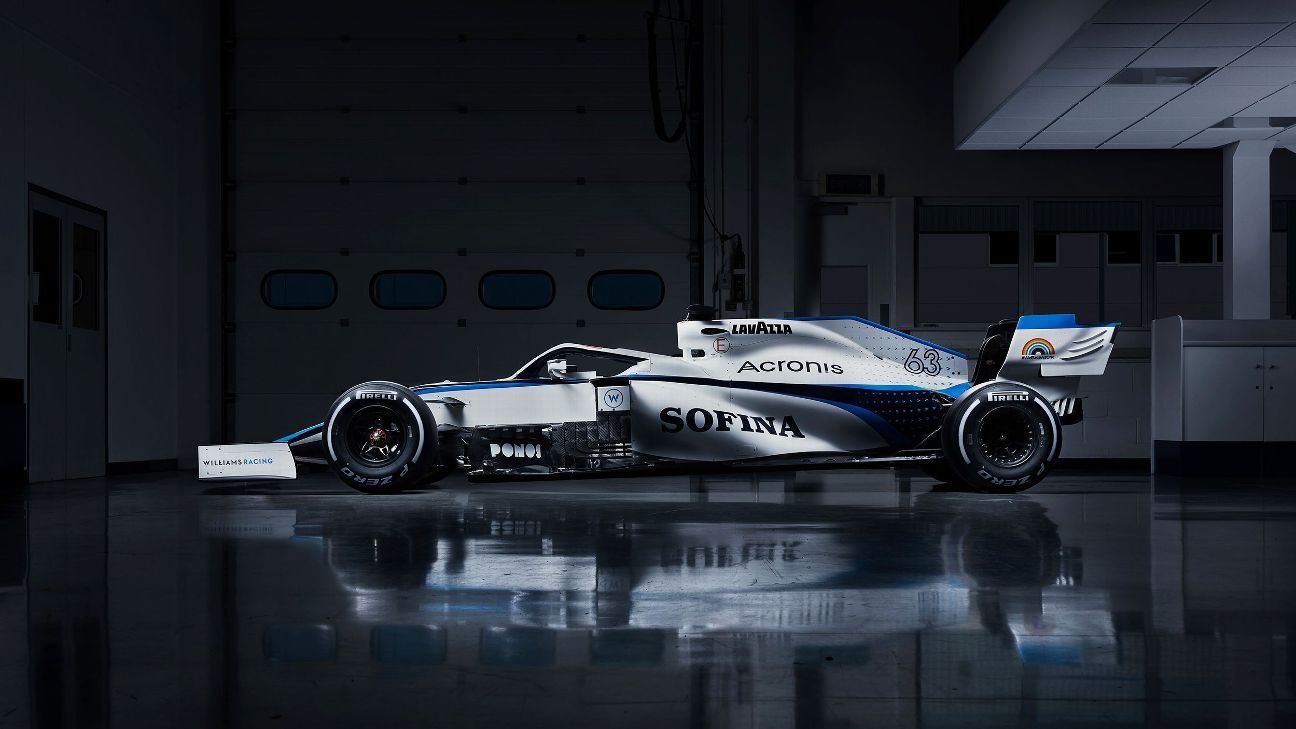 Williams has released the first images of the new livery it will use on its cars when F1 returns to racing next weekend.

In May, Williams announced that it had terminated its contract with title sponsor Rokit and was considering the sale of the team to new investors. Details of the reason for the split have not been announced, but the removal of the large, red Rokit logos from the car has resulted in a revised livery for the FW43 ahead of the first race in Austria.

The car now features more prominent Sofina sponsorship — a food company owned by the family of one of the team’s race drivers, Nicholas Latifi — while reverting to Williams traditional blue and white.