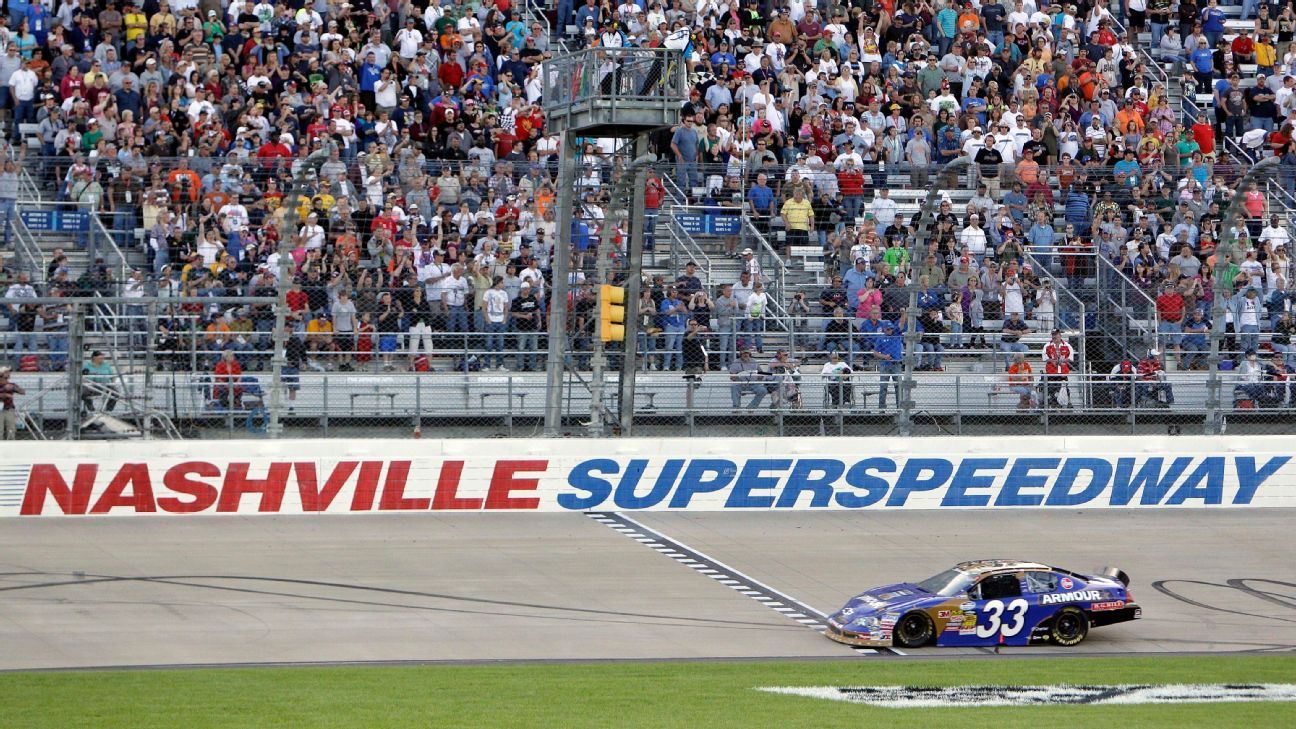 It’s music to NASCAR’s ears: the stock car series is set to return to Nashville, Tennessee in 2021.

Nashville Superspeedway will hold a Cup race for the first time next season, ending NASCAR’s decade-long absence from the track. The Nashville track is owned by Dover Motorsports, Inc., which has held Cup race weekends at Dover International Speedway each year since 1969. Dover will give up one of its dates and move it to Nashville for an expected late June 2021 race weekend.

Nashville Superspeedway held Xfinity and Truck events from 2001 until 2011.

The idea to return NASCAR to Nashville took root after a successful blowout last December for its season-ending awards celebration. There were burnouts on Broadway, a party with country music star and NASCAR fan Blake Shelton and a NASCAR-themed night at the Grand Ole Opry. Buoyed by the excitement, Dover started discussions with NASCAR and its TV broadcast partners about running a race at the Superspeedway.

“Especially after the awards banquet, it was, how do we get to Nashville as soon as we possibly can?” Dover CEO Mike Tatoian told The Associated Press. “It made it a fairly easy discussion that it was through Dover Motorsports.”

The 1.33-mile concrete track was built in 2001 by Dover Motorsports and hosted NASCAR and IndyCar events until 2011. The track is situated on approximately 1,000 acres just outside Nashville, and it currently has 25,000 permanent grandstand seats and lights for night racing.

There’s plenty of work ahead: Tatoian said giving the track a modern makeover would cost at least $8 million to $10 million, and he’d like to fit capacity at the 25,000-50,000 mark.

He also expected to hire a full-time staff that will operate independently of Dover. NASCAR eyed a date of June 20, 2021.

Tatoian said he’s hopeful the Truck, second-tier Xfinity Series and IndyCar could again find a home on the Nashville schedule.

Dover tried to cash in on the NASCAR boon of the late 1990s and early 2000s and had invested at one point more than $100 million in building the Nashville track to go with Dover and its portfolio of tracks it owned in the St. Louis and Memphis areas.

“The thought at the time, 20-something years ago, was that if NASCAR was going to have an expansion, which at the time was the right time to be thinking, we wanted to claim those markets,” Tatoian said. “It didn’t happen. It just never lended itself to move one of our races at that time. So in 2011, after 10 or 11 years of operating, we decided it was time to shutter the operation. But we held onto it, fortuitously, just in case there was ever an opportunity in the future to do what we’re doing now.”

Dover has sold nearly 300 acres of property near Nashville Superspeedway since 2018 for nearly $10 million.

The shift to Tennessee is one of the first major signs that NASCAR truly intends to shake up its traditionally stale schedule. The sanctioning body is expected to make significant changes to its 2021 schedule, which could include more short tracks, mid-week races and doubleheaders.

The industry got an unexpected preview of what could lie ahead when the coronavirus pandemic forced a massive shakeup to this season’s schedule. NASCAR has already run five Cup events since the season resumed May 17.

Dover, the site of two NASCAR weekends each year since 1971, was scheduled to hold a race in May this season until the coronavirus pandemic forced a postponement. Dover is expected to run Cup races on Aug. 22 and 23.

“It looks more and more like we’ll be hosting a doubleheader,” Tatoian said. “That’s a strong scenario, and that’s what we’re focused on.”

Dover is scheduled to keep a May date in 2021. Tatoian said the potential of Dover losing a race had Nashville not worked out was never discussed.

The Cup Series ran 42 times at the old Nashville Fairgrounds from 1958 through 1984, and the lower-level Xfinity and Truck Series last raced there in 2000. NASCAR also used to host an annual “Sound and Speed” event that mixed its stars and country artists at events around Nashville until 2010.

Brad Keselowski, Kevin Harvick, Kyle Busch and Joey Logano are among the drivers who won races at the Superspeedway.