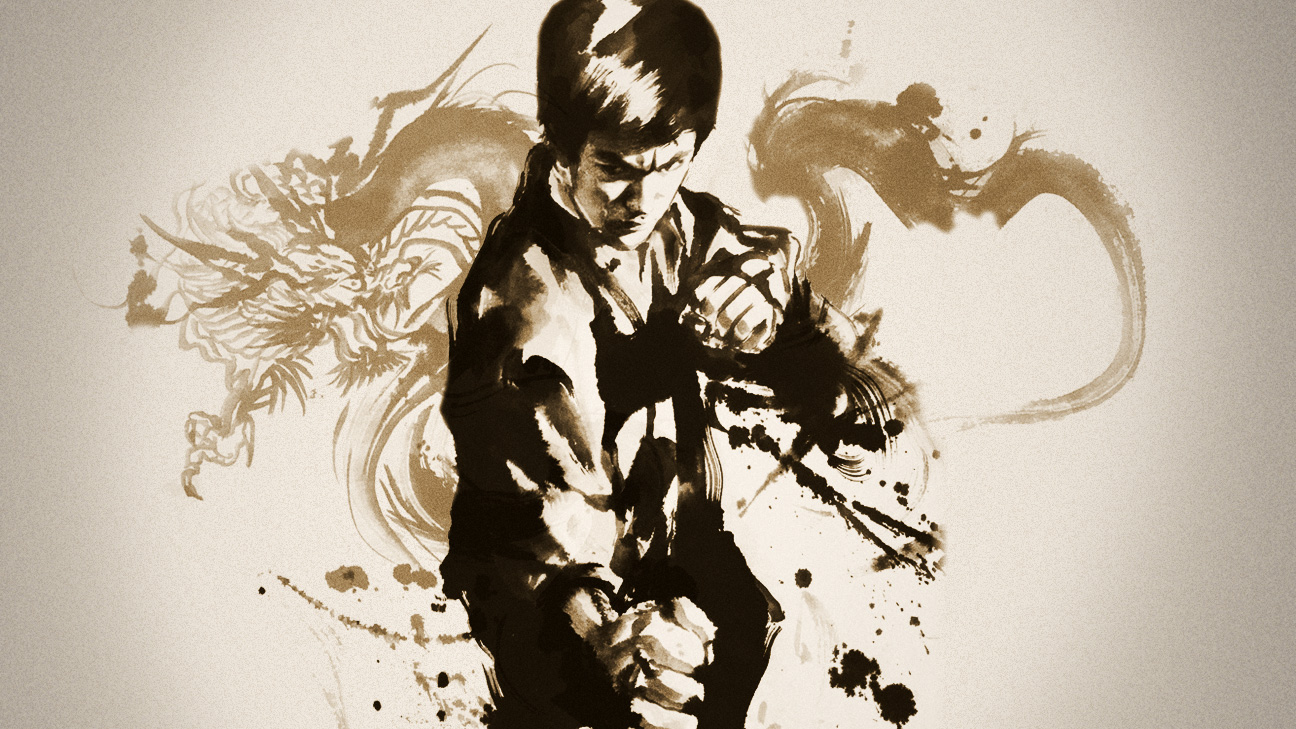 “I’ve been watching Bruce Lee movies since I was a kid. Growing up in Canada, there were no Asian faces on TV. I used to watch ‘The Green Hornet.’ Lee’s character, Kato, didn’t have many lines, but it was nice to see a Chinese, English-speaking character on a North American TV channel. I wanted to do a strong portrait of Bruce as this iconic, poetic figure. I incorporated the number eight, which is lucky for Chinese people. He was one of the first to give voice to a Chinese man that wasn’t comedic but strong. He broke open the door for not just actors but Asian people who have immigrated to another place.”

Marcos Chin is an award-winning illustrator based in New York. His family emigrated from Guangdong, China, to Mozambique, then to Portugal, before settling in Canada.