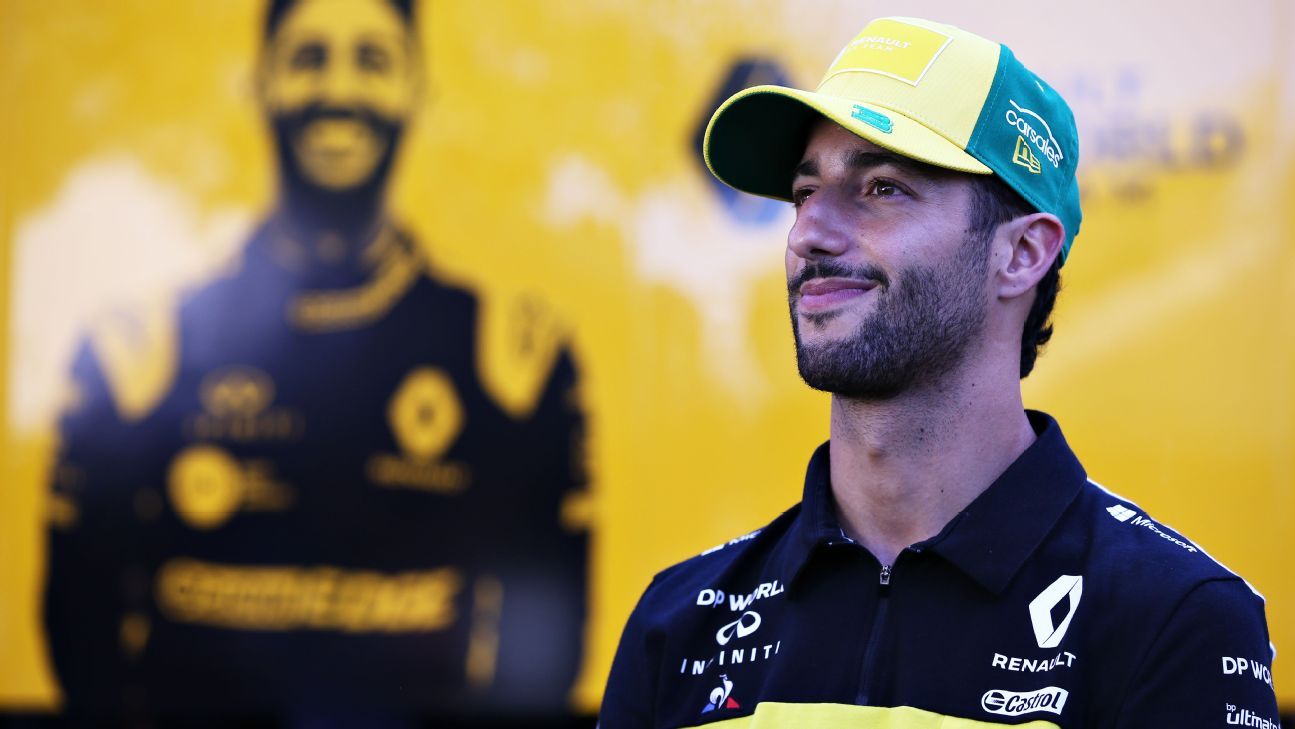 Daniel Ricciardo has revealed he held on-and-off talks with Ferrari about a race drive for several years, but insists he is not dwelling on being overlooked by the Italian team for 2021.

Ricciardo appeared to be a natural fit to replace Sebastian Vettel when the four-time world champion announced he would leave the team at the end of the year, but by that stage Ferrari was already closing a deal to sign McLaren’s Carlos Sainz. In turn, Ricciardo had agreed terms to leave Renault and replace Sainz at McLaren and within a matter of days both drivers were announced at their new teams for 2021.

In an interview with CNN, Ricciardo said he had been in talks with Ferrari for several years about a move but remained vague on why a deal had not come off.

“There have been discussions already from a few years back,” he said. “And that continued all the way through to now. So yeah, I won’t deny that. But obviously it’s never really come to fruition.”

Asked why the talks had not gone further, Ricciardo added: “I don’t know actually and I’ve never really chosen to dive too deep into it. Everyone says it would be a good fit, obviously, with my name and all the background stuff, but yeah, I try not to get emotionally caught up in any kind of situation.

“I see how Carlos is a fit for the team. So I don’t really look at it like ‘why not me?’ I just look at it: Yeah, Carlos had a very strong 2019. Yeah, he’s a bit of hot property right now, and I guess it’s a good fit for where they are at.”

Ricciardo’s decision to move from Renault to McLaren delivered a major blow to the French team, which signed him from Red Bull at the start of 2019 on a deal worth a reported $25 million a year. The Australian said it was not a simple decision to leave Renault, but that he had been in advanced talks with McLaren even before he signed for Renault in 2019.

“I guess no decision is ever black and white,” he said of the swap. “And I can’t actually give you a black and white answer. There wasn’t any moment, which was like a light bulb and said, ‘Yes, that’s what I need to do.’

“The discussions with McLaren go back to even before, I guess, 2018, and I guess continued over time.

“Obviously it’s not an overnight decision. I guess to compare as well the two I don’t think that’s fair.”