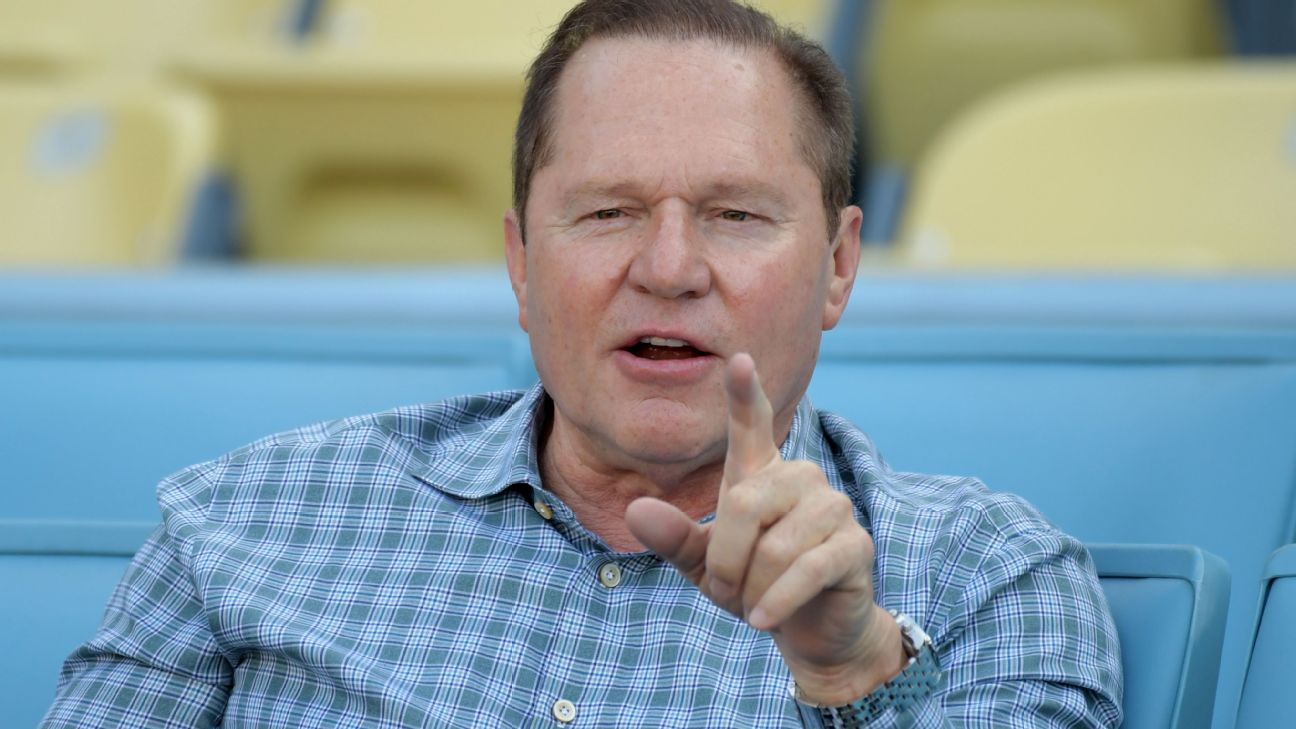 In an email obtained by The Associated Press, Boras wrote that players should not alter terms of the March 26 agreement between MLB and the union that called for players to reduce their salaries to a prorated rate based on a shortened season.

MLB on Tuesday proposed a series of tiered reductions that would cause top stars to receive the biggest cuts.

“Remember, games cannot be played without you,” Boras wrote to his clients. “Players should not agree to further pay cuts to bail out the owners. Let owners take some of their record revenues and profits from the past several years and pay you the prorated salaries you agreed to accept or let them borrow against the asset values they created from the use of those profits players generated.”

Boras is baseball’s best-known agent and represented 71 players on active rosters and injured lists as of Aug. 31, the most among player representative firms. His Newport Beach, California-based company negotiated more than $1.2 billion in contracts during the offseason.

“Owners are asking for more salary cuts to bail them out of the investment decisions they have made,” Boras said. “If this was just about baseball, playing games would give the owners enough money to pay the players their full prorated salaries and run the baseball organization. The owners’ current problem is a result of the money they borrowed when they purchased their franchises, renovated their stadiums or developed land around their ballparks. This type of financing is allowed and encouraged by MLB because it has resulted in significant franchise valuations.”

“Owners now want players to take additional pay cuts to help them pay these loans. They want a bailout. They are not offering players a share of the stadiums, ballpark villages or the club itself, even though salary reductions would help owners pay for these valuable franchise assets. These billionaires want the money for free. No bank would do that. Banks demand loans be repaid with interest. Players should be entitled to the same respect.”

Commissioner Rob Manfred has said 40% of MLB’s revenue is related to the gate. Teams told the union on May 12 that MLB would lose $640,000 for each game played in empty ballparks without fans. MLB claimed that playing with prorated salaries in empty ballparks would cause a $4 billion loss and give major league players 89% of revenue.

“There’s no need to engage with MLB in any further compensation reductions,” Scherzer said.

Boras cited the purchase of the Chicago Cubs by the Ricketts family and the redevelopment of Wrigley Field. Debt financing was key to both, he said.

“Throughout this process, they will be able to claim that they never had any profits because those profits went to pay off their loans,” Boras wrote. “However, the end result is that the Ricketts will own improved assets that significantly increases the value of the Cubs — value that is not shared with the players.”

Boras asked clients to “please share this concept with your teammates and fellow players when MLB request further concessions or deferral of salaries.”

“Make no mistake, owners have chosen to take on these loans because, in normal times, it is a smart financial decision,” Boras wrote. “But these unnecessary choices have now put them in a challenging spot. Players should stand strong because players are not the ones who advised owners to borrow money to purchase their franchises and players are not the ones who have benefited from the recent record revenues and profits.”

He added salaries have been flat for several years. The Opening Day average has been in the $4.4 million range since 2016.

Hearing a LOT of rumors about a certain player agent meddling in MLBPA affairs. If true – and at this point, these are only rumors – I have one thing to say… Scott Boras, rep your clients however you want to, but keep your damn personal agenda out of union business.