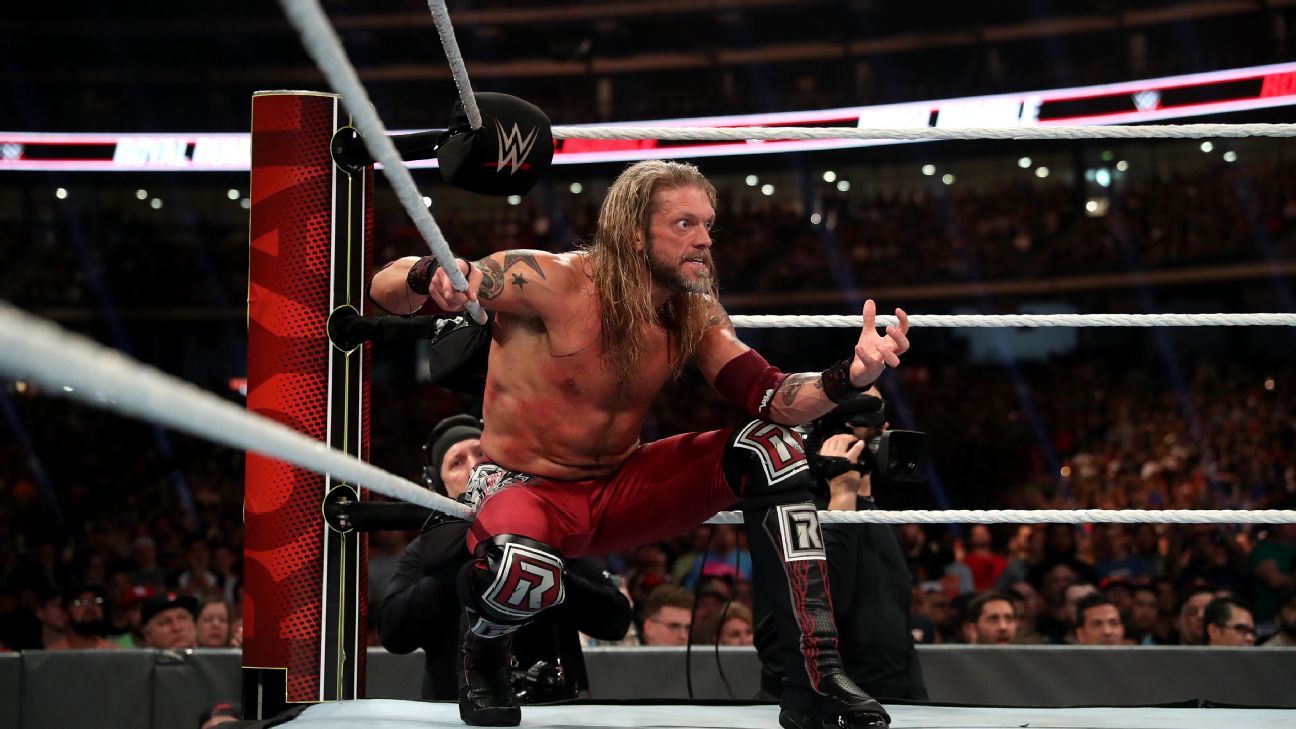 When the NHL announced that a modified playoff format was in the works in an effort to resume play, starved hockey fans rejoiced.

One of them is WWE superstar and Hall of Famer Adam “Edge” Copeland, who grew up just outside of Toronto.

“[I feel] such joy that there’s going to be playoffs,” Copeland told ESPN. “Absolute bliss. I have missed hockey so much. The hockey fan in me is so happy.”

Copeland stressed that as long everyone is healthy and the return is able to be executed safely, he welcomes the return of the NHL. If and when it does happen, Copeland will know exactly what players will be going through, as he himself is currently performing for WWE during the pandemic.

Edge returned to WWE after a nine-year hiatus beginning when he was forced to retire from the ring due because of injury. After making a surprise return at the 2020 Royal Rumble, Edge competed in a match at Wrestlemania 36 against Randy Orton. The pair will compete in a rematch at the WWE Backlash event on the WWE Network on June 14, with the bout billed as “the greatest match ever.” In working toward the match, Copeland travels weekly to the WWE Performance Center in Orlando, Florida. He noted that as he practices social distancing each week after getting home, having hockey as an escape would make the experience much more enjoyable.

As for the proposed 24-team format? Copeland has reservations.

“I’m not sure about the 24-team playoff personally — I still think maybe 16 [is better] — but it’s gonna make for some crazy hockey, which has me very excited,” he said.

Copeland, who has had a storied career in WWE that includes holding the record for most championships won in the promotion’s history, with 31, and 11 of those were world championship wins. His hockey fandom is torn between two NHL teams: the New Jersey Devils and the Toronto Maple Leafs. These are two teams that are themselves a dichotomy of championship histories. The Devils won three Cups in the span of nine seasons from 1995 to 2003, while the Leafs have 13 overall, still the second most in NHL history, but none since 1967, the longest active championship drought in the NHL.

Those two teams have divergent fates this season as well. The Devils are among the seven clubs whose seasons are officially over, while the Maple Leafs are set to square off against the Columbus Blue Jackets in the five-game “qualification round.”

“If [the Leafs] did win it this year, it would almost be a shame, because Toronto deserves that night of pure joy, and to not be able to celebrate, it would … it’s very Leaf-like, though. So it would kind of run according to history. So I’m torn. I’d like the Leafs to win the Cup. I’d kind of like them not to win this year, though.”

Copeland’s earliest memories of hockey include a series from the 1978 Stanley Cup Playoffs between the Leafs and the New York Islanders, watching the likes of Lanny McDonald, Darryl Sittler and Borje Salming propel Toronto to a series victory in seven games. When the Devils moved from Colorado in 1982, Copeland quickly became fan.

“I loved the Devils, purely, initially, because of their jerseys,” Copeland said. “And Chico Resch. He was my goalie. I didn’t like the Colorado Rockies. I just liked Chico. Now, when they moved to New Jersey, I was like, ‘Oh, I like those jerseys!’ That emblem, plus they still have Chico. Then from there, [the Devils’] goaltending legacy. You got Sean Burke, and obviously Marty.”