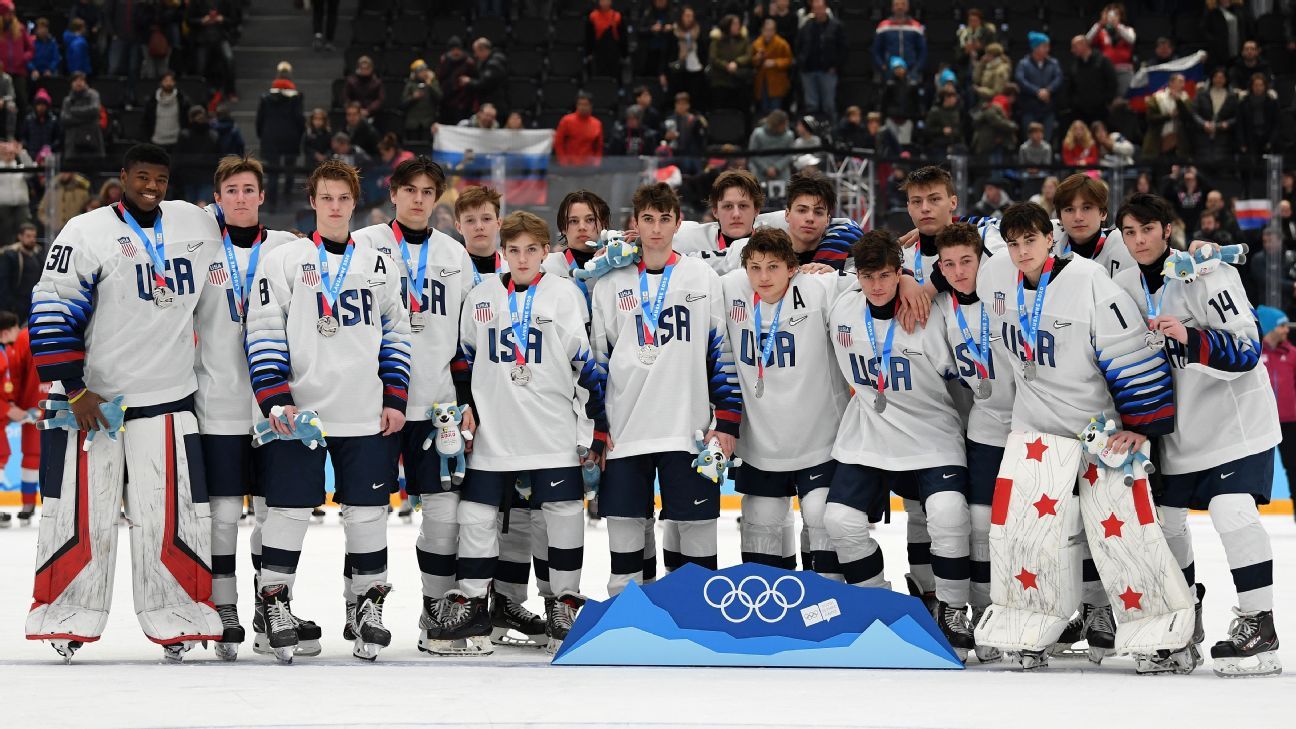 Over the past two decades, there have been only two seasons in which USA Hockey reported dips in participation: 2004-05 and 2012-13. Both seasons corresponded with the NHL season being disrupted by a lockout.

The NHL is desperate to return to the ice this summer to complete the 2019-20 season, award a Stanley Cup and recoup some of the $1.2 billion the league is losing during the coronavirus pandemic. It’s hard to put a price on the impact of the NHL’s return because amateur hockey is also dependent on the league.

“The visibility of the game is so vital to us,” said Pat Kelleher, the executive director of USA Hockey. “I know the NHL is continuing to look at plans to be back on the ice in some shape or form this summer. We think that would be really, really huge for the sport overall — and for us in particular — to have hockey on television and show people hockey is back. There’s a lot we could work together on with the NHL to help drive families into ice rinks across the country. We’ve seen the impact of when hockey is not being played and it’s not top of mind.”

Youth hockey in America — which has largely been on hold since early March, along with the NHL and the rest of society — faces other obstacles in coming back from the pandemic. The main issues are health and safety. The prohibitive cost of hockey could also become a concern.

“There are people that we know that will jump back into hockey the way it was before March 11,” Kelleher said. “And then there are going to be families that say we want to be back in hockey, but we need a different experience or a different commitment level to the game — because we love it, but we have had a change in our lives that will make it difficult to do it the way we used to do it.”

According to a survey released in May by the Aspen Institute’s Project Play, in partnership with North Carolina State University, Utah State University and George Mason University, 50% of parents worry that their child will get sick by returning to organized youth sports, and 54% of sports parents said their finances have been impacted negatively by the pandemic. Plus, there could be troubling trends for hockey’s ongoing quest to diversify: Only 58% of African American parents in the survey anticipated their child resuming sports activities at the same or higher level as before. The survey included 1,050 adults and was conducted in the first week of May as some states began to reopen.

USA Hockey is aware of these challenges and is working to address them to keep players on the ice. The first thing the organization is tackling is health protocols.

“We recognize things will be a little bit different,” Kelleher said. “There may be dressing at home. There may be limited locker room space. Locker rooms will probably be the big one.”

Kelleher said leaders at USA Hockey are mulling equipment protocols, specifically with helmets. “At the end of the day, we don’t know that there is going to be a massive difference between face shields versus cages,” Kelleher said. “We are discussing it, we are having our medical people discuss it, and if we think it will make a difference, we will recommend it. I don’t think it would be something we would mandate.”

USA Hockey is also monitoring the potential for rink closures. “It’s like any small business. I think people are definitely concerned, and we’re concerned,” Kelleher said. “Anecdotally, what we hear is that rink operators are excited to get back open. A lot of them have had to make significant changes to their operations and businesses over the last two-and-a-half months, but we haven’t heard of a lot of closings and people that aren’t going to come back. But we won’t know for sure until states open up and allow small businesses like ice rinks to be back in business. Until that time, it’s definitely a concern. But we remain optimistic.”

In May, the U.S. Ice Rink Association, U.S. Figure Skating and USA Hockey published a report, “Returning to the Rinks,” that outlines guidelines and recommendations for reopening. The report asked organizations to “look at making your payment/refund policies more flexible so that families do not feel as pressured to make an ice session” and minimize the number of parents and spectators watching and asked Learn to Skate USA to “strongly consider not offering any beginner classes until physical distancing restrictions have been eased.” Rinks were also advised to cease helmet rentals “until proper sanitation can be ensured.”

As for actual hockey activities, the report recommends to “avoid utilizing benches,” asks coaches to “excuse players one-by-one, giving appropriate time for each player to get off the ice,” and calls for minimizing “chalk talk sessions where players can congregate” and avoiding drills in which players are required to stand in line.

The last recommendation is one that Kelleher thinks will benefit the sport.

“For us anyway, the best youth hockey experience is when kids are moving, they’re active, they’re engaged,” Kelleher said. “Bob Mancini is one of our [American Development Model] managers, and he always says, ‘No lines, no laps and no lectures.’ You don’t want kids standing on line, and you don’t want them sitting there listening to a lecture from the coach on the ice.”

USA Hockey also thinks it is stronger than it was during the previous two NHL pauses, which will set it on a better path to rebound. Kelleher cites the two national “Try Hockey For Free Day” events, along with the creation of several programs at the grassroots level.

“And then, of course, there’s the work with the NHL and NHLPA with Learn to Play programs,” Kelleher said. “They continue to invest heavily and work with USA Hockey to provide entry-level programs that break down the barriers to entry to our game, to get kids into our sport. Over the course of time, we put those things in place. We’re certainly not bulletproof or recession-proof. We have a lot of work to do, but we’re going to be in a spot to potentially be successful and continue to grow the game.”