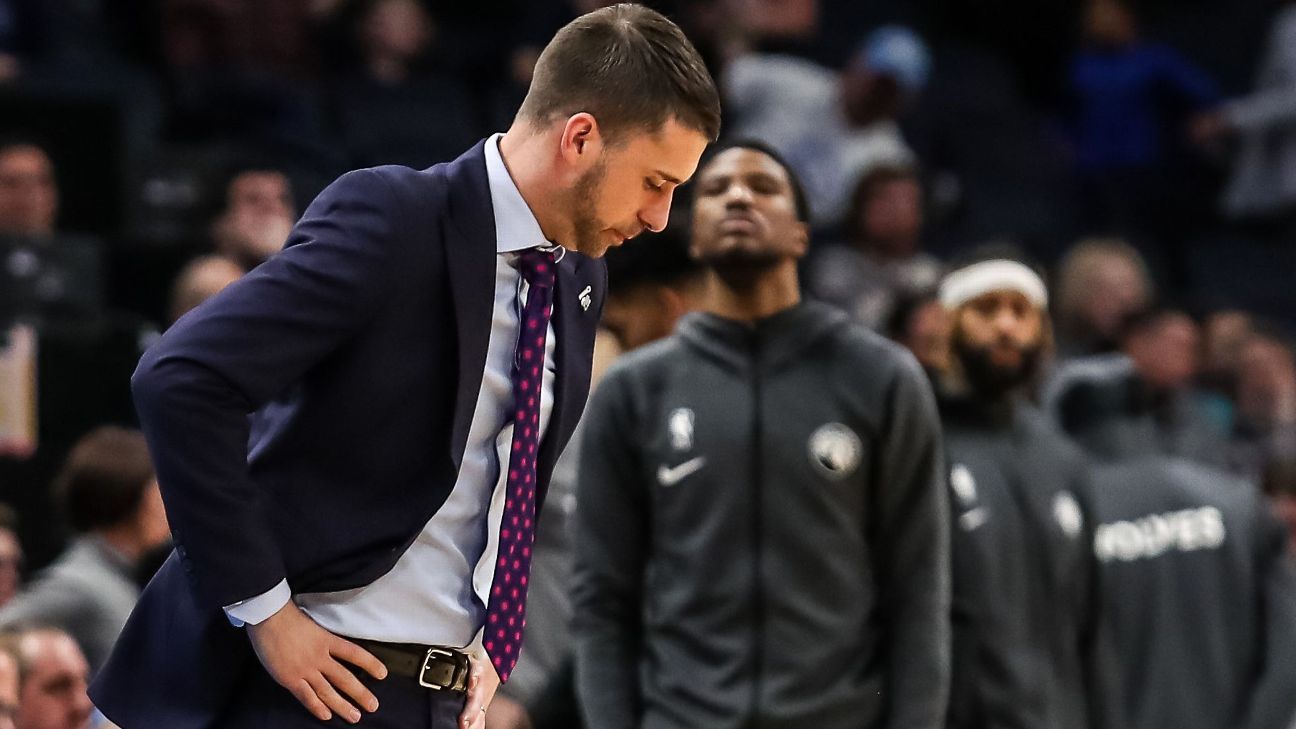 Across all those NBA trips he had taken as a young man with his father, Flip, all those years as a University of Minnesota player, a professional assistant and, now, coach of the Minnesota Timberwolves, Ryan Saunders never considered the stresses attached to a grown man leaving his hotel for a run through a different city.

After George Floyd died in police custody this week in Minneapolis, Saunders listened to one of his African American colleagues describe how he must consider the possibility that fastening a cellphone to his side could give someone justification to believe he’s reaching for a gun.

“Waist or armband?” Saunders told ESPN on Wednesday night. “I never knew that was a thing. I do now.”

Yes, this was the conversation Saunders wanted to start with his Timberwolves. This has long been his town, his team, and Saunders wanted his players and staff to understand that he needed to be more than another white Minnesotan — another white American — on Instagram simply sickened by the killing of a defenseless black man.

“I am a white male in a position of leadership, and I don’t take lightly the fact that I have not experienced some of these things that our individual guys have had to experience,” Saunders told ESPN. “So I wanted to make sure we were listeners, that we could become more educated as people completely inexperienced in never getting the benefit of the doubt. I grew up in Minnesota and this hasn’t been sitting well with me for the past two days. Sometimes the silence can be deafening too. When we’re given opportunity to speak on what’s right, I think it’s important to do that.”

Saunders had connected with president of basketball operations Gersson Rosas and assistant GM Joe Branch on Tuesday night, wanting to bring the team together on a Zoom call. The organization has had a speaker’s series every week in the pandemic — Bob Iger to Robin Roberts to J.J. Watt — but this was something far different.

“This was us responding to our players’ needs,” Rosas said.

Before the Timberwolves could engage a community that is reeling in response to the videotaped death of Floyd at the hands of the Minneapolis police, Saunders stopped talking and started listening on a call with most of his players and his basketball operations and coaching staff.

David Vanterpool, his African American associate head coach, still finds himself trembling when a police car pulls behind him on the street. He’s 47 years old. Following the deaths of Floyd and Ahmaud Arbery — a black man who was killed while jogging in Georgia in February — Vanterpool nodded along as his colleague told the story of the complexities of running with a cellphone on the road. “Alarming to some, but not strange at all to a lot of us,” Vanterpool told ESPN.

Over and over, there was a word repeated to describe the mood and tone of the players: confusion.

“There were three other cops,” Timberwolves guard Malik Beasley told ESPN later. “Why weren’t they helping him?”

Beasley, 23, and his girlfriend, Montana, have a story to tell too. She’s of Asian descent and wore a mask in public from the beginning of the pandemic in the United States. “People were looking at us weird,” Beasley said. “They were giving her the look, like, “Did you bring the virus here?

“It was really strange, and we did our best to stay in the house. We wanted to stay out of people’s way with everyone on edge.”

This was living post-NBA shutdown in Los Angeles, not Minneapolis. Eventually, they packed up, left L.A. and returned to Minnesota.

This has been an unsettling several months for a franchise that’s been almost entirely transformed since Rosas was hired a year ago. Only All-Star center Karl-Anthony Towns and Josh Okogie remain; the rest of the roster arrived via free agency, the draft and as part of the biggest volume trades in NBA history.

Towns was on the call with his teammates on Wednesday, the way he had been during a virtual memorial service for his mother, Jackie, who died of the coronavirus in April.

Rosas delivered a speaker to the team on Wednesday: Tru Pettigrew, an expert in the area of connecting communities with police. “He gave us the ability to verbalize our feelings, address them and figure out a way to move forward,” Rosas said.

For now, the Timberwolves will express how they feel on social media. Eventually, they’ll get back to basketball, back into the community. Before they hung up, they were already preparing for how they could play a part.

“We wanted to allow them to get their feelings and emotions out on the table and then try to move past the pain and anger so we can impact some positive change,” Rosas told ESPN.

Beasley talked about how the young, rebuilding Wolves are searching to develop an identity. That comes with winning, yes, but this could be a part of it too. “We talked about never wanting to see this happen again, and how could we play a part in that,” Beasley said.

Saunders was on his cellphone on Wednesday night in Minneapolis, walking around and talking about his town. “I’m like my dad in this way,” he said with a laugh. “I can’t sit down and talk on the phone.”

He’s the son of the most beloved and accomplished coach in Timberwolves history, and that always made this coaching opportunity something much, much more than a job. For him, this coaching title comes with a civic responsibility. He wanted his players to understand that he was aching for the loss of a victim, George Floyd, for a community and country where this shouldn’t still be happening.

Understanding the plight of young African American men is a requirement to making the necessary connection to coach in the NBA, but he believes it is even more than that: It’s a requirement of an American citizen who wants this carnage to end.

“He wanted us to feel his presence on this, even if he isn’t African American,” Beasley said. “He didn’t try to force it. It was genuine.”

Saunders is a 34-year-old suburbanite who grew up shagging rebounds for Kevin Garnett at the Target Center. In many ways, his life has been privileged. He made sure his players and staff knew that too, because Minnesota is like most places in the United States. There’s Ryan Saunders’ reality — and a reality belonging to someone else.

And so, the son of Minneapolis and Flip, the coach of these Minnesota Timberwolves, said: “That’s especially important for someone who looks like me.”