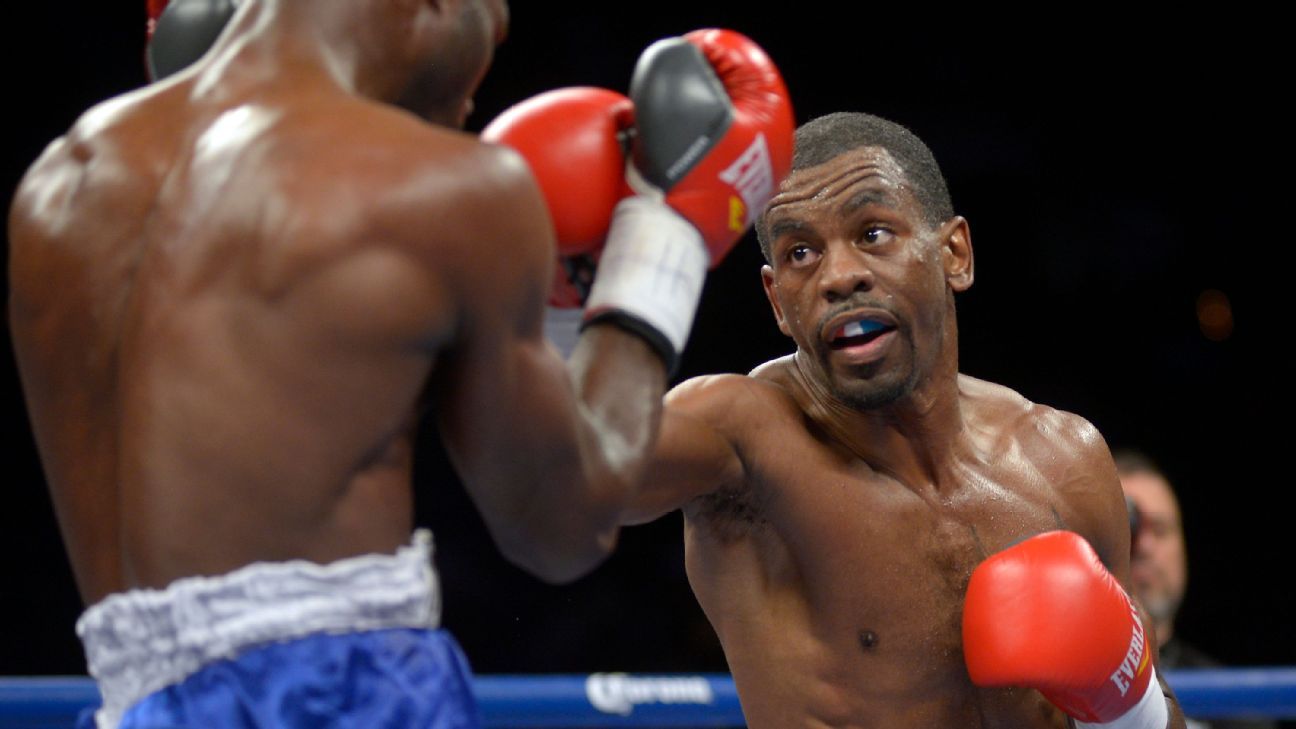 This will be the first title defended on a Top Rank card since the sport paused amid the coronavirus pandemic.

Herring (21-2, 10 KOs), 34, captured his title last May by soundly defeating Masayuki Ito and defended it with a decision win over Lamont Roach Jr. in November. There had been talk of Herring facing Carl Frampton in Ireland this summer before the pandemic temporarily shut down the sport.

The Athletic first reported news of the bout.

Oquendo (31-6, 19 KOs), 36, is an experienced pro who began his career in 2004. He has fought a number of contenders, including Abner Mares, Jhonny Gonzalez, Jesus Cuellar and Roach. In his most recent outing, in November, he defeated Charles Huerta via 10-round decision.

Herring believes it was vital to stay as active as possible for the time being.

“I’m looking at the fact I was supposed to be fighting Carl Frampton sometime in the future, and me and Carl are not the youngest guys on the block,” Herring recently told ESPN. “I kind of look at that as a risk — a huge risk on his part [if he sits out] — because let’s say we fight in the December time frame, he will have been out the ring for an entire year.”

“You can spar and do whatever workouts at home all you want, but if you’re not getting hit with those 8-ounce gloves without head gear — it’s a huge difference,” Herring said. “Which is why I decided with Top Rank to go out there and stay busy. I could’ve stayed home, as well, and waited for Carl Frampton, but the fact is: We don’t know how long this pandemic is going to last.

“If I have the opportunity to go out and knock the ring rust off myself, why not use the time to do that?”