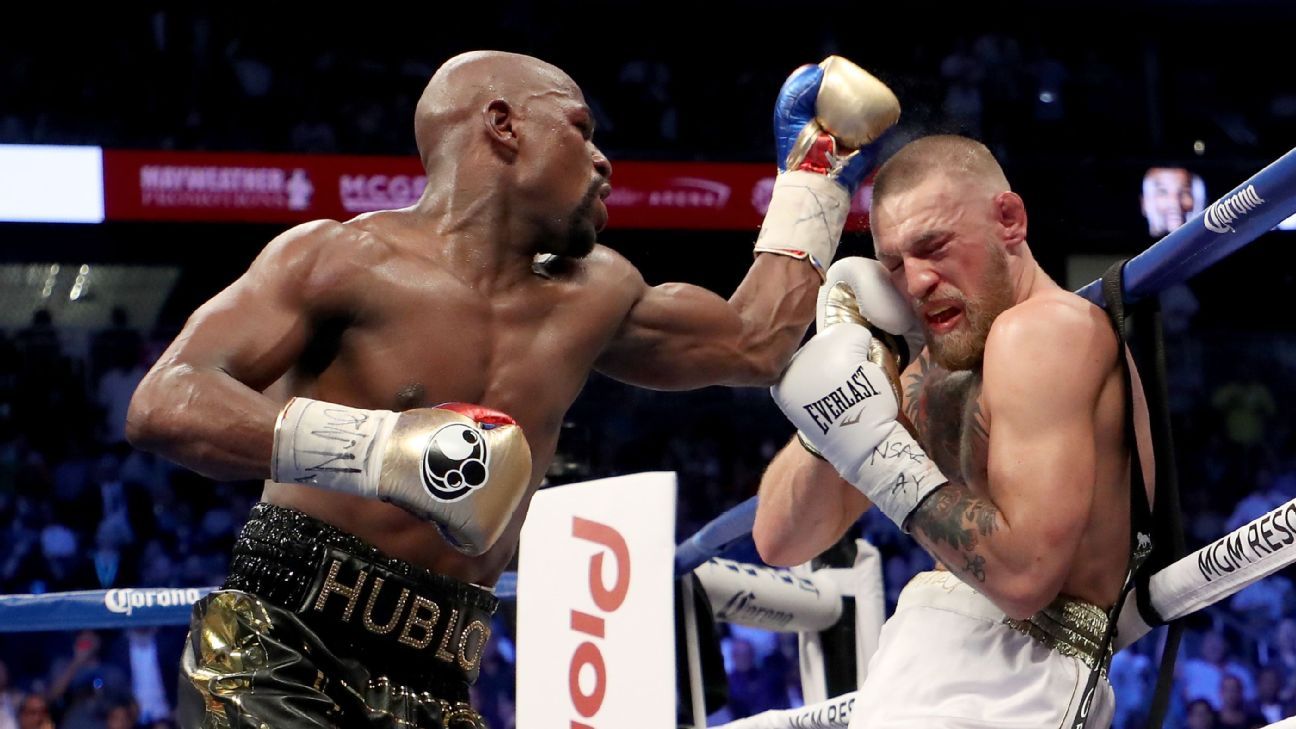 Boxing is ready for a big comeback. Fights are on the schedule and soon there will be action inside the ring. Yes, there is now light at the end of this tunnel.

While there are still many unknowns that will impact the sport moving forward, promoters can start putting together some fights, and fighters need to start getting back into ring shape.

Because of the unusual circumstances of the coronavirus pandemic that caused the shutdown of boxing (and the rest of the sports world), there are fights that will be impacted. Some will be delayed, others won’t take place at all.

Steve Kim and Nick Parkinson answer some key questions about what’s ahead.

Can Andy Ruiz Jr. find his way back to a title shot with Eddy Reynoso as his new trainer? Who should he fight next?

Kim: This all depends on his commitment level to the game. If he’s willing to put the necessary hours in the gym, yes, it’s absolutely feasible. Talent has never been the issue with Ruiz, but temperament. While he has natural talent and innate skills, you wonder if he really loves the sport, or if he merely does it out of convenience. As you look at the heavyweight landscape, it’s certainly not out of the realm of possibility that he will get another crack at the brass ring.

As for who he should fight next, Tyson Fury, Anthony Joshua and Deontay Wilder are all tied up at the moment, so a bout with Chris Arreola could be a great option. Arreola might be past his prime, but he’s a familiar face in the division and put forth a respectable effort in losing to Adam Kownacki last summer.

Parkinson: With all the titles tied up between two English heavyweights at the moment, Ruiz (and others) will be jostling to get themselves in pole position for a mandatory shot. Ruiz does not have to take a big risk in his next fight, but at the same time he needs to regain momentum following his loss in a rematch against Joshua. Luis Ortiz, Charles Martin and Michael Hunter would be good opponents for Ruiz to return against, while it would be wise for him to avoid the likes of the mobile Oleksandr Usyk and big-hitting Daniel Dubois. A rematch with Joseph Parker, who outpointed Ruiz for the WBO belt in December 2016, makes sense later down the line as a path towards another title shot.

In his shocking seventh-round win over Joshua a year ago, Ruiz showed his hand speed can be a problem for the elite heavyweights. Ruiz’s conditioning let him down in the Joshua rematch last December, but a good coach like Reynoso can correct that. Perhaps the new surroundings, and training alongside the likes of Canelo Alvarez, will get Ruiz motivated again, but it won’t be a quick route back to title contention.

Is it feasible for Canelo Alvarez to fight twice this year? How, against who?

Kim: Yes, but with this caveat: Will he be willing to fight at least once without a live audience? If so, there’s no reason that he can’t fight both in the late summer and late fall, or early winter. Traditionally, mid-September has been his date on Mexican Independence Day weekend, and it wasn’t too long ago (2018) that he faced Rocky Fielding in the month of December.

His arch rival Gennadiy Golovkin has made it clear that he will be fulfilling his IBF mandatory fight in his next outing, so Canelo (who can fight in various weight classes) has options. And whomever he fights, it will be a big event that allows his opponents to earn career-high paydays. Assuming that the Golovkin fight will be later in the year (and with the ability to have a live audience), why not just reschedule the fight that was going to take place in early May against WBO super middleweight titlist Billy Joe Saunders? That’s still a solid matchup.

Parkinson: It would be a surprise to see Canelo fight twice this year given the restrictions in place with travel and crowds at sports events — but it’s not impossible if the Mexican can secure a September return. Since the lockdown, there has been increased speculation about a third meeting with Golovkin, and given the importance of securing television revenue with the uncertainty over crowds, the trilogy fight looks increasingly likely in December. This fight would create a bigger global interest than Canelo facing either Callum Smith or Saunders, who both hold world super middleweight titles and are from England. Initial hopes to bring Canelo to an English soccer stadium, like Liverpool’s Anfield, in the fall are now out. Americans Caleb Plant and David Benavidez, the WBC super middleweight titlist, are better bets for Sept. 19 due to the current travel restrictions in place.

Is the right call for Vasiliy Lomachenko to fight Teofimo Lopez Jr. next instead of taking an interim fight, considering he last fought in August?

Kim: It’s not ideal, but yes, given the particular circumstances, this may be the only way for this highly anticipated matchup to occur. The 22-year-old Lopez is bursting out at the seams physically, before long he will be campaigning at 140. So if this bout is delayed any further, there’s a chance it evaporates into thin air. Lomachenko is now 32, a veteran of hundreds of amateur bouts and a pro since 2013. He can’t afford to wait.

Coming out of this lockdown, there will be a plethora of stay-busy and tune-up fights, which is understandable; but the sport also needs to have the big events to draw the interest of the public at large. If both Lomachenko and Lopez are willing and able to roll the dice on themselves in a high-stakes fight sooner rather than later, more credit to them.

Parkinson: Yes, take the Lopez fight next. Lomachenko is 32 and will not have fought for over a year when he returns. The superbly gifted Ukrainian, who turned professional late after a long and distinguished amateur career, doesn’t have time to lose, and needs a test rather than another interim fight, to secure a lasting legacy. Lopez, who has made rapid progress and is a box-office hit, would be the biggest fight for Lomachenko in over two years and offers the chance to win another world lightweight title belt. Lomachenko needs to take the opportunity while it is there to try and fulfill his dream of becoming an undisputed world champion.

If Errol Spence Jr. faces Danny Garcia next, where/whom should Terence Crawford shift his attention to

Kim: Hopefully not Kell Brook. Nothing against Brook, who several years ago made a strong argument as being the best welterweight in the world, but he has never been quite the same physically after his punishing affairs with Golovkin and Spence. But should Shawn Porter or Keith Thurman have real interest in facing “Bud,” both of these are strong options.

Putting aside the fact that Porter and Thurman are with Premier Boxing Champions, these are highly regarded welterweights with solid resumes. Porter is coming off a hard-fought 12-round loss to Spence, but is a two-time world titleholder at 147. Thurman suffered his first professional blemish as he was outpointed by Manny Pacquiao, but like Porter, has been a welterweight belt-holder. Both of them are coming off defeats, but could redeem themselves in a fight against Crawford, who is badly in need of some credible dance partners.

Monday through Friday, host Mina Kimes brings you an inside look at the most interesting stories at ESPN, as told by the top reporters and insiders on the planet. Listen

Parkinson: Most fight fans want to see Spence and Crawford square off against each other next, but if we have to wait for that one to materialize, at least the 147-pound division is loaded with talent to offer Crawford the chance to add that really big name to his record. And when it comes to legends, there is no active boxer bigger than Pacquiao right now. Pacquiao, 41, produced an improved display in his last outing, a decision win over Thurman, and holds the WBA belt. Travel restrictions would be a challenge to overcome to match Crawford with Filipino idol Pacquiao in the coming months, but outside of Spence there is no one fight bigger for Crawford. Former IBF titleholder Kell Brook, who had a confidence-boosting knockout win over Mark DeLuca in February, is also an option for Crawford if Spence and Pacquiao go different directions.

With a lot of fighters talking about comebacks, would you like to see Floyd Mayweather return against Manny Pacquiao or Conor McGregor?

Kim: Putting aside their rather tepid 2015 affair, this is a no-brainer. Give me real boxing. The McGregor fight back in 2017 felt a lot like a sparring session (albeit an incredibly lucrative one) where Mayweather seemed to toy with McGregor. Now, if they had their second bout in an Octagon under MMA rules, I’m interested.

Pacquiao showed in his bout with Thurman that he is still very much an elite fighter. Post-Mayweather, Pacquiao is 5-1 (and that one loss was a highly debated decision against Jeff Horn. Who knows, maybe five years later as older, aged fighters, it produces a better fight.

Parkinson: If Mayweather makes yet another comeback, realistically it is more likely to be against McGregor than Pacquiao. Pacquiao looked too good in his last three performances (Thurman, Adrien Broner, Lucas Matthysse), so expect Mayweather to choose an opponent he feels is less of a threat. Enter McGregor. Mayweather controlled McGregor in the UFC star’s first professional boxing bout in August 2017. Boxing purists may not have liked it, but there was enough interest to generate the second-biggest money numbers in the history of boxing, with 4.3 million PPV buys and total revenue of $550 million. It will not decide anything like who is the best boxer of this era, like Mayweather-Pacquiao did five years ago, but it will be a fun event… and sports fans need something like that right now.

McGregor, 31, made a 40-second comeback against Donald “Cowboy” Cerrone at UFC 246 earlier this year and the interesting question, if the fight happens, is whether Mayweather is sharp enough at 43?