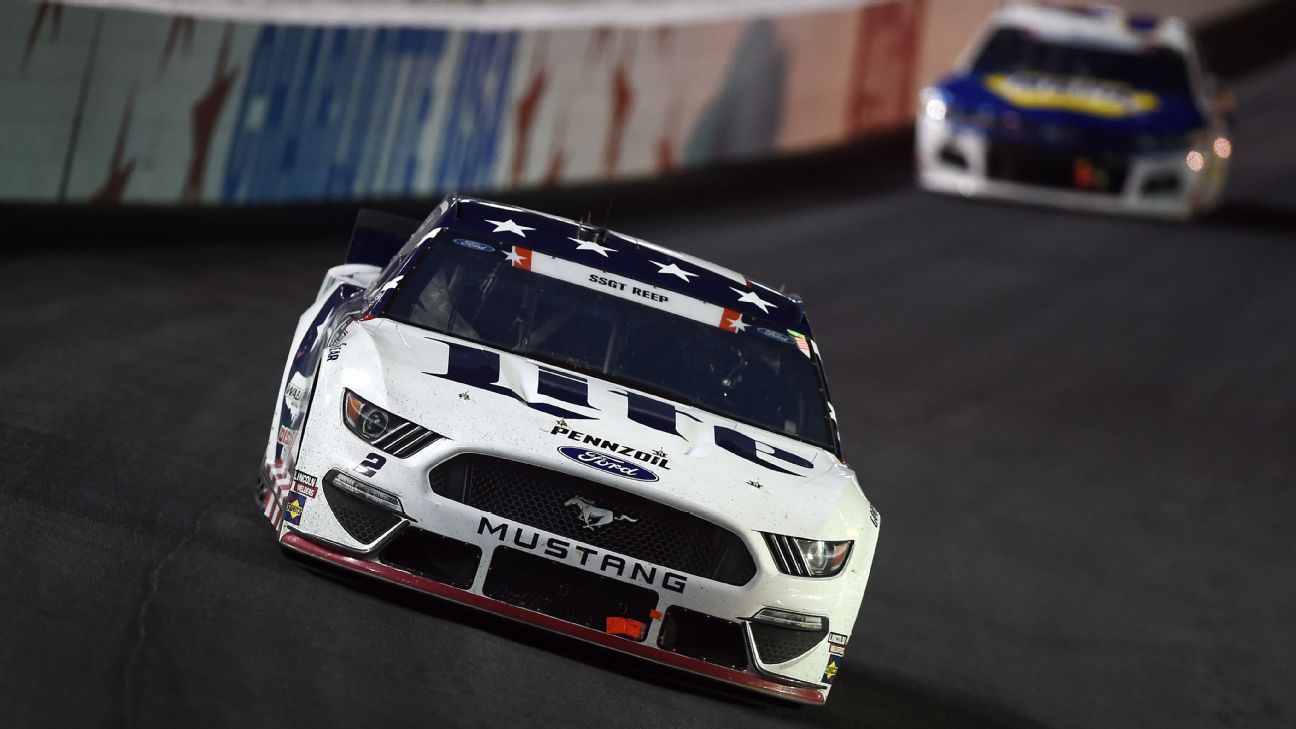 In another NASCAR race held without fans, this one at the Charlotte Motor Speedway, Keselowski won the circuit’s longest event of the season.

It didn’t go so well for Daytona 500 winner Denny Hamlin, who had to return to pit road to have the weight put back into his Toyota after a piece of tungsten flew off of Hamlin’s car during the pace laps.

Even though spectators weren’t allowed inside, there were still some fans listening to the roar of engines from an independently owned motorhome campground a few hundred yards from the track.

The win was Keselowski’s first of the season and 31st of his career.

UFC 251 — The inside story of Kamaru Usman, his father and a Texas prison
Crawford absent as Blackhawks reopen practice
Jason Holder: Taking the knee ‘meant the world to me’
Pac-12 North season preview: Oregon is the Pac-12’s best hope at the College Football Playoff
Korver to wear ‘Black Lives Matter’ on jersey