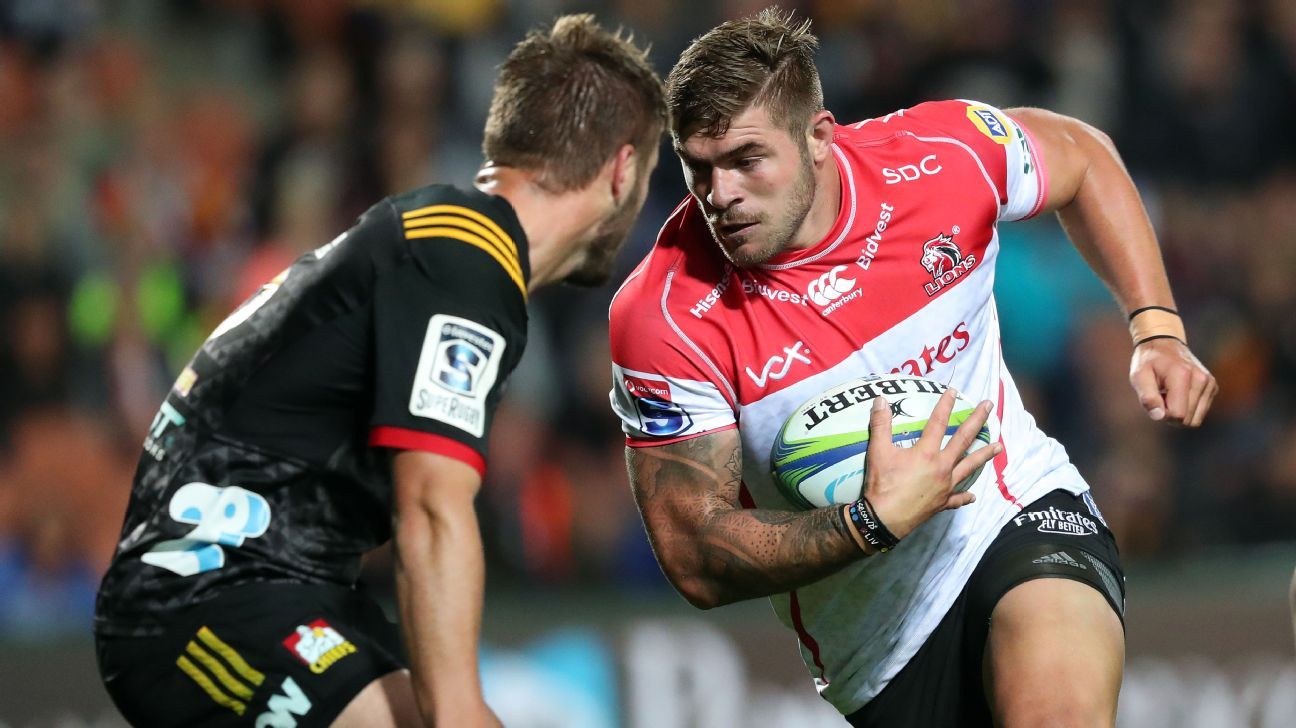 The Rugby World Cup winner is one of four players and one coach to leave the Lions after the introduction of the Industry Salary Plan to deal with the repercussions of the coronavirus, under which SA Rugby introduced a 21-day window allowing for players and staff to cancel their current contracts with immediate effect.

“There is always a big sense of loss and sadness when we lose family members,” Lions chief executive Rudolf Straeuli said in a statement thanking the departing players for their contributions to the Johannesburg-based franchise.

“We wish them well on their journey ahead and thank them for some very special times spent with the Lions.”

Marx is expected now to return to Japan to take up a contract with Kubota Spears, who are coached by two-time Super Rugby champion coach Frans Ludeke.

South Africa’s rugby stakeholders announced the Industry Salary Plan in order to reduce the sport’s budget by up to R1.2 billion ($US64.5 million) before the end of the year.

SA Rugby announced in a statement that the plan was collectively designed and concluded by organisations the national union, provincial unions, players and rugby industry employees.

“The economies will be achieved by reduced expenditure following the cancellation of competitions [49.7% of savings], cuts in other operational budgets [37.3%] and salary reductions [13%],” the statement announced.

Jurie Roux, SA Rugby chief executive was quoted in the statement as saying: “It was a complex process to find alignment with a number of entities… but throughout everyone collaborated fully”.

“The group identified our collective areas of financial risk and what savings had to be made and then identified a plan to mitigate those risks.

“It has meant salary cuts for many, but we have put together a plan that will ensure the industry will be positioned and resourced to get straight back to action just as soon as we are permitted.”

Roux said the focus of the sport had now shifted to those return-to-play plans.

“From the moment we went into lockdown we have been preparing and workshopping internal guidelines and protocols for return to play and return to work.

“Those are complete and are ready to be actioned as soon as we get Government’s go-ahead.

“We have presented our case to the Minister of Sports, Arts and Culture and believe we have a strong case.

“We do not run hospitals or build ventilators and we are not an industry that is critical to the South African economy, but we do believe that we add huge value to national life in other ways.

“The sight of the Springboks running out for the first time since winning the Rugby World Cup would be a powerful milestone on the nation’s journey to the other side of this crisis as well as being a boost for national morale.

“While the return to play of our provincial teams — even if it is behind closed doors — would similarly be hugely beneficial to a nation in lockdown.

“We understand that there are bigger agendas at play but believe the risk of transmission could be well managed by our protocols. We trust the minister and Government will view our case seriously.”

The Industry Savings Plan is scheduled to run until the end of December in the first instance.