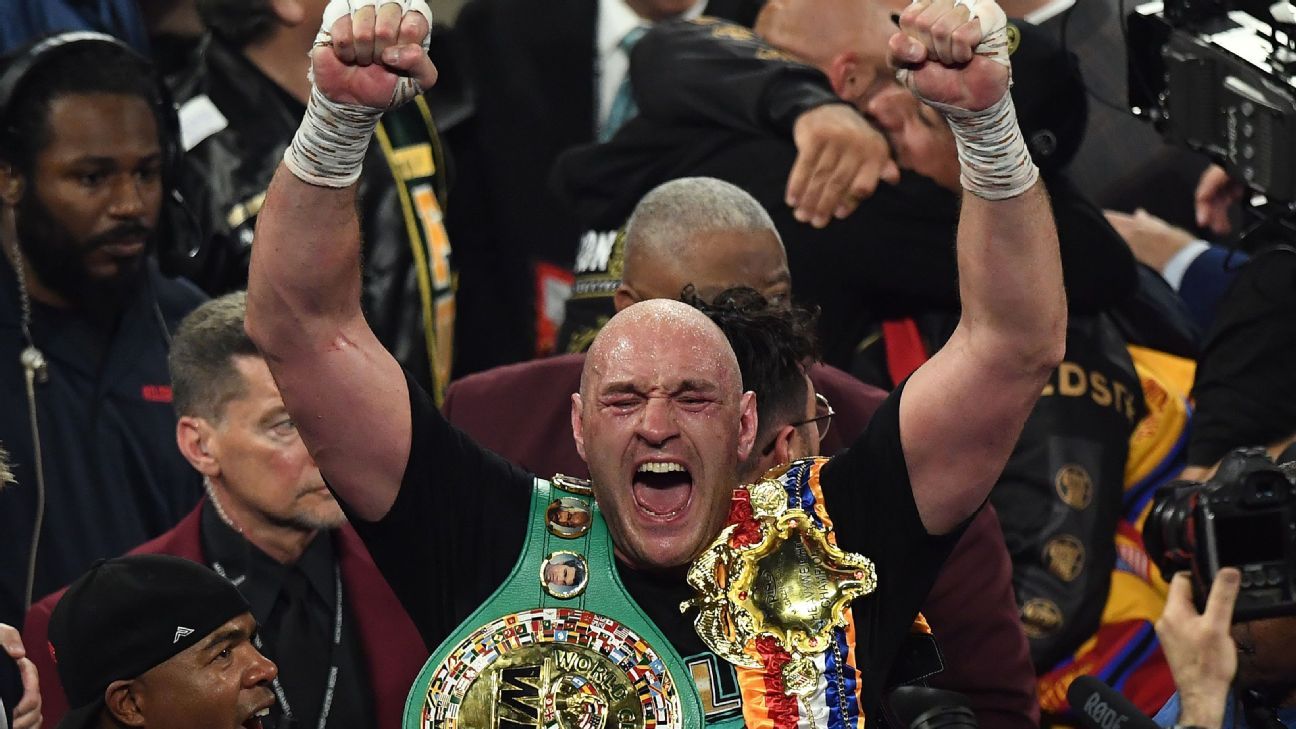 Fury’s advisor, MTK, which is based in Dubai, is negotiating for Fury on behalf of his co-promoters Top Rank and Frank Warren of Queensberry Promotions. MTK is waiting for an offer from promoters in Saudi Arabia, sources told Kriegel for ESPN’s State of Boxing (8:30 p.m. ET Friday, ESPN+).

Sources told Kriegel that MTK is handling negotiations due to a rift between Frank Warren and Eddie Hearn of Matchroom Boxing.

Sources said the offer to Fury would have to be large enough to pay Deontay Wilder, who is coming off surgery, to waive his contractual right to an immediate rematch. Fury knocked out Wilder in the seventh round in February, and the third fight is tentatively planned for late this year.

“As far as we’re concerned, the next fight [for Wilder] is the third fight [with Fury],” Finkel told ESPN.

As both Fury and Joshua reside in the UK, there’s long been hope that the British stars would face off at home in a stadium, but that doesn’t appear where these negotiations are headed. “We’re talking to MTK about where that fight would take place,” Hearn told ESPN. “At the moment, the main focus for everybody [is] the contractual situations.”

Hearn was referring to Joshua’s scheduled fight against mandatory opponent Kubrat Pulev, as well as Fury’s contract to fight Wilder. The Joshua-Pulev fight that was scheduled for June 20 was canceled due to the coronavirus pandemic.

“The conversations between myself and MTK are that we’ve had an approach,” Hearn said. “We’ve had a number of approaches from territories to stage that fight. So the only discussions at the moment are where this fight takes place — and we don’t even know when this fight could take place. … We’re certainly open to have discussions about the possibility of this happening this year or in the next fight.

“There’s more chance at the moment that the bigger money could come next year because we don’t even know if we can do live crowds in November, December.”

For now, Top Rank’s Bob Arum is content to wait on the financials.

“Let’s see what type of offers we get from the Middle East,” Arum said, “because there is a real frenzy with Saudi Arabia, Qatar, with the Emirates, to do events, to open up these countries in the winter and into next year. It would be foolish for us to not consider those types of offers.”

As for Fury, when contacted by ESPN, he said, “I’ll fight in Timbuktu if the money’s right. I have a bag, and I will travel.”