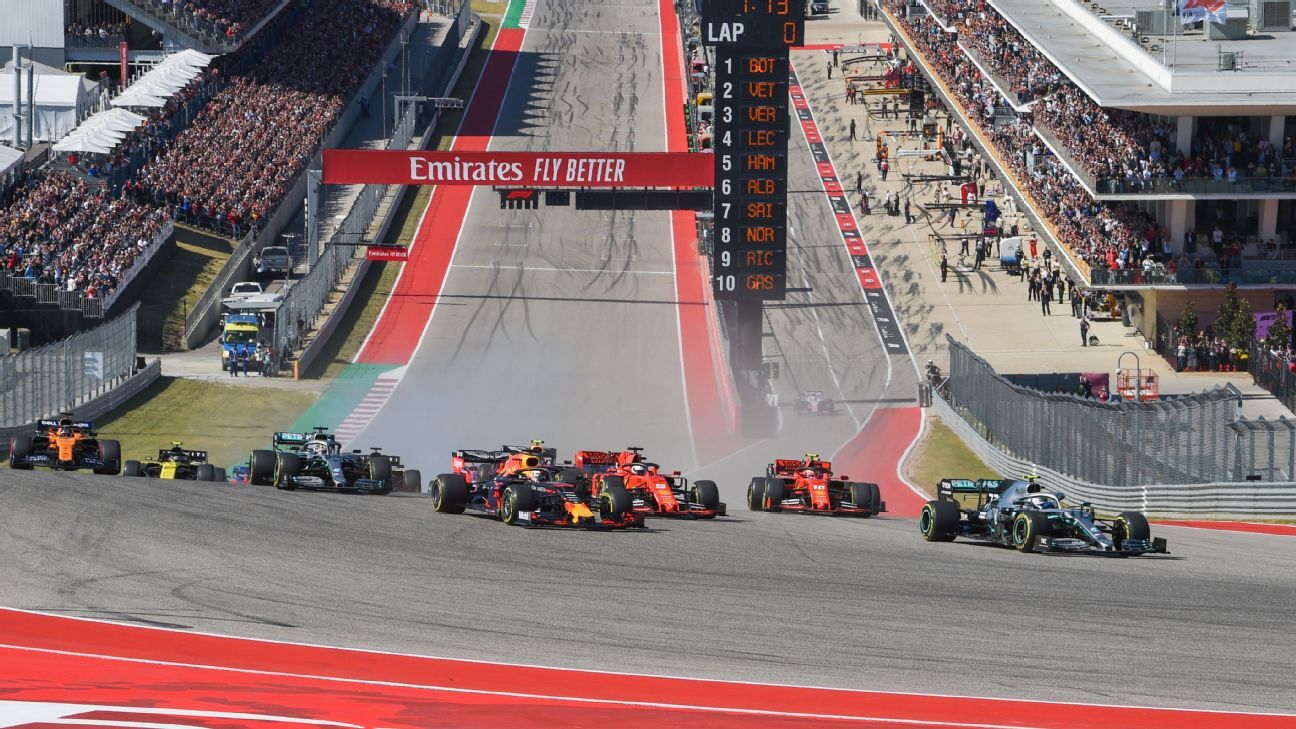 The all-female W Series will be part of the Formula One support programme in its second season with new races at the United States and Mexico Grands Prix in October, organisers announced on Thursday.

The W Series, conceived as a platform for women to gain experience and climb up the motorsport ladder to compete with the men, started last year with six races at European circuits.

Those behind it have made no secret of their global ambitions, however.

The races — respectively staged at the Circuit of the Americas in Austin, Texas, and Mexico City’s Autodromo Hermanos Rodriguez — expand the second season to eight rounds, with the other six accompanying the DTM German Touring Car championship.

“In just one year, W Series has contributed significantly to increasing interest in the topic of diversity and inclusion in motorsport,” Ross Brawn, Formula One’s managing director for motorsport, said in a statement.

“We are convinced that our sport must offer equal opportunities for men and women to compete together.

“It is no coincidence that improving the diversity of the F1 grid by supporting and promoting driver talent from under-represented backgrounds is one of our strategic objectives.”

Formula One has not had a female racer line up on the starting grid since 1976.

W Series chief executive Catherine Bond Muir said she was thrilled her championship would be a part of the two weekends.

🗣️ W Series to stage all-new races alongside @F1 in USA and Mexico in 2020. 🇺🇸🇲🇽

The two races will form a championship-deciding double header and will be rounds seven and eight of the eight-race 2020 #WSeries championship. 🏆https://t.co/Ck8pB5GXDl #WSeries | #F1 pic.twitter.com/qAvch9OqMn

“I’m particularly pleased that W Series will now stage races outside Europe, and the USA and Mexico are of course both very important new territories for us,” she said.

The American races will be on successive Saturdays when Formula One qualifying is the main draw. The two grands prix have been Formula One title-deciders for four of the last five years.

Both circuits have also been keen to show greater inclusivity in a male-dominated sport and have space on support programmes without the usual junior series.

The 2019 title, with a prize of $500,000, was won by Britain’s Jamie Chadwick, who is also a development driver for the Williams Formula One team.

Former F1 racer David Coulthard, who competed in 246 grands prix between 1994 and 2008, is the chairman of the W Series advisory board.

“It [the agreement] demonstrates very clearly the extent to which W Series has quickly been widely accepted as part of the international motorsport calendar,” the Scot said.

Buster Olney’s top 10 teams: Big boys have some competition
Austin leads Langer by 1 at windy Hualalai
Thaddeus Moss gives dad Randy the win his family has been waiting for
Anrich Nortje ready to pound in again on green grass of home
Fantasy hockey: Goalies who could be the next Jordan Binnington