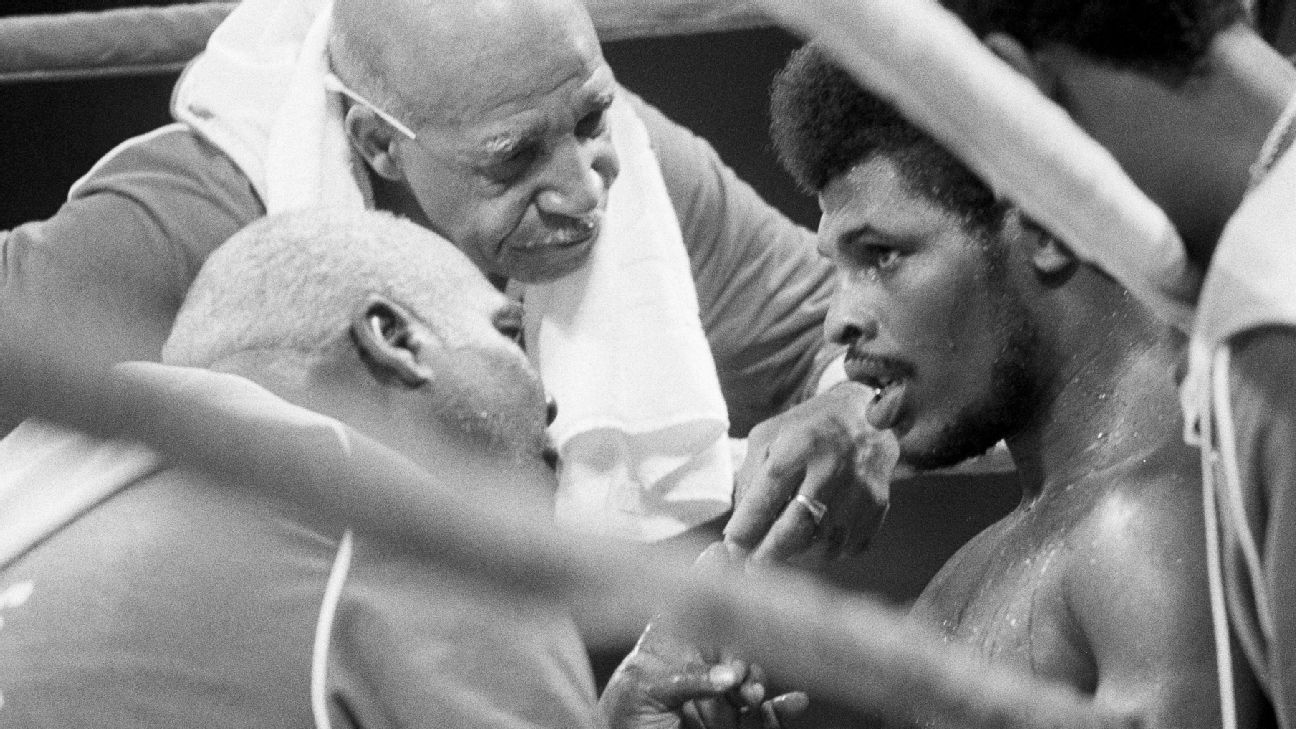 Former heavyweight world champion Leon Spinks is seriously ill with an undisclosed ailment and is hospitalized in Las Vegas.

“Leon is currently hospitalized and in the care of an exceptional team of doctors,” Brenda Glur Spinks, the former fighter’s wife, told ESPN in a statement on Thursday. “We kindly request that privacy be given to his family at this time. I, Brenda, Leon’s wife, and our family would like to graciously thank all of Leon’s friends and fans for all of the outpouring support of love and prayers.”

She declined to give any more details about her husband’s condition.

On Monday, she wrote on her Facebook page that Spinks was dealing with medical issues.

“Dear Friends: I know it’s been awhile. However, you know how I Believe in the Power of Prayer,” she wrote. “It’s been a tough year for us. Leon has endured a lot of medical problems. I’m reaching out to ask you to kindly pray for my Beautiful Husband Leon. So that he may overcome the obstacles that have crossed his path. We Love You.”

Spinks, 66, who won an Olympic gold medal in 1976, made boxing history on Feb. 15, 1978, when he was 6-0-1 and got a surprising shot to challenge Muhammad Ali for the heavyweight world title. Spinks won a 15-round split decision at the Las Vegas Hilton to win the title in a massive upset. Soon Spinks and his gap-toothed grin were everywhere and he instantly became one of the most recognizable people in the world.

Spinks and Ali met again in a rematch seven months later at the Superdome in New Orleans. Ali regained the title by a 15-round unanimous decision.

Spinks (26-17-3, 14 KOs) never again approached the level of success he had in the first fight with Ali, but he continued to fight for many years before retiring in 1995. In 2017, he was inducted into the Las Vegas Boxing Hall of Fame.

Spinks, the brother of Hall of Fame former heavyweight and light heavyweight champion Michael Spinks and the father of former undisputed welterweight world champion Cory Spinks, has had previous medical problems. In 2014, he suffered intestinal damage and was hospitalized after swallowing a piece of chicken bone. It led to multiple surgeries.