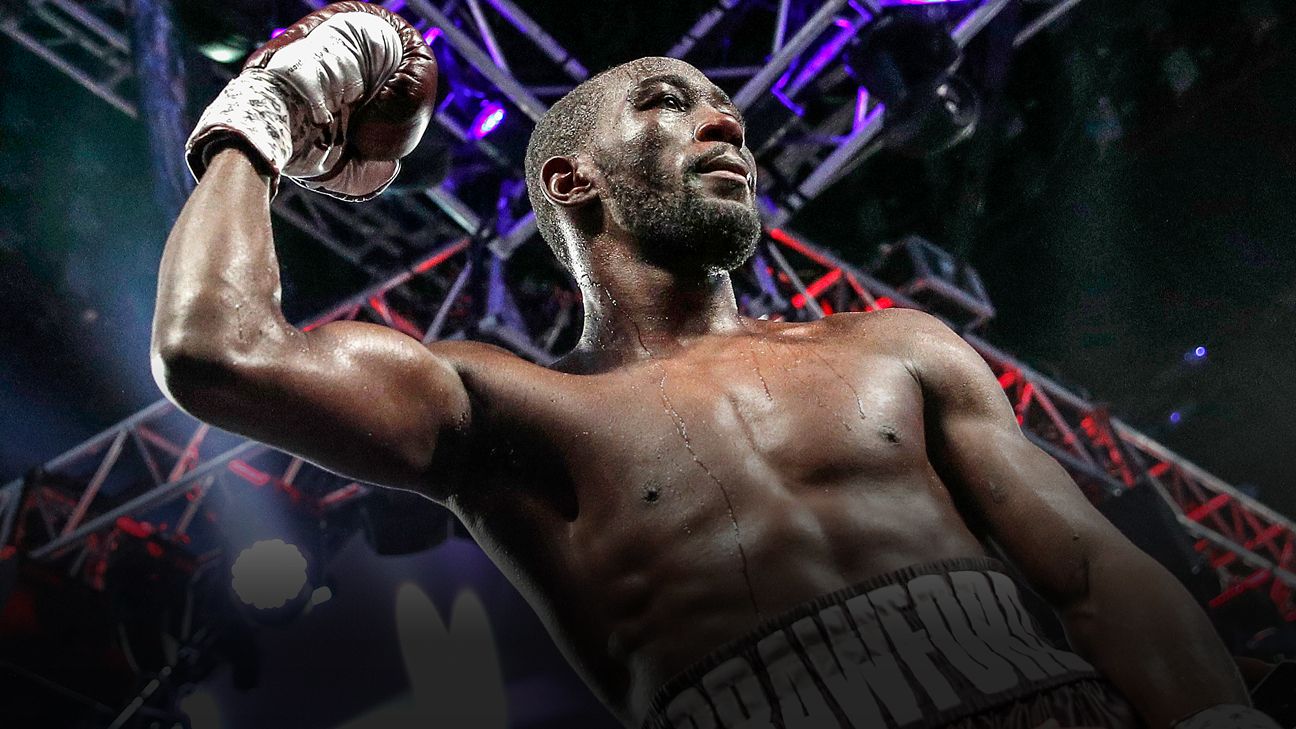 On the co-main event, Richard Commey puts his IBF lightweight world title on the line against Teofimo Lopez, who’s fighting for his first major belt.

To open the broadcast, Michael Conlan will face Vladimir Nikitin in a 10-round featherweight battle. It is a rematch of the 2016 Olympic quarterfinals, during which Nikitin defeated Conlan in a controversial decision.

Top Rank Boxing is now on ESPN and ESPN+. Subscribe to ESPN+ to get exclusive boxing events, weigh-ins and more.

Crawford (35-0, 26 KOs) won the belt by stopping Jeff Horn in Round 9 in June 2018. Crawford has made two defenses of the WBO title, a technical knockout of Jose Benavidez Jr. in October 2018 and a sixth-round TKO win over Amir Khan in April.

Kavaliauskas (21-0-1, 17 KOs) hasn’t won a fight since November 2018, when he defeated Roberto Arriaza by third-round KO. In March, Kavaliauskas fought to a majority draw against Ray Robinson in a tough bout in Philadelphia.

Commey (29-2, 26 KOs) has won his last four fights by stoppage, including victories against Isa Chaniev to win the title in February and Raymundo Beltran in his first defense in June.

Lopez (14-0, 11 KOs), the ESPN 2018 prospect of the year, needed to go the distance against the much taller Masayoshi Nakatani in July, but he has seven KO victories in his last 10 fights.

Where can I watch the Crawford-Kavaliauskas world title fight card on Saturday?

The Crawford-Kavaliauskas world title card broadcast on ESPN will begin at 9 p.m. ET on Saturday. The main card includes Commey vs. Lopez in a 12-round battle for Commey’s IBF lightweight title, and Conlan vs. Nikitin in a 10-rounds featherweight special attraction.

Don’t have ESPN? Learn how to get instant access today: ESPNInstantAccess.com

How do I stream the fights?

The main card will be available to stream on mobile devices using the ESPN App.

Don’t have ESPN+? Learn how to get it today: ESPN+