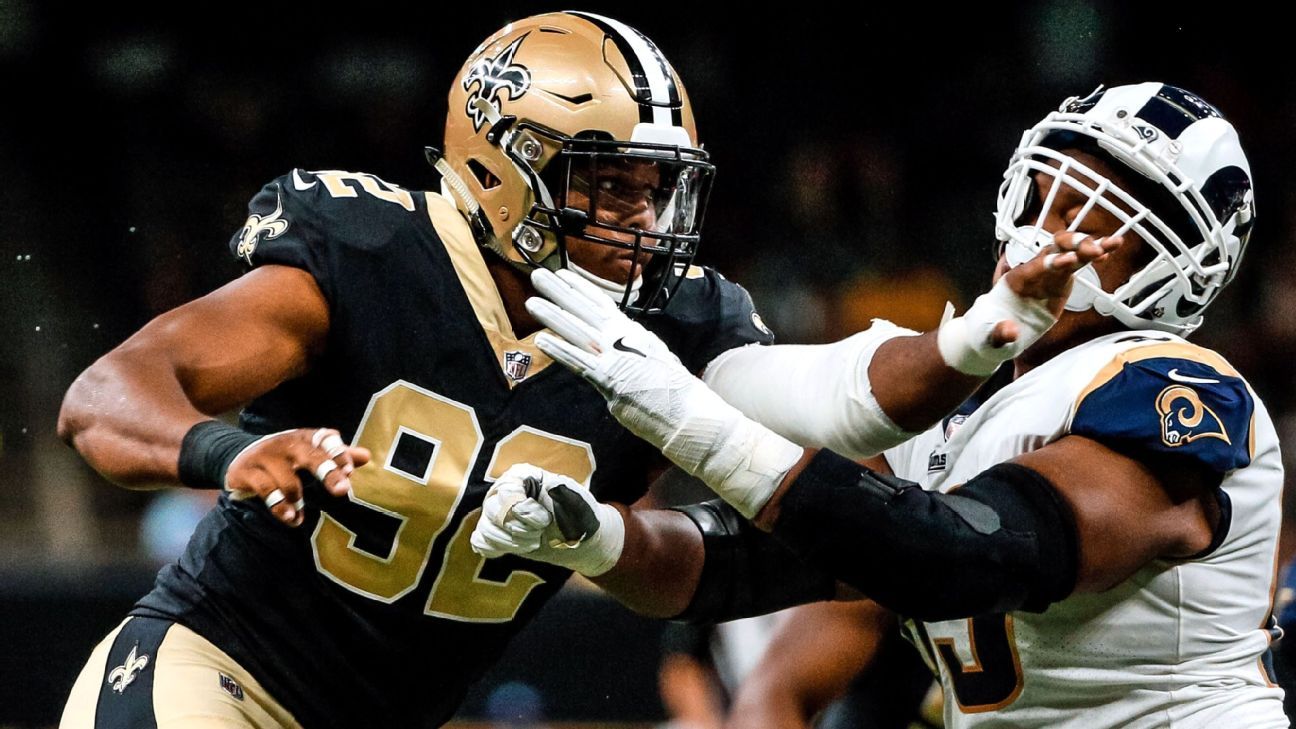 METAIRIE, La. — The New Orleans Saints‘ last-second loss to the San Francisco 49ers on Sunday proved even costlier than it seemed.

Defensive end Marcus Davenport will have season-ending foot surgery after being injured in the second half, and starting defensive tackle Sheldon Rankins also suffered an ankle injury in the 48-46 defeat, a source confirmed Wednesday.

The Saints will sign veteran defensive end Noah Spence as a replacement for Davenport, a source confirmed. Davenport’s injury and Spence’s signing were first reported by the NFL Network.

Davenport, a first-round draft pick in 2018, also had foot surgery following his rookie season. He returned to start 13 games this season with six sacks, 16 quarterback hits and three forced fumbles.

The 6-foot-6, 265-pounder hit a bit of a lull in the middle of the season, but he came up huge in Weeks 12-13 when he totaled three sacks and two forced fumbles and affected a missed field goal by the Carolina Panthers in the final minutes by leaping over the line.

Davenport will be greatly missed by a defense that already was relatively thin at defensive end.

The Saints will likely count more on third-year backup defensive end Trey Hendrickson, who was also dinged up in Sunday’s game.

Spence, 25, had a terrific rookie year with the Tampa Bay Buccaneers in 2016 with 5.5 sacks and three forced fumbles after being drafted in the second round. His production has tailed off since, however, and he was released at the end of this preseason. The 6-foot-2, 252-pounder later signed with the Washington Redskins and played seven games with them, recording one sack.

Before Sunday, the Saints’ defense had been a strength for much of this season, helping them win games by scores of 12-10 and 13-6 while Drew Brees was out with a thumb injury. The Saints rank 13th in the NFL with 338.3 yards allowed per game, are tied for fourth with 43 sacks and fifth with 94.2 rushing yards allowed per game.