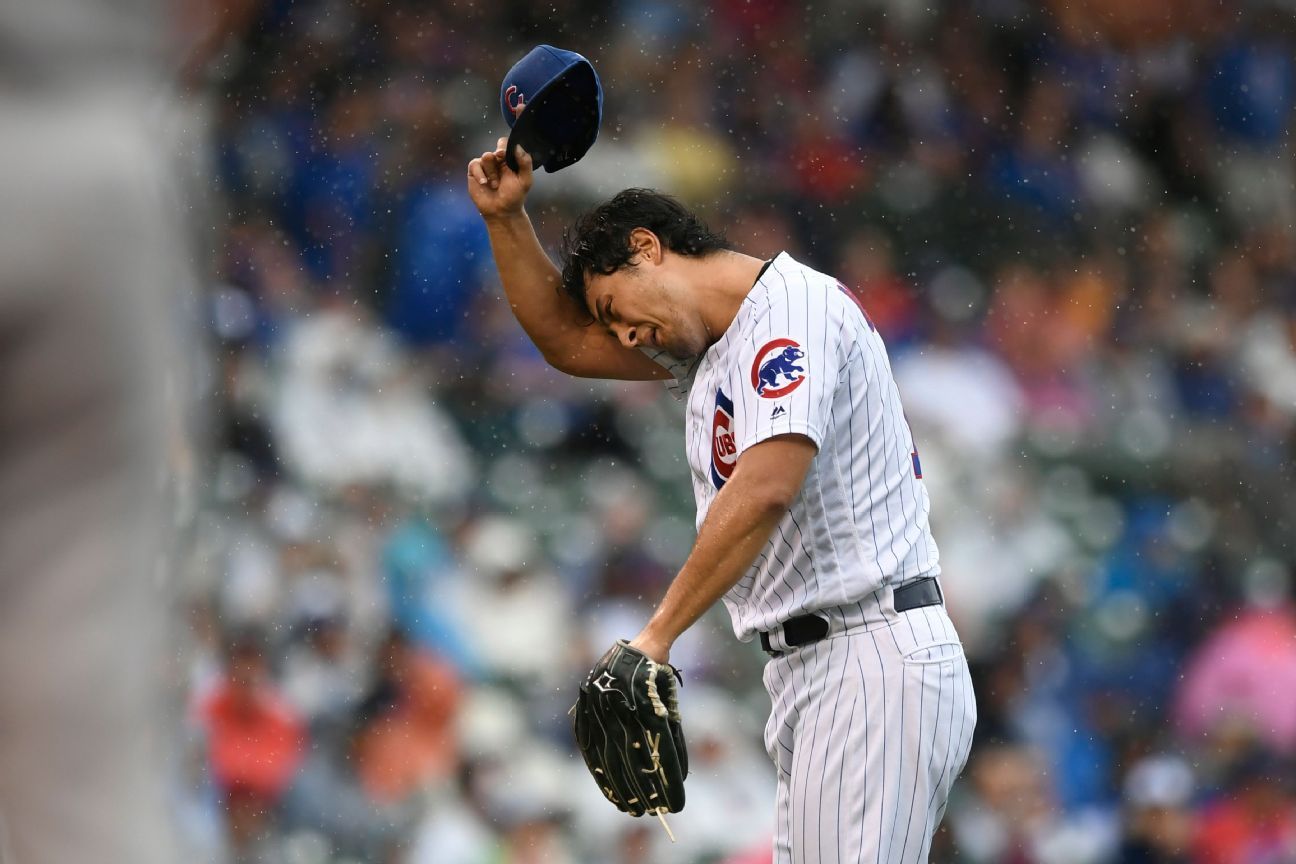 CHICAGO — The Chicago Cubs keep making history, just not the kind they want, as their season continues to fade away.

On Sunday, they became just the second team in 100 years to get swept at home in a four game series and lose all four by a single run. They also became the first major league team since 2011 to lose five straight one-run games. It’s the first time it’s happened to the franchise since 1915.

Chicago is now four games back of the Milwaukee Brewers for the second wild-card spot.

“If you play back the tape, it’s almost unbelievable that it turned out this way,” an incredulous Joe Maddon said after losing 3-2 to the St. Louis Cardinals. “The last six have been wash and repeat.”

The Cubs completed their home schedule losing their final six games at Wrigley Field, five by one run, as they also lost to the Cincinnati Reds, both Tuesday and Wednesday, before the Cardinals swept them. It’s all but dashed their playoff hopes.

“How did it that all happen?” Maddon asked rhetorically. “How did we lose all those four games? They were one run better than us every night, and we were really evenly matched, and that’s all I will concede.”

Three of the four losses to the Cardinals came with the Cubs leading or with the game tied in as late as the ninth inning.

On Sunday, starter Yu Darvish was attempting to finish off his first complete game of the season, but everything changed after Jose Martinez hit a triple to lead-off the inning. Three batters later the Cardinals took the lead for good when Paul Goldschmidt doubled home Tommy Edman who had singled.

Cubs closer Craig Kimbrel blew Saturday’s save and was unavailable for Sunday’s contest, but Maddon said he would have left Darvish in the game either way.

“I saw Jake (Arrieta) pitch pretty well when he won his Cy Young, but this is like equivalent of all that,” Maddon said. “He absolutely deserved a better fate.”

Darvish has been a strikeout machine for the Cubs, fanning 12 more in 8.1 innings on Sunday. In doing so, he became the fourth different Cubs pitcher, since 1920, to record at least 10 strikeouts in three consecutive games.

A dazed locker room tried to put into words a last week that saw their playoff odds plummet from 77% entering Monday to 2.4% on Sunday, according to Fangraphs data.

“Just not really sure how that happens,” outfielder Ian Happ said. “It’s bad luck. It’s a lot of things. And it’s not fun. We played pretty good baseball. It just didn’t turn our way.”

Anthony Rizzo added: “This is growing pains. You take the good with the bad, wherever you can, and you learn. And try to grow as a person.”

The Cubs play their final six games of the season on the road and could be without Kris Bryant who sprained his ankle as he hit first base early in Sunday’s game.