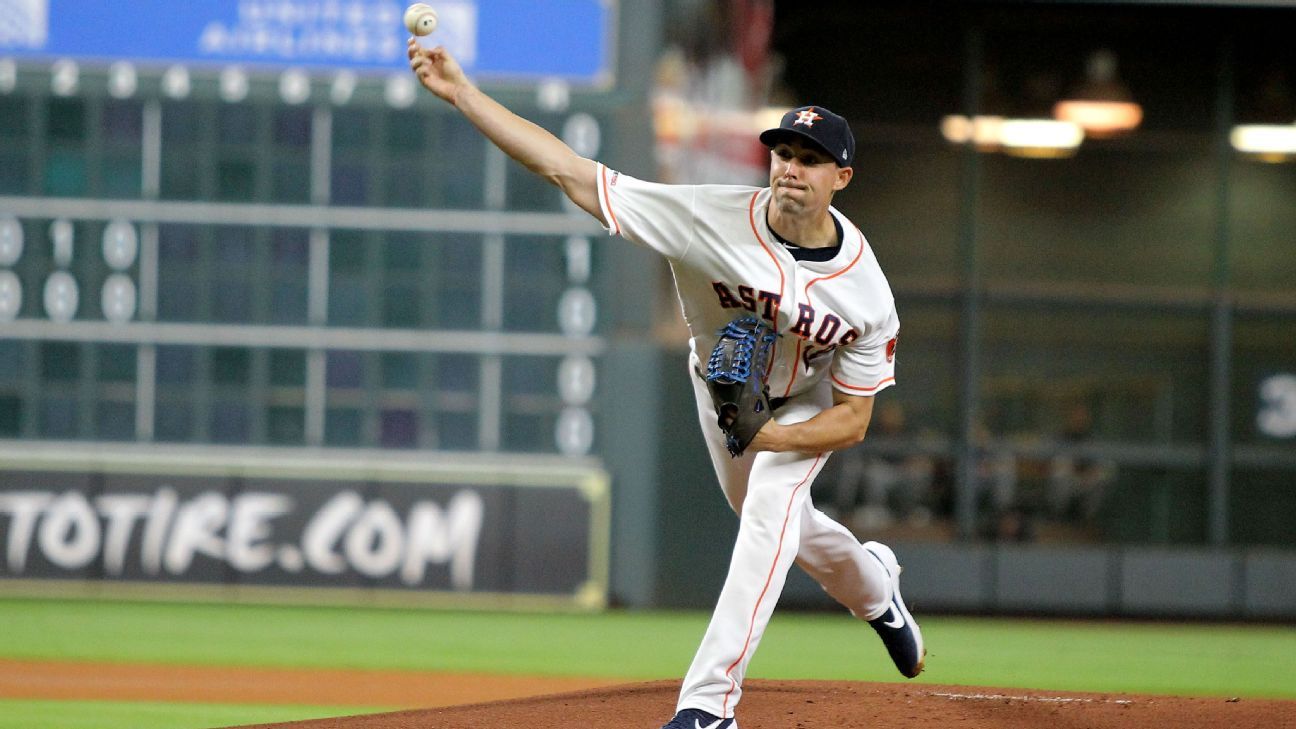 Right-hander Aaron Sanchez, who combined with three relievers to throw a no-hitter in his first start for the Houston Astros on Aug. 3, has undergone season-ending surgery on his throwing shoulder.

Astros manager A.J. Hinch said Wednesday that Sanchez had the surgery last week in California and indicated that his rehabilitation and recovery time likely will extend into next season.

The 27-year-old hasn’t pitched since Aug. 20 because of what the team said was a sore right pectoral muscle. The team had expected him to return this season, but general manager Jeff Luhnow said last week that he would need the procedure on his right shoulder and wouldn’t return this year.

Also on Wednesday, Hinch said that shortstop Carlos Correa would get a day off for Wednesday’s series finale against Texas as the Astros ease him back into playing every day after he sat out almost a month. Alex Bregman will get the start at shortstop, and Aledmys Diaz will start at third.