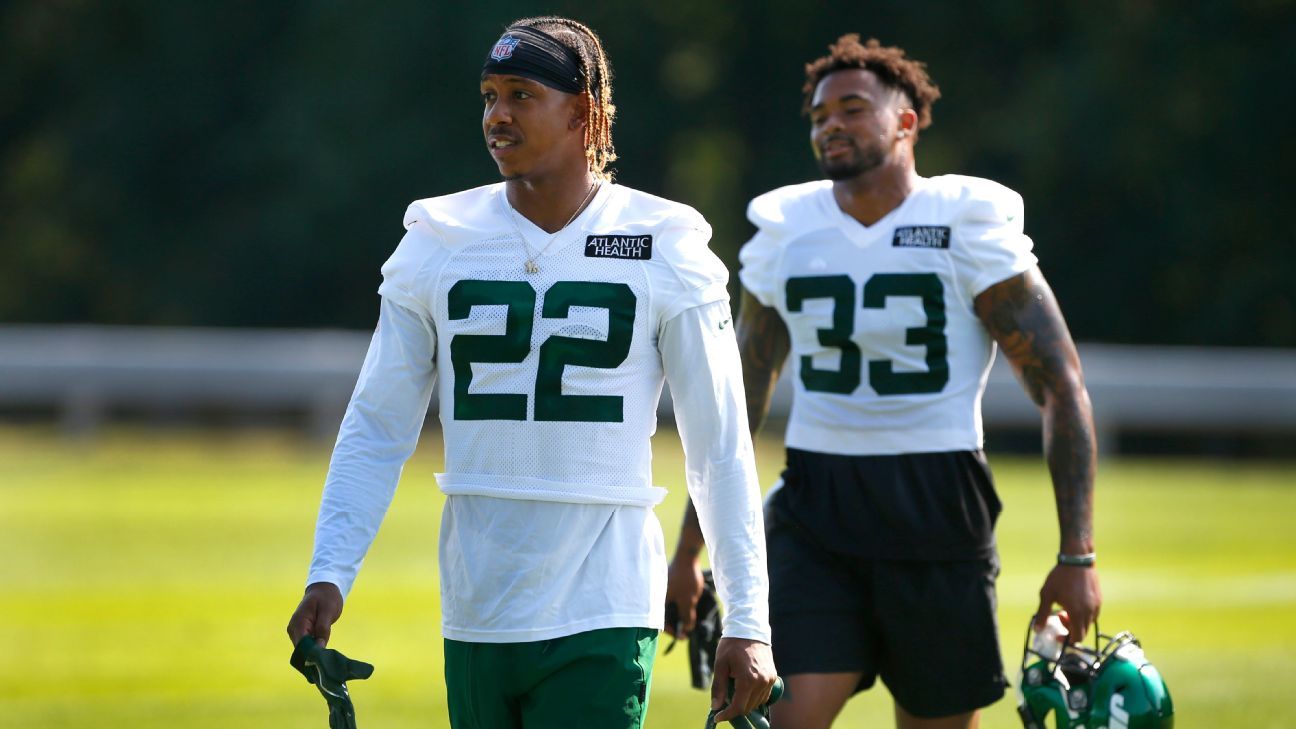 Pro Bowl safety Jamal Adams, who was pulled out late in the fourth quarter after committing penalties on back-to-back plays, vented Tuesday on his local radio spot, saying he was “benched.” He rarely comes off the field. In fact, he missed only one defensive snap last season.

That put Gase in damage control, claiming the decision to remove Adams wasn’t performance-related. He said he did it because Adams seemed frustrated by the lopsided game — a 23-3 loss — and he wanted him to settle down on the sideline.

Gase said he spoke with Adams in an attempt to smooth things over.

“I thought he was getting fired up pretty good, and I clicked over (to the defensive coaches) and I was like, ‘Hey, we need to be careful here,'” Gase said. “I was worried that something bad was going to happen, we need him for the next week. They were smart and they pulled him off. I said, ‘Just calm him down,’ and then we were off the field.

“To me, I didn’t look at that as benching. That was more like, ‘Hey, let’s just calm him down,'” Gase added. “There was no hidden meaning behind it. That was my gut reaction.”

Gase said he understood “100 percent” why Adams wasn’t happy, saying, “He’s a competitor, man. He’s intense. He’s all in. I didn’t get to see him until after the game.”

Adams didn’t take it that way. Speaking on WFAN radio, he said, “Yeah, I got benched. They benched me.” That may explain why he removed his Jets bio from his social-media accounts.

Mike Greenberg takes a detour in the script to complain about his Jets and how they appear to have taken a turn for the worse this season.

The Jets could have a brewing problem with Johnson, who hasn’t lived up to expectations, according to Gase. “It hasn’t worked out as well as we need it to,” Gase said. “The good thing is, we’ve got a long ways to go.”

Johnson could be on the bench again when the Jets (0-2) face the New England Patriots (2-0) on Sunday. He’s splitting practice reps with Nate Hairston, who started Monday night. They split reps last week, too, but the change didn’t come to light until game time.

Johnson was in uniform, but he saw no action until late in the fourth quarter when Hairston went out with leg cramps. Johnson played only three defensive snaps.

Gase wouldn’t reveal his plans for Sunday but was pleased with the cornerback play, saying, “Our corners weren’t our problem this game.”

The Jets could look to trade Johnson before the midseason deadline, but it will be difficult because of his contract.

He’s making a guaranteed $8 million in the second year of a five-year, $72.5 million contract. His $14.5 million average per year trails only Xavien Howard ($15.05 million) and Josh Norman ($15 million). If the Jets cut Johnson, they’re on the hook for his 2019 salary and would get no salary-cap relief.

Chances are, they would likely release him before the third day of the 2020 league year, when his $11 million salary would become fully guaranteed.

Johnson isn’t happy about his demotion.

“Of course I’m upset,” he said. “But at the same time, my main focus is bigger than (the demotion). It’s to help my teammates win games.”

Johnson said he “didn’t agree with” the benching, but he acknowledged he wasn’t sharp in the season opener.

“There were some plays I usually make,” he said. “You live and learn. You come back and fix it and you make sure you don’t make (the mistakes) again.”

The Jets had high hopes for Johnson, thinking the reunion with defensive coordinator Gregg Williams would revitalize his career after a lackluster 2018. He played his best ball under Williams with the Rams.

“In the spring, there was some good stuff,” Gase said. “In training camp, he got injured and there were good days and bad days. Obviously, there was the evaluation after (Week 1). That’s what we went with.”